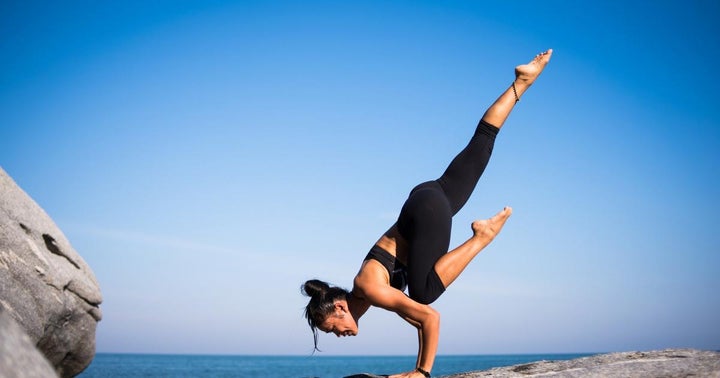 Etsy, Inc (NASDAQ:ETSY), Lululemon Athletica (NASDAQ:LULU) and Moderna, Inc (NASDAQ:MRNA) have all settled into bullish flag patterns on the daily chart. The bull flag pattern is created with a sharp rise higher forming the pole, which is then followed by a consolidation pattern that brings the stock lower between a channel with parallel lines.

A bull flag is negated when a stock closes a trading day below the lower trendline of the flag pattern or if the flag falls more than 50% down the length of the pole. 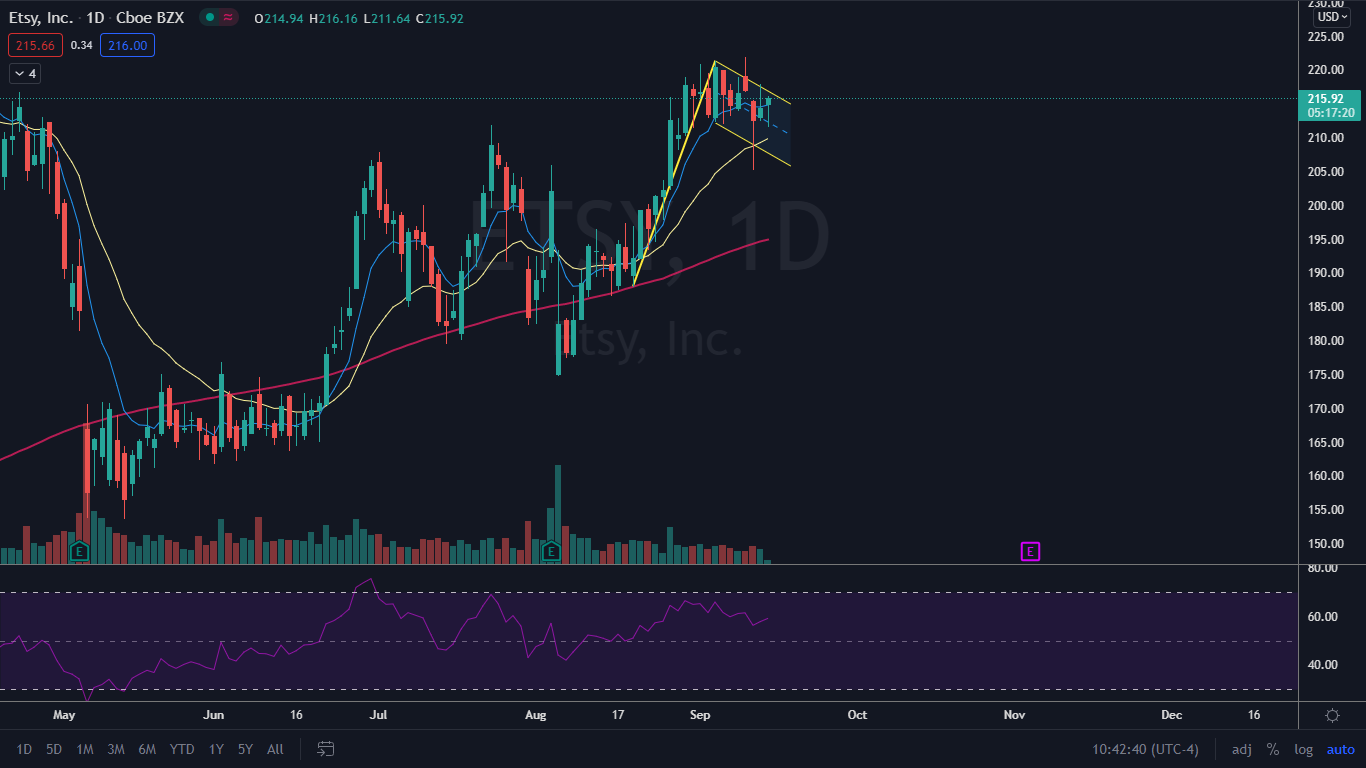 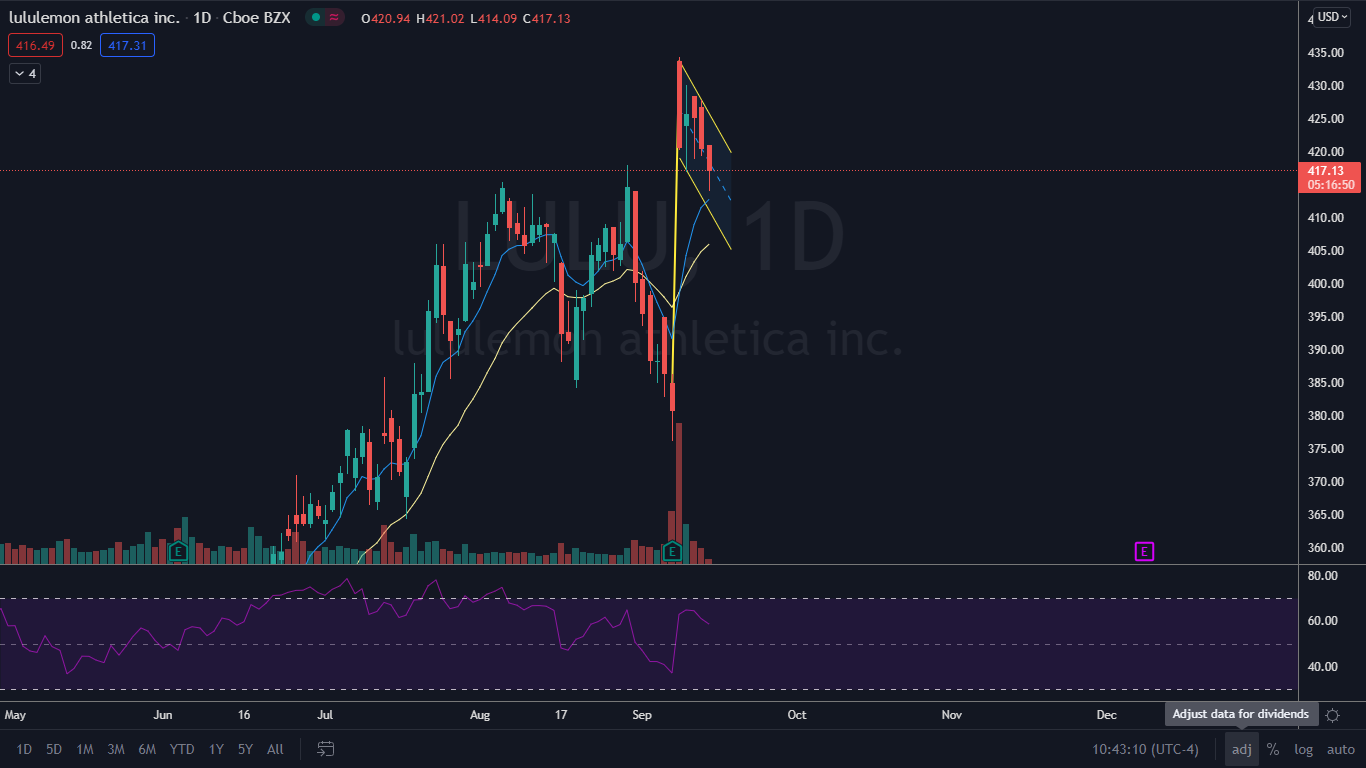 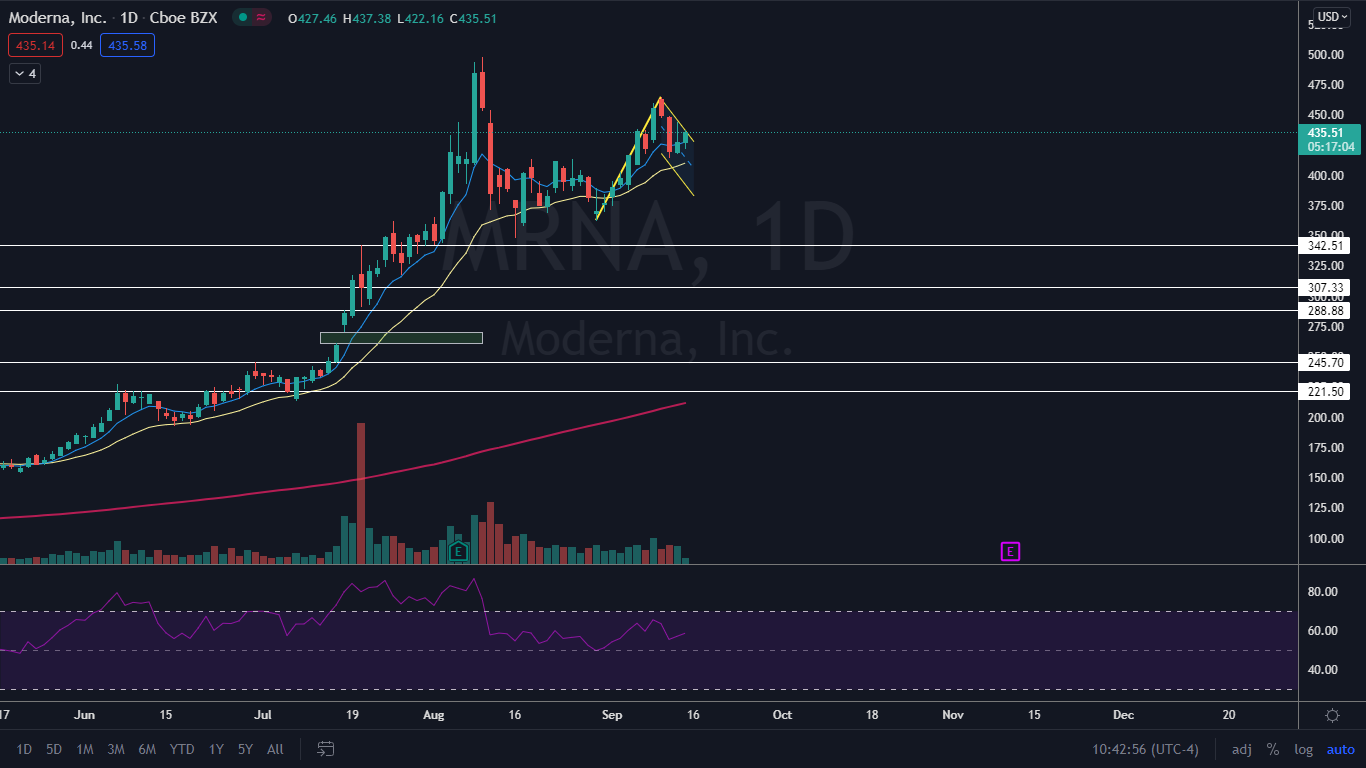 A Forecast For Etsy's Stock Based On The Daily Chart

Etsy Inc. (NASDAQ: ETSY) shares are trading higher Thursday, although there looks to be no company-specific news to explain the jump in price. The stock was trending on social media sites throughout the day. Etsy closed up 5.1% at $212.59. read more

8 Best Growth Stocks For The Second Half Of 2021

Despite inflationary pressures and the possibility of a Fed interest rate hike in the offing, growth stocks have continued the momentum gained in 2020. All three major indices recorded double-digit gains in the first half of 2021. The Dow, S&P 500 and Nasdaq added 12.7%, 14.4% and 12.5%, respectively, in the first six months of the year. read more

Benzinga's Bulls And Bears Of The Week: Amazon, Robinhood, Moderna, Tesla And More

Benzinga has examined the prospects for the favorite stocks of many investors over the past week. read more

Etsy Gets Hammered: Here's The Critical Level For The Stock

Shares of Etsy, Inc. (NASDAQ: ETSY) are trading down by more than 7% Thursday morning. The company reported its quarterly earnings and investors didn’t like what they saw. read more