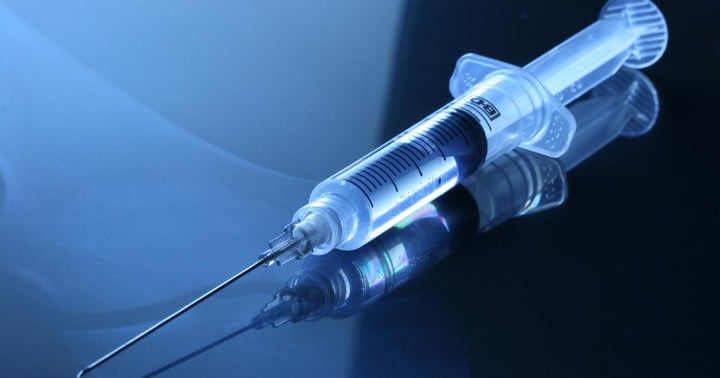 Benzinga’s Stock Wars series matches up two leaders in a major industry sector, with the goal of letting readers decide which company is the better investment.

In this week’s installment, we take a look at two pharmaceutical giants at the forefront of the COVID-19 vaccine development: AstraZeneca plc (NASDAQ:AZN) and Pfizer Inc. (NYSE:PFE).

The AstraZeneca Experience: AstraZeneca was founded in 1999 through the merger of the Swedish Astra AB, which dated back to 1913, and Britain’s Zeneca Group plc, with the merged company setting up its headquarters in Britain.

During the COVID-19 crisis, AstraZeneca teamed with scientists at Oxford University to create a vaccine to stop the spread of the pandemic. The first doses of the vaccine given to patients outside of clinical tests took place in the U.K. in January, and one month later the World Health Organization issued interim guidance and recommended the vaccine for all adults.

But AstraZeneca’s vaccine rollout has been disrupted by reports of patients receiving blood clots after receiving their doses. The efficacy of the vaccine against variants of the virus was also questioned, and the company has been plagued by delivery delays. Several countries have either paused or canceled their use of the vaccine because of the problems associated with its administration.

To date, AstraZeneca has yet to request the U.S. Food and Drug Administration (FDA) approve the vaccine, nor has it given a firm date regarding when it might submit its’ application.

But despite its problems, AstraZeneca reported $275 million in revenue the first quarter from deliveries of 68 million vaccine doses to more than 165 countries; the company pledged to deliver the vaccine on a nonprofit basis while the pandemic persists. CEO Pascal Soriot acknowledged the problems with the vaccine without apologizing for the problems associated with it, telling a recent conference, “We never pretended that we were going to be perfect.”

See Also: Who Is — And Will Be — Making Money From COVID-19 Vaccines?

Outside of COVID, AstraZeneca has been making progress on other fronts. The FDA just approved AstraZeneca’s Farxiga for treating chronic kidney disease in patients, and two weeks ago the U.S. Federal Trade Commission gave its approval for AstraZeneca’s proposed acquisition of Alexion Pharmaceuticals Inc (NASDAQ:ALXN), which is slated for the third quarter pending approvals from the U.K., Japan and European Union (EU).

The company has made greater inroads within the Chinese market, with a first-quarter revenue increase of 19%. China represents 65% of AstraZeneca’s emerging markets total, with activity primarily driven by Faxiga and the oncology drug Tagrisso.

In its earnings data released last week, the company reported $7.32 billion, up from $6.3 billion one year earlier; $3 billion of the quarter’s revenue came from its oncology drug lines.

The company’s divestment of its 26.7% stake in Viela Bio as part of the proposed acquisition of Viela by Horizon Therapeutics contributed to a non-taxable windfall that helped raised the profit level for the quarter. The quarter’s reported EPS of $1.19 was up from the $0.59 level of one year earlier.

The Pfizer Experience: Founded in 1849 by German immigrant cousins Charles Pfizer and Charles F. Erhart, this company is headquartered on 42nd Street in the heart of Manhattan.

Pfizer collaborated with the German company BioNTech (NASDAQ:BNTX) on its COVID-19 vaccine BNT162b2, which was the first to be approved for national use on Dec. 2 by the U.K. government, with the FDA granting emergency use authorization in the U.S. nine days later.

Unlike AstraZeneca, Pfizer’s vaccine rollout hasn't been shrouded in problems. On April 19, the company announced it will be supplying an additional 100 million doses of the vaccine to the 27 EU member states in 2021, which will bring the total number of doses to be delivered to the EU to 600 million. Later this week, the FDA is expected to approve the Pfizer vaccine for administration to those between the ages of 12-15.

Beyond its COVID-19 activity, Pfizer acquired Amplyx Pharmaceuticals, a privately-held company focused on developing therapies for people with compromised immune systems who face debilitating and life-threatening diseases, last week for an undisclosed sum.

In early April, the FDA extended its priority review period for the New Drug Application for Pfizer’s abrocitinib in the treatment of adults and adolescents with moderate to severe atopic dermatitis. The agency also extended the review period for the Supplemental New Drug Applications for Xeljanz and Xeljanz XR for the treatment of adults with active ankylosing spondylitis, an arthritic condition impacting the spine, by three months, with a goal date in early in the third quarter.

In March, the company encountered a setback on the osteoarthritis drug tanezumab that it developed with Eli Lilly and Co (NYSE:LLY) – the FDA’s Joint Arthritis Advisory Committee and Drug Safety and Risk Management Advisory Committee was tasked to vote on whether the proposed risk evaluation and mitigation strategy for tanezumab will ensure its benefits outweigh its risks. The committee voted 19 against and 1 in favor, and Ken Verburg, tanezumab development team leader at Pfizer Global Product Development, responded to the negative outcome by promising to “continue to work with the FDA as the agency continues its review of our application.”

For its first-quarter earnings, Pfizer recorded $14.5 billion in total revenue, up from $10 billion a year earlier; $4.8 billion came from its vaccines, with $2.8 billion from oncology and $2.5 billion from internal medicine. (Unlike AstraZeneca, Pfizer is selling its vaccines for a profit.) First-quarter reported diluted EPS was 86 cents and adjusted diluted EPS was 93 cents.

“Even excluding the growth provided from BNT162b2, our revenues grew 8% operationally, which aligns with our stated goal of delivering at least a 6% compound annual growth rate through 2025,” said Chairman and CEO Albert Bourla.

The Verdict: Both companies are fine additions to any portfolio. While Pfizer is the larger of the two and has enjoyed a smoother experience in the development and distribution of its COVID-19 vaccine, AstraZeneca has room for improvement – and there is little reason to doubt that it will continue to better itself.

One area where AstraZeneca can prove the worth of its vaccine is in India, which is undergoing a pandemic resurgence of catastrophic proportions. According to a Reuters report, India expects to secure the largest percentage of 60 million AstraZeneca vaccine doses that the U.S. will share globally.

In comparison, Pfizer reopened talks with India’s government yesterday on what Bourla described as an “expedited approval pathway” for vaccine distribution. Pfizer is only distributing the vaccine supplies through government contracts.

If AstraZeneca gets its vaccine to India first and is able to bring positive results without creating new health problems, this could be a game-changer on how its vaccine is perceived – and the financial results for the company could be substantial. 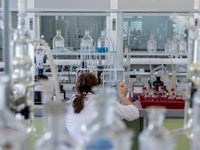 The biotechnology space is always fertile territory for mergers and acquisitions, and that theme was on display over the weekend when AstraZeneca (NYSE: AZN) announced a read more 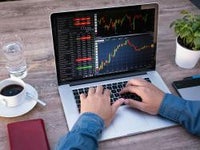 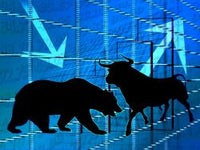 Has A Biotech Recovery Started Yet?