Shopping For Stocks Or Projects? Pinterest, Target Have Set Up Daily Bull Flags 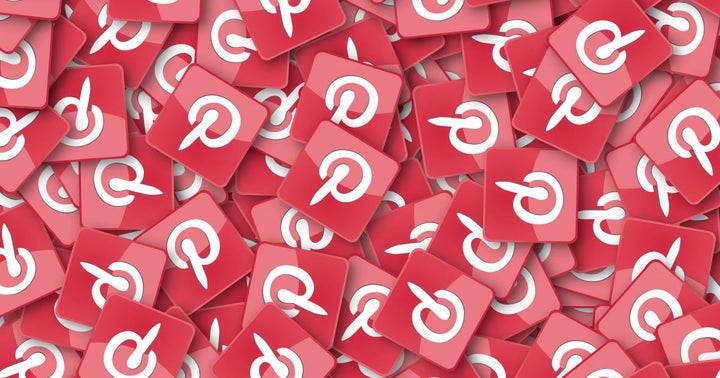 Target Corp (NYSE:TGT) and Pinterest Inc (NYSE:PINS) have been partnered since 2014 when Target announced customers would be able to access information about Target’s products directly through Pinterest’s Rich Pins software.

With both recently reaching new all-time highs, Target and Pinterest stocks have synced up to create bull flags on their daily charts.

The Pinterest Chart: After reaching a new all-time high of $89.90 on Feb.16, Pinterest’s stock fell over 30% before making a trend change back to the bulls. On March 21, when Pinterest's stock put in a high low on the daily chart, bulls felt confident the stock would go higher and the stock ran up 31% before beginning to consolidate in a bullish descending channel.

The 31% rise in Pinterest’s stock makes the pole in the bull flag pattern while the descending channel makes the flag.

Pinterest is trading above the eight-day and 21-day exponential moving averages, which is bullish, but the stock is too extended from the commonly followed EMAs. On Wednesday when Pinterest tried to make a bullish break up out of the flag pattern, it rejected, possibly due to the distance between the stock and the EMAs and it fell back down into the descending channel.

Bulls want to see Pinterest’s stock make another bullish break attempt and for it to hold above the descending channel. With increasing bull volume, Pinterest could then jump up over its resistance at $87.33 and make a run back for its all-time high.

Bears want to see Pinterest’s stock negate the bull flag pattern and for it to continue trending downwards until it loses support at $80.44. If that level of support is lost, the stock could fall down to fill the gap at the $75 mark, which is slightly above Pinterest’s next support level at $72.90. 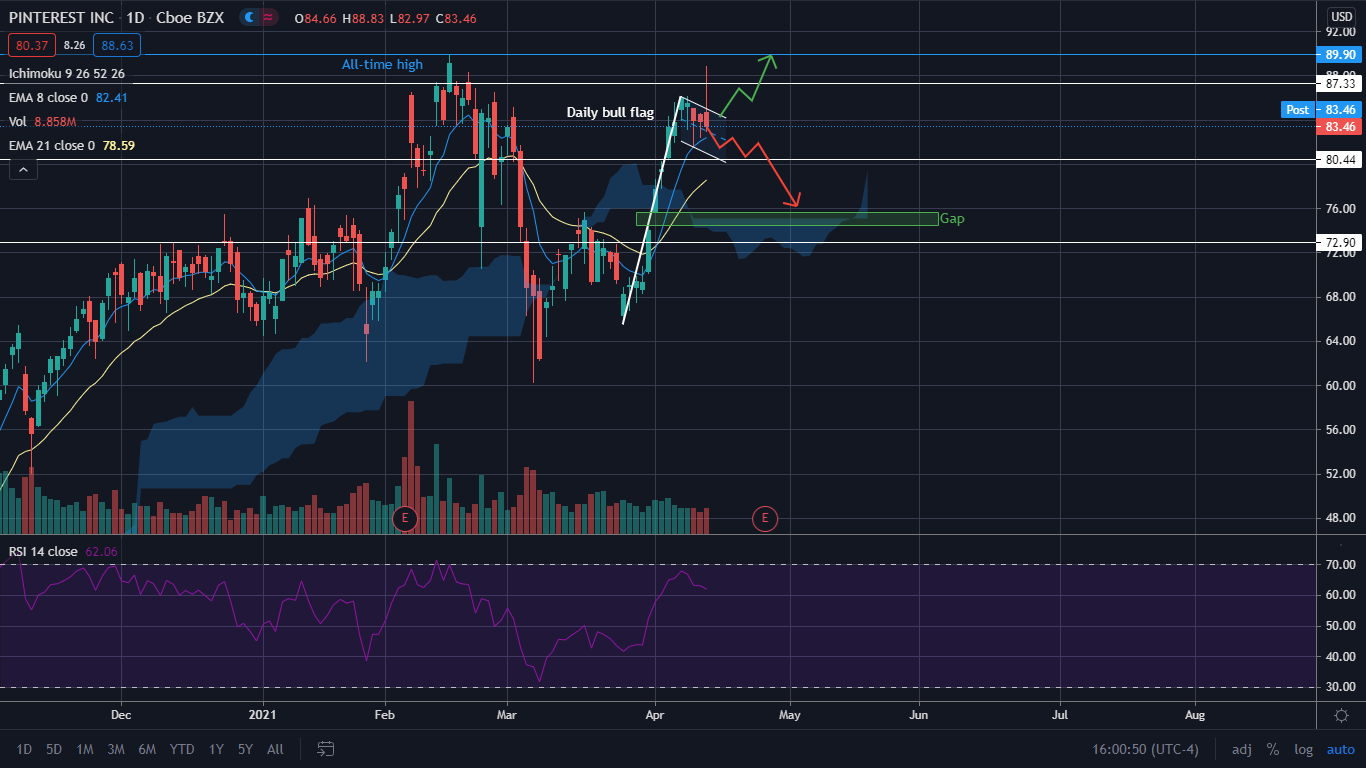 The Target Chart: After making a new all-time high of $207.38 on April 8, Target’s stock has been consolidating in a descending channel. Coupled with a pole, made from Target’s 32% rise between March 25 and April 8, the descending channel makes up the flag of a bull flag pattern.

On Wednesday afternoon Target’s stock attempted to break the upper sloping trendline of the descending channel but has so far rejected it. Target is trading on the eight-day EMA but is somewhat extended from the 21-day EMA, which might need time to catch up before breaking up from the pattern.

Bulls want to see Target’s bull volume come into the stock to help it break above the descending channel. This would give Target the ability to make a run back for all-time highs.

Bears want to see Target’s stock continue its trek downward in the channel until it loses support at around the $200 mark. If the stock loses that support level, it could gravitate down to its next support at $194.45 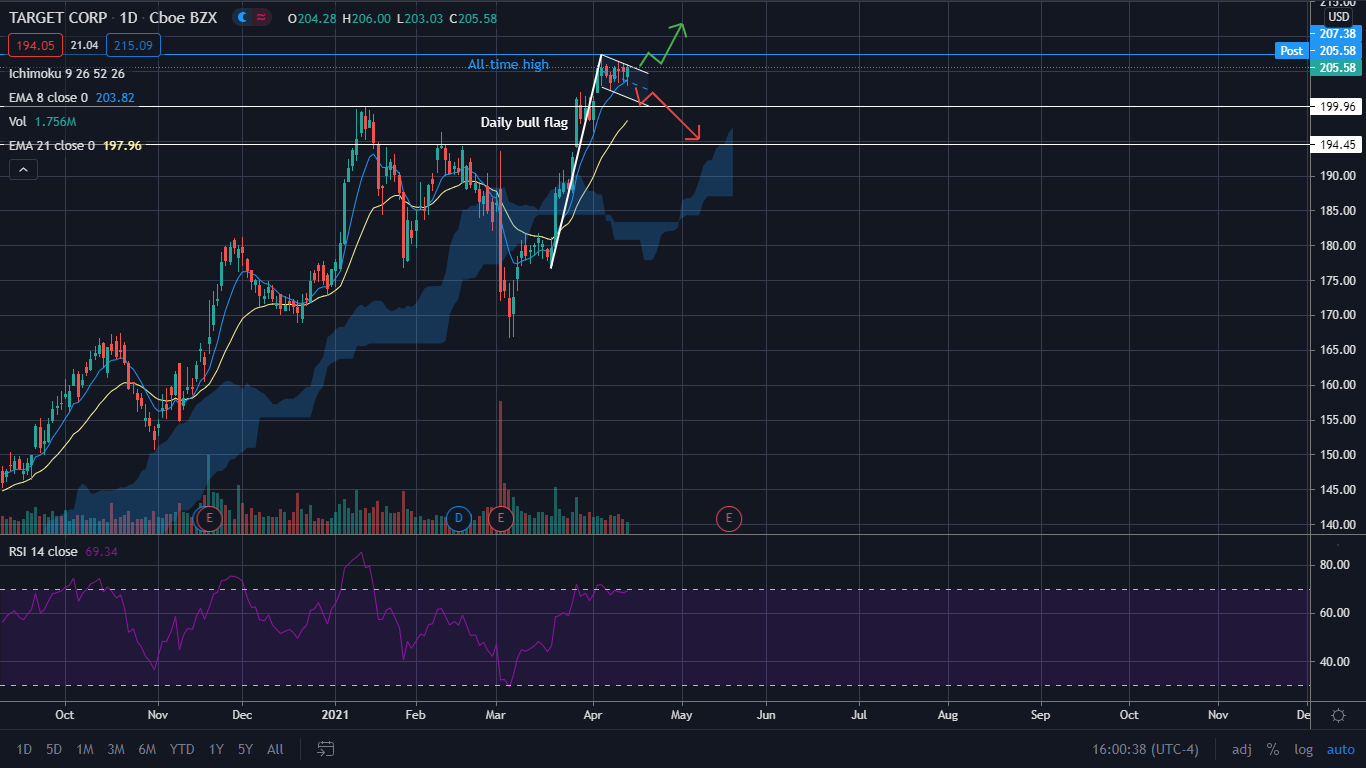 Cathie Wood-led Ark Invest rushed to scoop up shares in Pinterest Inc (NYSE: PINS) as shares of the company tumbled 18% on Friday and said the social media platform could become a prime beneficiary of the shift toward social commerce. read more

Tesla Inc (NASDAQ: TSLA) bull Cathie Wood-led Ark Invest sold some of the shares in the electric vehicle maker months after setting a steep price target on the stock as the investment management firm re-balances its portfolio. read more