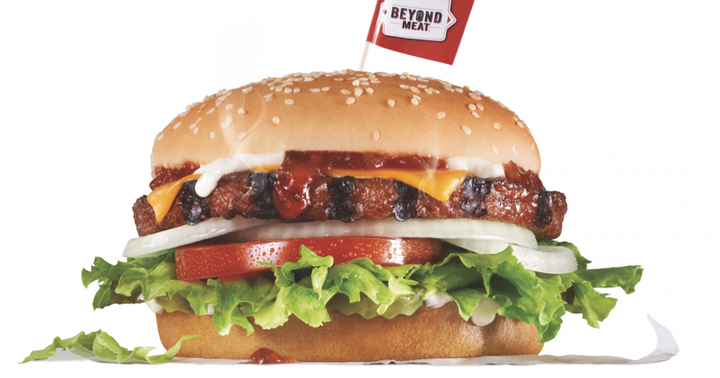 It can be said that value is in the eye of the beholder, but there probably isn't a practical universe in which Beyond Meat (NASDAQ:BYND) stock is considered value fare.

Value stocks typically don't rise 71% in less than a month as Beyond Meat shares have done so to start 2020. For those that need more convincing this stock isn't more expensive, there's the following data courtesy of Morningstar: a price-to-sales ratio of 28.62 times, a price-to-book ratio of 17.82 times and a jaw-dropping forward price-to-earnings ratio of 416.67 times.

The research firm classifies Beyond Meat as a mid-cap growth stock, yet here we are discussing the stock's appearance in not one, but several value exchange traded funds.

To be fair, the following funds don't necessarily have significant Beyond Meat exposure on a percentage basis. Few ETFs do, but some of these products are value funds and are among the largest shareholders in Beyond Meat, a stock that clearly isn't a value proposition.

The iShares Russell 1000 Value ETF (NYSE:IWD) tracks the Russell 1000 Value Index, the value offshoot of the popular Russell 1000, and holds 764 stocks. Beyond Meat represents a scant 0.03% of this ETF's weight, but this fund does hold nearly 136,000 shares of the stock. On that basis, IWD is one of the largest ETF owners of Beyond Meat and, as its name implies, is a value fund.

I thought I said Morningstar classifies beyond as a mid-cap growth stock? I did, but here it is appearing in the iShares Russell Mid-Cap Value ETF (NYSE:IWS), which is supposed to be a mid-cap value fund.

The $12 billion IWS follows the Russell MidCap Value Index and holds 631 stocks, none of which exceed weights of 0.90%, so its fair to say Beyond Meat doesn't dominate this fund. It doesn't. Not at weight of 0.10%, but the stock's residence in this ETF is still quixotic at best.

This is where things get really interesting. The Vanguard Small-Cap Value ETF (NYSE:VBR) is a fine fund, but for those who believe in small-cap territory ending in the $2 billion to $2.5 billion, VBR is a violator with a median market value of $4.2 billion, but even that's a far cry from Beyond Meat's $7.71 billion market value.

No matter how liberal the application of “small cap” is, it's hard to call Beyond Meat a small-cap stock, let alone one with the value designation. Yet somehow someway, VBR owns more shares of Beyond Meat (nearly 308,000) than any other ETF.

See the commentary on IWD because VONV also tracks the Russel 1000 Value Index.

Salesforce And Beyond Meat – Earnings Moves And Options Trading.

Salesforce.com, Inc. (NYSE: CRM) and Beyond Meat Inc. (NASDAQ: BYND) are two of the companies set to report earnings Thursday after the close. read more

Benzinga has examined the prospects for many investor favorite stocks over the past week. The week's bullish calls included aerospace, automaker and pharmaceutical giants. A leading semiconductor maker and a struggling retailer were among the bearish calls. read more

Why This CEO Is Bullish On GM And Hershey, Bearish On Peloton And Beyond Meat