Carnage for U.S. equities continued Thursday with the S&P 500 shedding more than 2 percent, a slide that brings the U.S. equity benchmark's one-week loss to nearly 6 percent.

The sudden deterioration in U.S. stocks created a rare bearish technical condition, affecting some of the largest exchange traded funds in the process.

Pension Partners Director of Research Charlie Bilello noted on Twitter that the S&P 500 had not closed below its 200-day moving average in 577 days. The index did just that Thursday.

The SPDR S&P 500 ETF (NYSE:SPY), the world's largest ETF by assets, actually slipped 2.2 percent Thursday and is lower by 5.97 percent over the past week. SPY now resides 1.47 percent below its 200-day moving average.

It's official. The S&P 500 ETF closed below its 200-day moving average today for the first time since June 2016, ending the longest run in its history. $SPY pic.twitter.com/beIozwEKNF

Technical weakness in the S&P 500 is important for myriad reasons and particularly so in the world of ETFs for at least one simple: the amount of assets allocated to SPY and the two other traditional cap-weighted S&P 500 ETFs is massive.

Entering Thursday's trading session, three of the four largest US-listed ETFs were SPY, the iShares Core S&P 500 ETF (NYSE:IVV) and the Vanguard S&P 500 ETF (NYSE:VOO). Those are three of the four U.S.-listed ETFs with $100 billion ore more in assets under management. In order, SPY, IVV and VOO combine for a staggering $531.36 billion in assets under management.

The technology sector's struggles this week are a major reason why the S&P 500 and the aforementioned ETFs are sliding. As of Oct. 10, the index had a technology weight of 20.27 percent, or 502 basis points more than its second-largest sector exposure, which is health care.

Bell Tolls For These Leveraged ETFs

A Long Run Of Success For This ETF 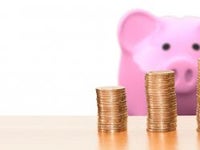 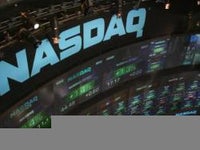 In the world of exchange traded funds, it's often said that $100 million in assets is what an issuer needs to turn a profit on a particular fund. Of course, making it to $1 billion is impressive and $10 billion is rarefied air. read more