The typical course of action investors take with new exchange traded funds is to wait for the rookie fund to accumulate some assets and decent trading volume before committing their own capital.

Some new ETFs, however, do merit immediate consideration, particularly when the fundamentals for the ETF's underlying investment objective look attractive. That is the case with the newly minted Defiance Future Tech ETF (NYSE:AUGR), which debuted earlier this month.

AUGR is the first ETF issued by Defiance. The new ETF follows the equal-weight BlueStar Augmented and Virtual Reality Index.

AUGR's benchmark is a rules-based index tracking stocks that are related to augmented and virtual reality within one of the following categories, according to the fund's issuer:

Not all new ETFs have the benefit of good timing. As for AUGR, its timing could be impeccable due to the expected growth of augmented reality and virtual reality technologies.

“According to the BCC Research report 'Virtual and Augmented Reality: Technologies and Global Markets through 2023,' the VR and AR technologies market was valued at $8.8 billion in 2017 and is predicted to reach $142.4 billion by 2023, indicating a compound annual growth rate of 60.4 percent,” said BCC Research.

“The impressive growth of VR and AR in gaming and other applications has contributed significantly to the market over the last two decades,” said BCC.

“In 2014, the acquisition of Oculus by Facebook.com, Inc. (NASDAQ:FB) was a game-changer for the VR industry. Major tech giants such as Alphabet Inc (NASDAQ:GOOG) (NASDAQ:GOOGL)'s Google released interim virtual reality products like the DIY headset, which uses Google Cardboard and Google Daydream with smartphones. Companies like Samsung Electronics Co Ltd (OTC:SSNLF) have taken this concept further with products such as Galaxy Gear, containing smart features such as gesture control.” 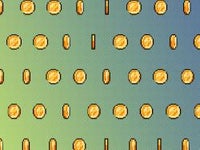 Get Ready For Another Video Game ETF