Grabbing Small-Caps Outside The United States

Small-cap stocks and exchange-traded funds have delivered impressive post-Election Day performances. For example, the Russell 2000 Index and the S&P SmallCap 600 Index are each higher by nearly 5 percent over the past 90 days.

Some international small-cap ETFs have been doing even better over the past three months. During that time, the Vanguard FTSE All-Wd Ex US Small Cap ETF (NYSE:VSS) has surged 7.6 percent. VSS represents a cost-effective, liquid option for investors looking for highly diverse exposure to ex-U.S. small-cap equities.

Data suggest it was not coincidental that small-cap stocks and ETFs were surging in unison with 10-year Treasury yields. The Russell 2000 has a sensitivity, or beta, to 10-year Treasury yields of 0.060 while the comparable metric for the S&P SmallCap 600 is 0.056, according to S&P Dow Jones data. Conversely, international small-cap can be good diversifiers in sanguine interest rate environments.

Related Link: This Dividend ETF Is Topping Its Rivals

VSS tracks the FTSE Global Small Cap ex U.S. Index and when it is said this ETF is diverse, that is a statement to be believed. The Vanguard ETF holds nearly 3,500 stocks and its top 10 holdings represented just over 3 percent of its weight at the end of January, according to issuer data.

VSS is also diverse at the geographic, but on that note, investors should realize that this is not a dedicated developed markets ETFs as emerging markets represent nearly 19 percent of the VSS roster. Europe and Asia-Pacific markets combine for about two-thirds of the geographic lineup in VSS while North American small-caps chime in at 14.5 percent.

Overall, 45 countries are represented in VSS with weights ranging from 0.1 percent at the bottom to 16 percent. Although its wide country lineup and emerging markets exposure can imply some level of “exotic,” the VSS country is mostly conservative with Japan, Canada and the U.K. combining for 42.5 percent of the ETF's weight.

The median market value of the stocks found in VSS is $1.5 billion, putting the ETF's roster at the large end of small-cap. With a price-to-earnings ratio of just under 23, the valuation on VSS is mostly inline with that of the Russell 2000.

Last week, Vanguard announced another batch of fee cuts, including one for VSS, lowering the ETF's annual fee to 0.13 percent from 0.17 percent. VSS is now cheaper than 91 percent of rival funds, according to Vanguard. 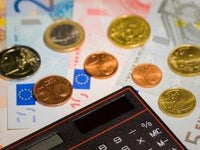 Under The Hood: All The Small Caps You Can Handle With This ETF