Dividend Yields Are Doing Something Rare

It didn't get much attention, but the S&P 500's dividend yield did something rare last month. The dividend yield on the benchmark U.S. equity index hit 2.3 percent on February 29, something it had not done since September 2009, according to WisdomTree, the fifth-largest U.S. ETF issuer.

That scenario was a cue to buy dividend exchange traded funds. For example, the WisdomTree LargeCap Dividend Fund (NYSE: DLN) is up nearly 9 percent since February 11. The $1.69 billion DLN celebrates its 10th anniversary in June.

“At the end of February, the S&P 500 stood at 1,932, some 90% higher than in 2009. The fact that the dividend yield was at the same level means that aggregate dividends also rose approximately 90% over the period—or more than 10% per year,” said WisdomTree Research Director Jeremy Schwartz in a note out Tuesday. “This shows that the gains in the market were not being artificially driven by Fed easing. Since September 2009, the market gains have been broadly in line with the dividend growth of the market.”

DLN's underlying “index is dividend weighted annually to reflect the proportionate share of the aggregate cash dividends each component company is projected to pay in the coming year,” according to WisdomTree.

Making DLN a compelling bet among dividend ETFs is not only its long-term track record, but its ability to weather slower earnings growth in the S&P 500.

“While earnings deteriorated in aggregate in 2015, the median dividend growth for S&P 500 companies was still approximately 10%. While double-digit rates are unlikely to continue indefinitely, we can potentially see per share growth rates of 7%–8% continue. This is our expectation for dividend growth on the market over the next five years and longer,” adds Schwartz.

Over the year, DLN is up about 0.5 percent, including dividends paid. That may not sound like much, but it is better than negative performances generated by the S&P 500 and the largest U.S. dividend ETF over that period. 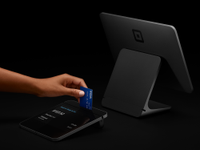 Is Now The Time To Buy Stock Or Options In Apple, PayPal, Square Or Vaxart? 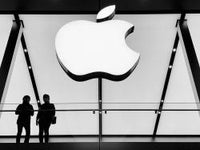 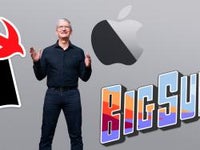