Here's How A Future With Fewer Car-Owners Could Benefit GM

Many were surprised to learn that automaker General Motors Co. (NYSE: GM) had purchased failing ride-sharing service Sidecar Technologies shortly after making a $500 million investment in Uber rival Lyft. However, analysts say that GM’s efforts to cement its place in the ever-expanding sharing economy are a good way to invest in the brand’s long-term future.

An Industry On Thin Ice

The auto-industry could be on thin ice as self-driving cars become a plausible reality and services like Uber continue to gain popularity. Many believe that once autonomous cars are road-ready, many people will abandon car ownership and instead use on-demand services to get from one place to another. While companies like GM, Tesla (NASDAQ: TSLA) and Ford Motor Co (NYSE: F) are participating in the driverless car revolution, not many have begun to prepare for a decline in vehicle ownership quite like GM.

On Wednesday, the firm launched its own car-sharing service that allows people to rent or borrow vehicles for short periods of time at reduced rates. The service closely mirrors that of Daimler AG‘s (OTC: DDAIF) Car2Go service, that primarily targets young people and those living in a city where parking can be a problem. GM President Dan Ammann said the company’s efforts to break into the car-sharing space are an important long-term strategy as a new segment of consumers who are not interested in car ownership is growing rapidly.

The Future Of GM

At the moment, it remains unclear just how GM will stay afloat in the rapidly changing industry. Many see the company’s partnership with Lyft keeping the automaker abreast of the most current trends and helping the company attract new talent in Silicon Valley. Together, the two firms are expected to use GM’s self-driving car technology in order to expand Lyft services and eventually create a fully automated system that allows people to get from one location to another at the touch of a button. 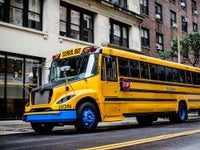 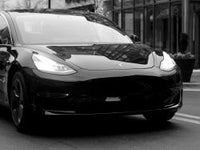 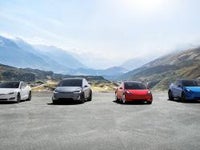 Tesla Inc (NASDAQ: TSLA) shares rallied another 4% to new all-time highs on Thursday morning following this week's news that the stock will be added to the S&P 500. read more 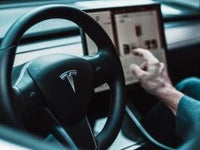