REITs Rejoice On Fed Remarks: Were These Top Gainers Driven By News?

While a rising tide usually helps to raise all ships, conversely, sharp rises in short-term interest rates tend to sink shares in the REIT sector.

However, after Mr. Market finished parsing the latest Fed pronouncement by Chairman Janet Yellen, REIT investors were thrilled to see that there were some benign signals mixed into the message. 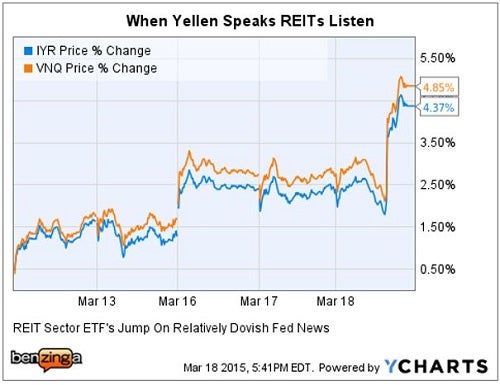 These REITs may have just celebrated St. Patrick’s Day a day late, since the entire sector was wearing green at the close of trading Wednesday.

Micro-cap REITs were not included for consideration.

Notably, the health care REIT sector is notoriously sensitive to which way the interest rate winds are blowing.

However, investors could have easily overlooked the news catalysts for both Penn REIT and Gramercy Property Trust, on a trading day that ended on such a euphoric note.

REITs In The News

Retail REITs that own regional malls have been in the news of late, with the Macerich Co (NYSE: MAC) board attempting to ward off the advances of sector leader Simon Property Group Inc (NYSE: SPG).

The major reason why Macerich is attractive to Simon is the relatively high quality and location of its portfolio of mall assets.

Macerich is currently involved in a major mixed-use urban redevelopment project called “The Gallery” in downtown Philadelphia with Pennsylvania R.E.I.T. 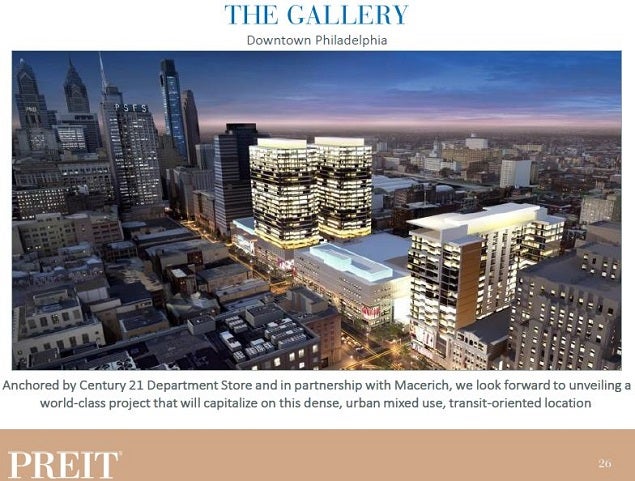 Recently, Penn REIT headlines have been quite encouraging regarding the ongoing upgrade of its own portfolio:

2. On Tuesday, Penn REIT (also referred to as "PREIT" in the note) announced the signing of new upscale tenants for in its "Premier Malls." 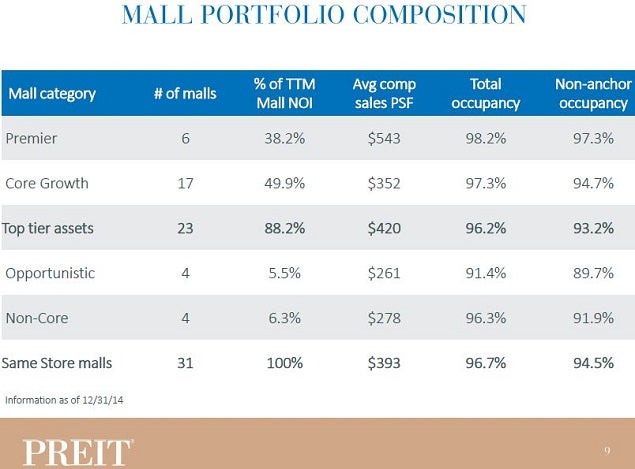 Well-located malls with a good mix of in-demand retailers and an updated, contemporary look combine with strong demographics to generate higher sales per square foot. Malls at the other end of the spectrum are either wasting away or dead. 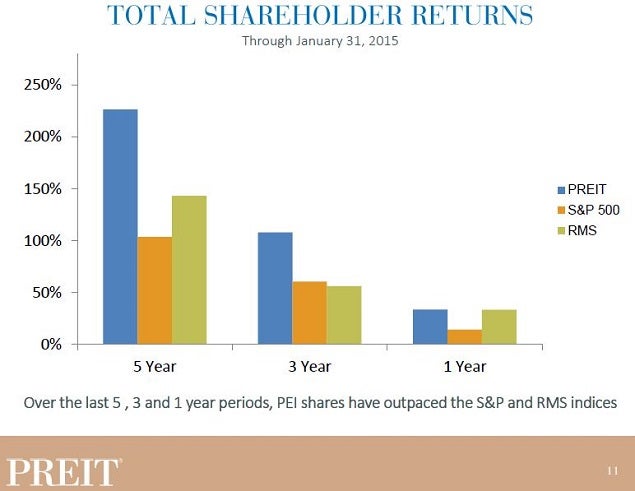 Notably, Penn REIT has a record of paying 152 consecutive dividends to shareholders since 1962.

Gramercy Property Trust – An Inside Story?

Investors may be unaware that on Friday Gramercy will be reducing its share count from 188 million to 47 million through a 1:4 reverse-split. That will result in a stock price going from trading in single-digits to closer to $30 per share based upon its Wednesday close of $7.15.

However, the real catalyst in the gain in GPT shares may have been easily overlooked.

Insider Monkey released an article after the market closed Tuesday that publicized hedge fund Citadel Investment Group’s increase in ownership of GPT shares, from 5.32 million at the end of last year to 9.58 million shares – or, a 5.1 percent stake.

In A Related Story

The management team at Gramercy has considerable skin-in-the-game as well. 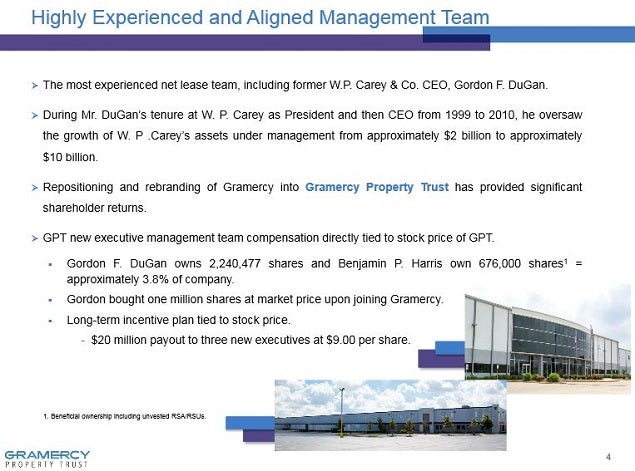 In order for the incentive plan to kick in, shares of GPT would need to increase another 20.5 percent.

GPT – The Rest Of The Story 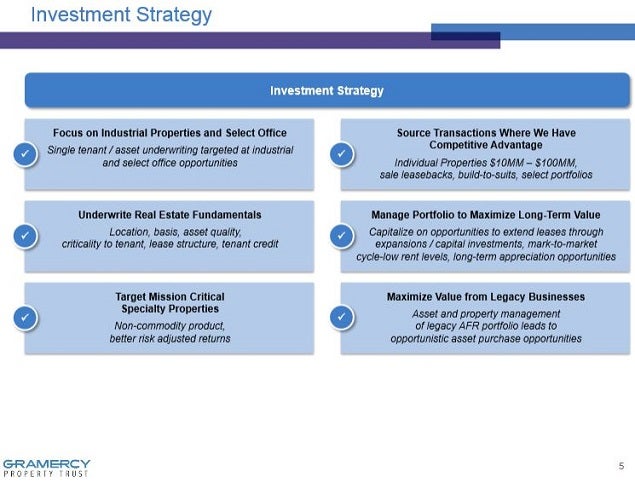 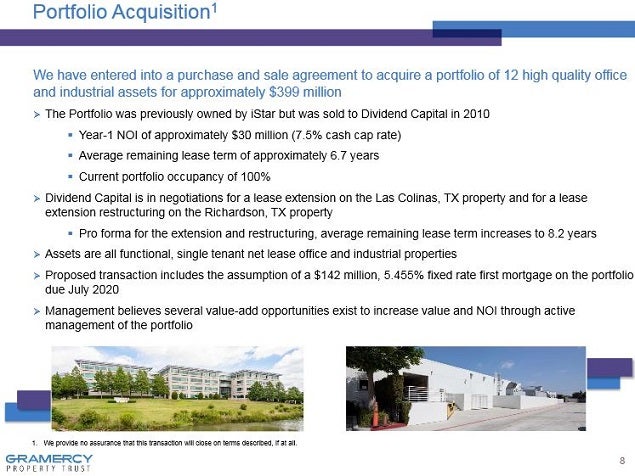 On March 11, Gramercy announced that the acquisition of this 12-property portfolio had closed. 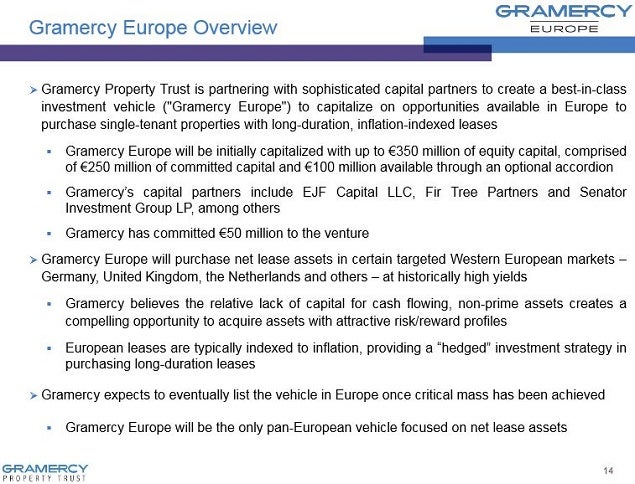 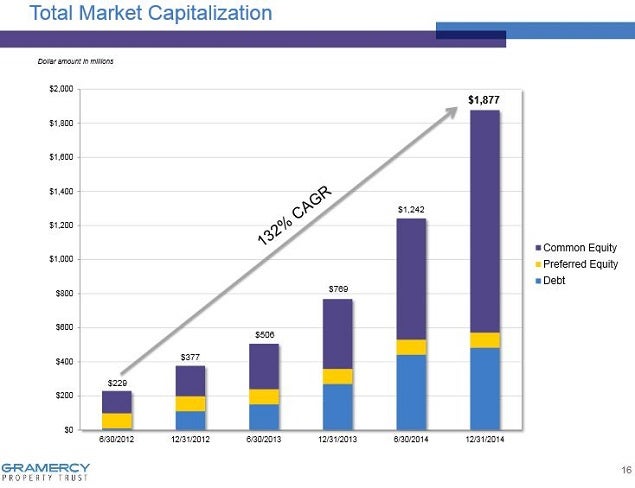 Gramercy is still small enough to move the needle significantly through accretive acquisitions.

Both of these small-cap REITs appear to be buoyed by more than just the recent Fed news.