Will The S&P See A Large Decline In The Short Term?

The question of the day is relatively straightforward at this time: Will we see a meaningful decline (defined as a loss of -10 percent or more) on the S&P 500 (NYSE: SPY) in the near term or not?

From the bears' perspective, the answer is an unequivocal "yes." Our furry friends cite the ongoing mo-mo meltdown (Social Media (NASDAQ: SOCL), Internet (NYSE: FDN), and Biotech (NYSE: XBI) all hit fresh lows this week), the rotation into defensive sectors (Utilities (NYSE: XLU), Staples (NYSE: XLP), etc.), the Presidential cycle, the situation in Ukraine/Russia, the Fed's taper, a pick-up in inflation and the ever popular "Sell in May and go away" strategy.

In the opposing dugout, the bulls are quick to remind us that there have been several cases in history where the broad market was not impacted by a mo-mo meltdown to any great degree (See Can the Market Survive the Mo-Mo Meltdown?), that the economy appears to be bouncing back from the polar vortex-induced pause, that rates are behaving, that inflation remains below the Fed's target, that the "Sell in May" game doesn't always work, and that "something everyone knows isn't worth knowing."

Something That Everyone Knows…

To have some fun, take a look at the search volume for the phrase "Sell in May." Looking at the last 10 years of data, the number of searches for the words "sell in May" usually surges in February and peaks in March. This would appear to be logical as stocks typically improve during the first two months of the year and then traders begin to wonder whether or not it is time to bail.

What's interesting is that this year, the number of searches relating to "sell in May" are just about double the average of the last 9 years. Thus, one could argue that "everyone" is looking for a correction in the near-term.

However, we need to keep in mind that historically, the market displays a tendency to frustrate the masses at every turn. So, with just about everyone on the street looking for a meaningful decline to begin at any moment, it looks like that those looking to "sell in May" are in the majority. And frankly, this should make anyone thinking about heading to the sidelines soon more than a little nervous.

Optimism is NOT Too High

It is also worth noting that investor sentiment is NOT strong at this time. This could easily be explained by the violent selloff in the momentum names has shaken confidence, the recent hiccup in the economic data has many wondering whether or not the soft patch will continue, the situation in Russia/Ukraine is keeping folks on edge and the calendar now reads May.

Regardless of whether or not the above list is complete, it is important to recognize that many measures of investor sentiment are not overly positive at this time.

Why should investors care? The bottom line here is that most meaningful tops in the stock market are accompanied by strong readings in investor sentiment. And currently, this is simply not the case.

A favorite measure of short-term stock market sentiment is currently negative with a reading of 35.6. Note that sentiment is considered overly optimistic when this indicator is above 62.5. In fact, the current reading actually falls in the "Extreme Pessimism" zone, where the S&P 500 has historically gained at an annualized rate of more than 31 percent per year since 1995.

In other words, stock market sentiment is actually so weak right now that stocks have usually moved higher – not lower – from these levels.

What is interesting to note is that most cases where the market fell by 10 percent or more when sentiment was also weak occurred when the overall market was already in decline. In fact, in the 1987, 1998 and 2008 occurrences, stocks were actually in the process of bottoming after an important fall.

During the 1983 case, it appears that the selloff in the momentum names actually caused the weak sentiment readings. And since the market had been in a secular bear market, it is not surprising that the buy-the-dip crowd failed to take action and the broad market continued to decline.

But it is important to note that stocks have been moving on up since 2009 and many believe that a secular bull market has now begun. Therefore, one could argue that the current case is not likely to become a repeat of 1983.

What To Watch For Now

Thus, based on history, it will be important to watch sentiment going forward. If the mo-mo selloff begins to pick up steam, it could indeed impact investor psyches and become a problem. But given that the S&P and Dow remain with a stone's throw of all-time highs, it looks like investors are not too worried at this time. 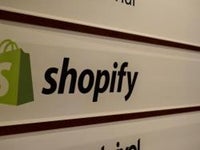 Canadian e-commerce juggernaut Shopify (NYSE: SHOP) is on a stellar run, one that's eliciting calls of “story stock” status. With the shares higher by almost 52% over the past month, those calls are proving accurate. read more

It's Not Too Late To Embrace This Internet ETF

Momentum ETFs — Is There Still Life In The Fast Lane?

Dialing Up An International Internet ETF