For small cap investing, the presence of a celebrity owner, spokesperson or other affiliation can often times be a very bullish factor for a stock.

It cannot be underestimated what Michael Jordan did for Nike (NYSE: NKE). Nike's rival, Under Armour (NYSE: UA), has also benefitted greatly from its high-level endorsements. Here are three small cap stocks with star power that could turn into long term profits for shareholders.

The Original SoupMan (OTC: SOUP) is a publicly-traded company that sells the soup celebrated in that episode. It is rated the best by Zagat. The star power comes not only from the affiliation with Seinfeld, which is rumored to soon have a reunion with the cast of the show, but also with actor Jason Alexander ("George Costanza" from Seinfeld) and Shaquille O'Neal, the former Laker with many NBA championships and all star selections.

Phil Jackson has come to take over control of the front office of the Knicks. That is noteworthy, as Jackson generally likes teams that are on the verge of contending for the championship. At 30-42 and in third place in the Atlantic Division, where the Raptors rule with a .563 winning percentage, that certainly does not appear to be the Knicks.

But if Jackson, who utilizes Zen principles in coaching, can turn the Knicks around, it will be a very positive development for the shareholders of Madison Square Garden.

There is not much in the way of Zen that has to do with the appeal of High Performance Beverages (OTC: TBEV), which is part of a mixed martial arts company.

As noted in another piece on Benzinga, High Performance Beverages "caters to the younger crowd and mostly targets fans of the popular combat sport mixed martial arts (MMA)." Sports and energy drinks are a booming segment in the beverage industry. Dethrone Beverage, its premium label, is a unique blend that offers the best of energy and nutritional supplement drinks.

Events from these celebrity affiliations could have a huge impact on the prices.

If there is a Seinfeld reunion, there will be tremendous amounts of free publicity for The Orignal SoupMan. The same will hold true for the Madison Square Garden if Jackson can work his special mojo, as he did in Chicago and LA. And with mixed martial arts and energy drinks surging in popularity, that appears to be the destiny for High Performance Beverages. 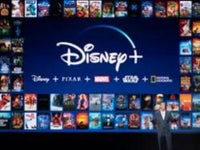 7 Media And Entertainment Stocks To Buy, Sell And Hold 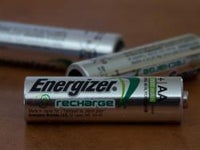 Mario Gabelli Dishes Out Top Picks, Weighs In On Energizer, MSG And More