Bulls And Bears Of The Week: Apple, Cisco, Salesforce, Walmart And More 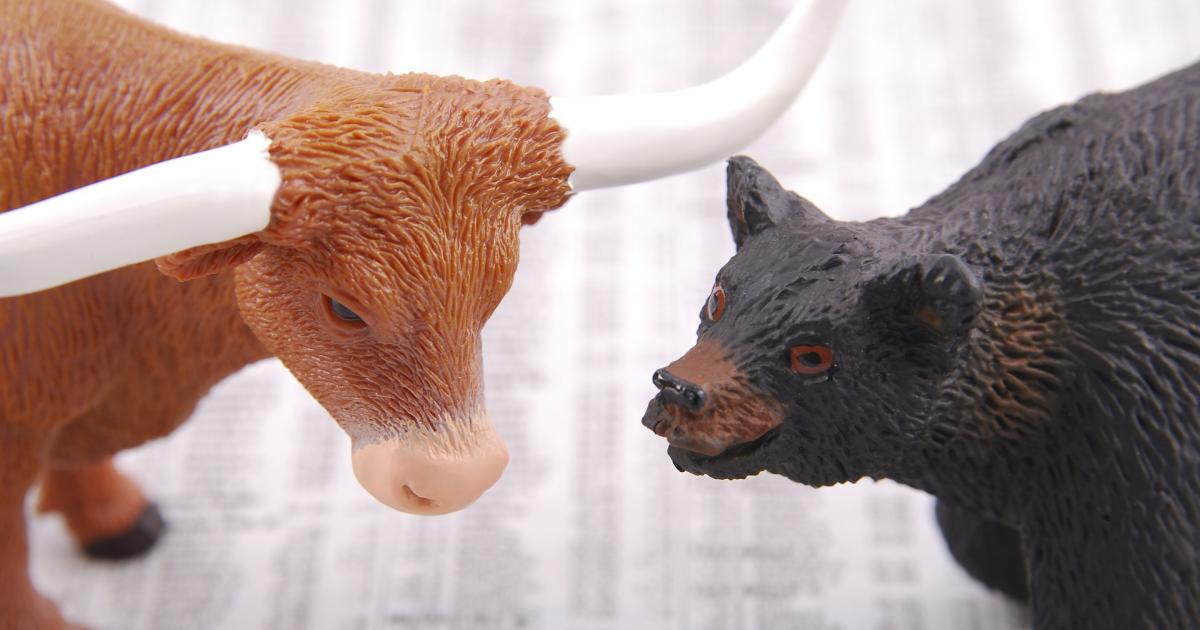 It was another volatile week for the stock market. Investors cheered when it seemed like there might be a pause in the trade war with China, only to grow worried again as signs of a possible recession appeared. Also, fresh earnings rolled out, an iconic American conglomerate took a big hit, a long anticipated big merger was confirmed and we got a look at what some high-profile fund managers have been up to.

The big U.S. indexes managed to end the past week down only fractionally, even though the Nasdaq had been up nearly 3% at one point and the Dow Jones industrials were down almost 3% at another point during the week.

As usual, Benzinga continues to examine the prospects for many of the stocks most popular with investors. Here are just a few of this past week's most bullish and bearish posts that may be worth another look.

"Momentum And Discipline: The Street Weighs In On Walmart" by Jayson Derrick discusses why analysts think Walmart Inc (NYSE:WMT) has entered a "sweet spot" after its strong earnings report last week.

NVIDIA Corporation (NASDAQ:NVDA) posted solid results and has catalysts ahead, according to Wayne Duggan's "What Analysts Have To Say About Nvidia Following Earnings Beat."

Wayne Duggan's "Analyst: Apple Could Take 4% EPS Hit From Trade War Tariffs" states that Apple Inc. (NASDAQ:AAPL) needs an end to the trade war with China if it wants to avoid a significant earnings hit.

"Cisco Earnings Marred By China Uncertainty That Softened Guidance" by Dave Royse suggests that little consensus has emerged on the near-term prospects for Cisco Systems, Inc. (NASDAQ:CSCO) since its report.

In Priya Nigam's "Applied Materials Posts Solid Q3 Results, But Faces Near-Term Headwinds, KeyBanc Says," see what could have an impact on the performance of Applied Materials, Inc. (NASDAQ:AMAT) in the near term.

Be sure to check out Cannabis Short Sellers Clean Up After Tilray's Earnings Miss and Macy's 'Innovation Ideas' Are Good But Not Good Enough, Morgan Stanley Says for additional bearish calls.

FANG+ Index Trading At An All-Time High; Opportunity To Buy, Hold Or Sell?

Some of the largest U.S. listed tech stocks which comprise the NYSE® FANG+™ Index are trading around their all-time highs. Is this an opportunity to buy, hold or sell? read more

This weekend's Barron's cover story explains why the online renegades that took the investing world by storm are just getting started. read more

Benzinga's Bulls And Bears Of The Week: Apple, Boeing, Netflix, Starbucks And More

Benzinga has examined the prospects for many investor favorite stocks over the past week. The week's bullish calls included tech giants and an aerospace turnaround play. Electric vehicle and video streaming leaders were among the bearish calls seen. read more