Over the past 40 years the value of the Canadian dollar (CAD) against the US dollar (USD) has fluctuated significantly, at times rising nearly 10% or falling by as much as 37%.  CAD is currently near the lower end of its historic range, worth about 76 US cents.  That, however, is more than 10% above its recent low set in March when it was worth only 69 US cents (Figure 1).

Figure 1: CAD has fluctuated widely versus USD over the past four decades

CAD’s value versus USD is nearly impossible to explain based on traditional macroeconomic data.  Both countries had a coronavirus-related spike in unemployment, which is now subsiding (Figure 2).  Canada and the US have both seen decades of low, stable inflation (Figure 3). Both central banks have interest rates close to zero (Figure 4).  The interest-rate differential, measured from CADUSD futures versus the spot currency, has averaged 6 basis points annualized for the past several months (Figure 5).

Figure 2: US unemployment spiked higher than Canada’s and is coming down more quickly

Figure 3: Canada and the US both have experienced decades of low, stable inflation

Figure 4: Bank of Canada and the Federal Reserve have near-zero policy rates

One difference between the US and Canada is that while the Federal Reserve (Fed) engaged in three rounds of quantitative easing (QE) between 2009 and 2014, the Bank of Canada (BOC) refrained from asset purchases until after the pandemic struck.  It recently joined the QE club, and with gusto.

The relationship between CADUSD and QE is a curious and counterintuitive one.  Expectations might have been that that between 2009 and 2014, as the Fed expanded its balance sheet while the BOC did not, the US dollar should have weakened versus CAD.  The opposite occurred.  From 2009 to 2014, with the Fed creating US dollars to buy mostly US Treasuries as well as some AAA-rated mortgage debt, USD strengthened versus CAD.  In any case, BOC’s large post-pandemic round of QE, which narrowed the gap between the relative size of the two central bank balance sheets, doesn’t seem to have hurt CAD at all.  In fact, since the BOC QE program began, CAD has recovered most of its recent loss in value versus USD (Figure 7).

Figure 7: The bigger the QE, the stronger the currency? -- a counterintuitive result

So, if unemployment, inflation, interest rates and quantitative easing don’t explain movements in CADUSD, what does?  The answer seems to boil down to two factors: commodity prices and the pandemic.

Commodity prices explain most of the variance in CADUSD.  Specifically, an index of commodity prices weighted to reflect their importance to Canada’s economy, has tracked CADUSD extremely closely for over two decades. CAD fell with commodity prices in the first four months of the year but has subsequently rebounded as commodity prices came off their lows (Figure 8).

Figure 8: Commodity prices are the single-most important determinant of the CADUSD exchange rate

Both the US and Canada have diversified economies, with large service and manufacturing sectors.  What differentiates the two economies, other than size, is that Canada is a large exporter of raw materials unlike the US. The rise in US oil production has made the US far less reliant on oil imports, but the country is still a net importer of crude oil.  The US is an exporter of agricultural goods, but a net importer of most industrial metals.  By contrast, Canada is a net exporter of all three classes of commodities.

In Figure 8, it could be noted that CAD has outperformed its commodity index in the past several months, rising more than expected under the circumstances.  This may be the result of Canada reopening to a greater extent than the US amid the pandemic.  While the US experienced a summer wave of infections, Canada did not.  The anecdotal evidence from restaurant activity suggests a more consistent rebound in economic activity in Canada during the summer months than in the US (Figure 9).  As we have seen globally, however, the pandemic can take an unpredictable course.  As such, alternative measures of economic health could give a sense of where currency markets might be heading. 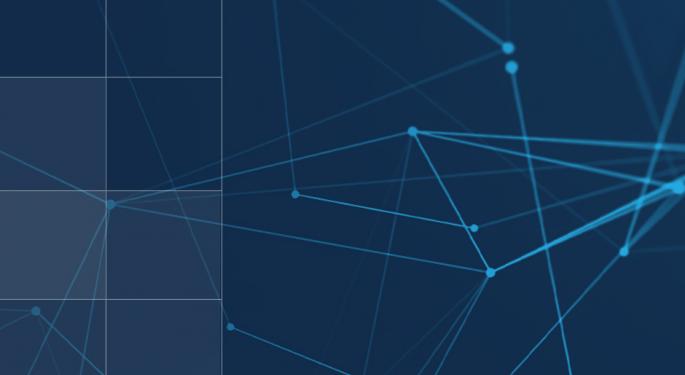 SPAN has been the industry standard for margining for decades. In recent years, the demands on margin methodologies have increased due to the growth in the diversity and complexity of products and the greater need for portfolio and capital efficiency driven by regulatory change.

Watch this short video to learn more about the SPAN 2 margin model components and the new operating tools that CME has developed to accompany the framework. This video includes:

In this market, there's never been a better time to profit with options. Get Benzinga Options: Starter Edition to follow Nic Chahine's high-conviction options trades. Click here to subscribe.