Learning to program will increase both your earning potential and your desirability as an employee. (It’s also arguably 1 of the most in-demand skills on Earth right now!) There are many different programming languages and some languages are used more often than others. Today, we’ll take a look at some of the best programming languages to learn and how you can get started coding today.

One of the toughest decisions that programmers must make when they first start learning how to code is the choice of which language to learn. Though most coding languages share some overarching similarities, there are a few key differences between each language and not every language has the same capabilities. It’s inefficient for a single programmer to attempt to learn each of the dozens of coding languages that exist — especially when you’re first learning how to code.

Your career goals will be an important deciding factor as you select a programming language. For example, though JavaScript is a very popular language for front-end and back-end development, it’s not suitable for video game or desktop application coding. We varied our selections and included a few languages with multiple uses to maximize your skillset.

Select programming languages build off previously conceived languages. This means that some prior knowledge is required to get the most out of these languages. We’ve created our list with a focus on beginner-oriented languages that don’t require a ton of programming experience.

Now, let’s move onto our recommended programming languages for beginner developers. We’ve also included a suggested course to begin your education with for each language.

Who it’s for: Anyone interested in learning how to master the basics of JavaScript and some of the language’s more complex functions.

The Complete JavaScript Course 2020 is suitable for total JavaScript beginners. The course includes over 28 hours of video demonstrations and the course instructor goes into detail on each function’s capabilities. This easy, intuitive explanation system allows you to remember what you’ve learned and helps you use the concepts you’ve gone over in class to gain coding skills with a practical purpose. Take quizzes and complete projects to solidify your new coding skills even further.

If you’re interested in mobile app development, Swift will quickly become your language of choice. Built from the ground up to be forgiving yet powerful for mobile app developers, Swift is widely used to develop iOS and macOS applications. Swift is also used in almost every iOS app, from WordPress to Flappy Bird.

iOS 11 & Swift 4 is an ideal course choice for beginner programmers who want to learn how to create their own app. Though you’ll need an iOS device to begin, the course requires no prior coding knowledge for mobile or desktop languages. iOS 11 & Swift 4 includes nearly 50 hours of video instruction complemented with 103 articles to enhance your coding abilities even further and troubleshoot problems. iOS 11 & Swift 4 is also Udemy’s most popular coding course for Swift students, with over 115,000 students and an average rating of 4.7 out of 5.0 stars.

If you’re a math-oriented person, consider choosing Scala as your primary programming language. Scala is an updated version of the classic Java language and includes many of Java’s best features — like its Object Oriented Structure and JVM runtime. Scala was designed to be more math-forward, which allows concurrent programs to run simultaneously. Scala is most often used for desktop application programming and back-end development.

Though Scala isn’t known for being a particularly beginner-friendly language, Scala Applied includes a free Stairway to Scala instruction course to get you started. Scala Applied introduces programmers to some of the core concepts of Scala and how it differs from other programming languages. Scala Applied includes 5.5 hours of video tutorials organized into 6 convenient modules. You’ll learn how to create classes, analyze large sets of data and create higher functions after completing this course.

Often considered to be the most beginner-friendly programming languages, Python uses English-like statements to code functions and concepts. With friendly data structures and many free open-source modules, Python is commonly used for back-end development and mobile app coding. If you’ve never had any kind of experience with programming, Python is an excellent beginning language.

Ruby on Rails (or “Ruby” for short) is another common choice for back-end web development. Tech companies like Twitter, Airbnb and Shopify all began using Ruby on Rails.

Many beginner programmers choose Ruby as their 1st programming language because the Ruby community is notoriously welcoming to beginners and helpful with even very basic questions. The Ruby community even has an unofficial motto: “Matz is nice and so we are nice,” encouraging Ruby developers to model their considerate behavior after language inventor Yukihiro Matsumoto.

The Complete Ruby on Rails Developer Course by Udemy

The Complete Ruby on Rails Developer Course is an intuitive and easy-to-follow programming class that’s ideal for anyone’s first coding experience. The course begins with a logical warm-up that introduces you to the basics of the Ruby language, then moves onto video lessons and 8 projects to use what you’ve learned in a functional fashion. There are over 46 hours of in-demand video included with the course, and you’ll learn how to complete functional apps and programs by the time you finish the class in full.

C# (pronounced “C sharp”) rose into popularity in the 2000s by introducing object-oriented programming. Similar to other C languages like C++, C# is most suitable for Windows-based programming and mobile app development running on Windows software.

As the name suggests, C# Basics for Beginners is an introductory course to C-derived programming languages with a focus on C#. The course includes 6 hours of educational materials and helps you master the fundamentals of C# with the .NET framework. You’ll also receive access to 11 articles and 10 downloadable resources to enhance your education while you’re away from your programming workstation.

No matter which language you decide to begin with, it’s important to understand that the realm of computer programming is constantly evolving and changing. Keeping your skills sharp with ongoing education and support will help you keep your programming skills current and help you compete in the in-demand tech market as languages advance.

The best online accounting classes for beginners to accountants with advanced knowledge. Select courses up to 90% off today.

Learn about the best coding courses for this year based on price, teacher reputation, skills taught and more - at every price point.

Enroll now in one of the top dart programming courses taught by industry experts. Beginning, intermediate and advanced courses. 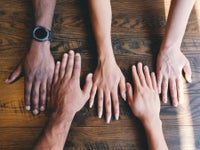 Ruchi Gupta
Charlotte is a business and fintech hub and home to tech-savvy consumers. Use our guide to the best fintechs in Charlotte to learn more. read more

Sarah Horvath
Forex trading courses can be the make or break when it comes to investing successfully. Read and learn from Benzinga's top training options. read more

Ruchi Gupta
Fintech is booming in Minneapolis. Want in on the action? Here are the 10 best fintechs in Minneapolis that are disrupting business as usual. read more 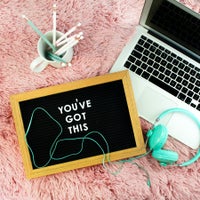 Philip Loyd
Growth mindset is overcoming obstacles by persevering and learning, even through failures. These are the 10 best growth mindset podcasts. read more 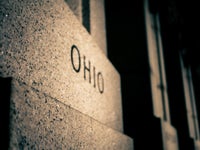 Jay Rubin
Atlanta, Georgia is a peachy place to start a Fintech company. Here are 10 of the best fintechs in Atlanta to show you how it's done. read more

Ruchi Gupta
A deep talent pool makes Seattle a great place to be a tech startup. Learn more about the best tech startups in Seattle with Benzinga's list. read more

Ruchi Gupta
Running a startup in Austin, Texas? Use our list to find the best accelerator in Austin to take your startup to new heights. read more 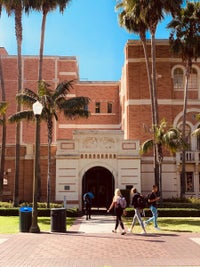 Ruchi Gupta
Starting out your investing journey? Use our guide to the best blogs for beginner investors for great resources to get you on your way. read more