Dogecoin Gets Shunned By AMC Entertainment But Shows Strength In Consolidation 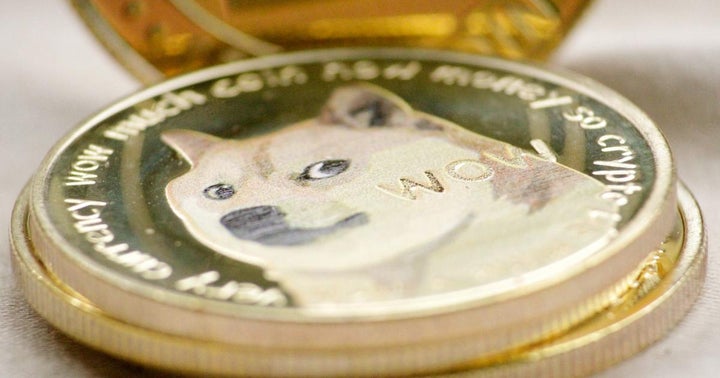 Dogecoin (CRYPTO: DOGE) was not the pick of the litter when AMC Entertainment Holdings Inc's (NYSE:AMC) CEO Adam Aron took to Twitter Wednesday to announce the theater chain will add Ethereum (CRYPTO: ETH), Litecoin (CRYPTO: LTC) and Bitcoin Cash (CRYPTO: BCH) as payment methods when it begins accepting Bitcoin (CRYPTO: BTC) by the end of this year.

Popular Fintwit personality and Dogecoin enthusiast @greg16676935420 responded on Twitter that he snuck a bag of skittles into an AMC theater in protest of the company not including dogecoin in the announcement. Dogecoin co-creator Billy Markus responded to Aron’s tweet to question why Litecoin was included instead of Dogecoin.

See Also: How to Buy Dogecoin

The Dogecoin Chart: Dogecoin fell in sympathy with Bitcoin and a swath of other cryptocurrencies when El Salvador adopted Bitcoin as legal tender Sept. 7. The crypto has spent the following 11 days consolidating the flash crash.

In its consolidation, Dogecoin has settled into a pennant pattern on the daily chart, making a series of lower highs and higher lows as the price range tightens. Dogecoin will reach the apex of the pennant on Sunday and if the pattern is recognized both bulls and bears should watch for increased volume for confirmation.

Dogecoin’s moving average convergence divergence (MACD) is curling slightly upwards toward the upper signal line. When MACD crosses above the signal line, it is a buy signal for technical traders because it indicates price movement is strengthening.

On Saturday, Dogecoin attempted to break up over the 200-day SMA, but failed and wicked from the level. However, if the crypto breaks up bullishly from the pennant, it will be able to easily regain both the eight-day EMA and 200-day SMA.

Pulled from Benzinga Pro here's the list of the top crypto gainers and losers at the time of publication: read more

Bitcoin Cash (CRYPTO: BCH) attempted to break bullishly on Thursday, but like Bitcoin (CRYPTO: BTC) ran into a group of sellers, which created a long upper wick on the 21-hour candle. read more

This Satellite Stock Has A Better One-Year Return Than Bitcoin Cash, Litecoin And Ripple's XRP

Globalstar, Inc.’s (NASDAQ: GSAT) satellite technologies have been getting a lot of attention in 2021, and investors who bought stock one year ago are seeing green. read more