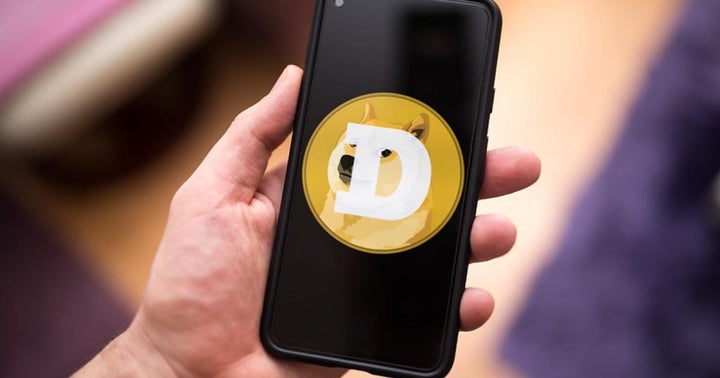 Robinhood reported quarterly revenue of $565 million, representing an increase of 131% year over year. The company reported average revenue per user of $112, which was down from $115 year over year.

Related Link: Dogecoin Alone Accounted For 62% Of Crypto Revenue For Robinhood In Q2

It's surprising to see how much of the company's revenue came from Dogecoin (CRYPTO: DOGE), Jim Cramer said Wednesday on CNBC's "Squawk On The Street."

Robinhood announced that the second quarter was the first time a larger share of new customers placed their first trade in crypto rather than equities.

It's very clear that Robinhood has become a crypto company, opposed to an equities company, Cramer said: "When you peel back the onion of Robinhood it seems like it's a Dogecoin gateway."

Many customers opened new accounts to trade Dogecoin, he said, adding that he doesn't think such is sustainable.

Cramer told CNBC that he would prefer to see new investors putting money into a company like Ford Motor Co (NYSE:F) instead of engaging in speculative trading of Dogecoin.

Did Henry Ford Predict The Rise Of Bitcoin?

Entrepreneur and industrialist Henry Ford is credited with creating several items that Ford Motor Co (NYSE: F) pioneered for the automotive industry. Could Ford also have been a leading voice in the creation of Bitcoin? read more

The trading week is off to a sort of “delayed dog days of summer” start. Investors might want to be cautious, with a relatively quiet earnings week and a Friday inflation report as the sole “big number” on the calendar.  A lack of an obvious catalyst could make for a volatile week, and despite a flat start to U.S. read more

Benzinga's Bulls And Bears Of The Past Week: Alibaba, Bitcoin, Pfizer, Tesla And More

Benzinga has examined the prospects for many investor favorite stocks over the past week. Last week's bullish calls included a top COVID-19 vaccine play, a recent high-profile IPO and a trendy retailer. read more