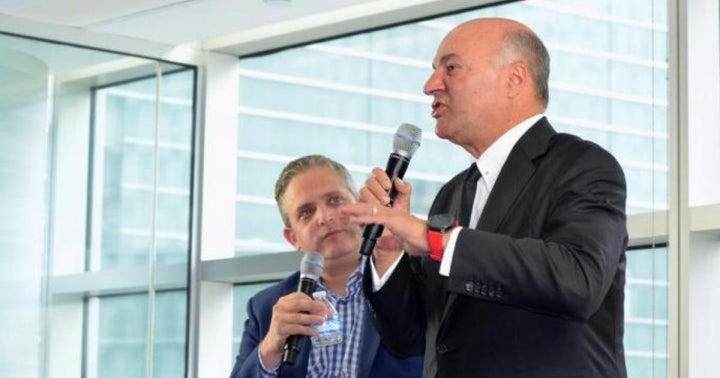 ‘Shark Tank’ star and renowned investor Kevin O’Leary has likened investing in Dogecoin (CRYPTO: DOGE) to gambling and said the meme cryptocurrency may be considered just an “entertainment” as it has no inherent value.

What Happened: “When you speculate on something like Dogecoin, that’s no different than going to Las Vegas and putting your money on red or black,” O’Leary said in an interview with CNBC.

O’Leary, chairman of O’Shares ETFs, noted that unlike investments in stocks, there is no informed decision making when a person invests in Dogecoin and the buyer simply hopes that the cryptocurrency’s price will rise.

The Canadian investing star also revealed that 10% of his operating company’s holdings are made up of digital tokens including Bitcoin (CRYPTO: BTC), ether (CRYPTO: ETH) and USD Coin (CRYPTO: USDC). He added he does not plan to add Dogecoin to his portfolio.

See Also: Should You Sell Dogecoin And Take Profit Or Hodl And Wait For 'Moonshot?' Meme Coin's Creator Says This Is How He Would Play It

Why It Matters: Created as a joke cryptocurrency in 2013, Dogecoin has gained in popularity this year, thanks in part to the unstinted support of Tesla Inc. (NASDAQ:TSLA) CEO Elon Musk. The altcoin’s popularity has also led to the creation of several Dogecoin imitators.

The Shiba Inu-themed cryptocurrency’s year-to-date gains stand at an impressive 3,568%. However, the prices of cryptocurrencies, including Dogecoin, are seeing high volatility in recent months.

Musk boasts more than 58 million followers on Twitter and his tweets on Dogecoin sometimes have an overwhelming impact on the price of the meme cryptocurrency. This prompted the U.S. Securities and Exchange Commission in May to caution investors not to make investment decisions just based on celebrity endorsements.

Read Next: Bitcoin, Dogecoin, Ethereum Rangebound But These Minor Altcoins Are Skyrocketing

In a recent tweet, the "Doge Whisperer" mentioned the importance of the 1.14.4 Dogecoin (CRYPTO: DOGE) upgrade, referring to a two-week-old  read more

This weekend was packed with interesting news from the technology, cryptocurrency and corporate sectors. Here is a quick roundup of the top five stories that investors may have missed. read more

What's Going On With Dogecoin Today?

Dogecoin (CRYPTO: DOGE) traded 0.39% lower at $0.24 over 24 hours at press time in the early hours of Monday. What’s Moving?  The meme cryptocurrency has fallen 23.12% over a seven-day trailing period. read more