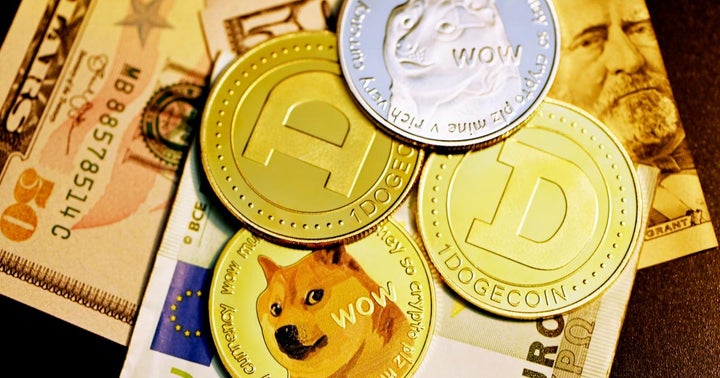 The hashtag “PayMeInDogecoin” is trending on Twitter Inc.’s (NYSE:TWTR) social media platform in the U.S. at press time as backers of the meme cryptocurrency Dogecoin (CRYPTO: DOGE) look to push its price higher.

What Happened: The hashtag had a tweet volume of 32,700 at press time, indicating the support it has from the Dogecoin community.

Supporters of the Shiba Inu-themed coin urged one another to push the hashtags “PayMeInDoge” and “paymeindogecoin” to the top two trending spots on Twitter.

Meanwhile, supporters of apex cryptocurrency Bitcoin (CRYPTO: BTC)are attempting to make the hashtag “PayMeInBitcoin” trending in the U.S. as well. The hashtag had a tweet volume of 28,000 at press time.

Earlier this month, Dogecoin fans and supporters of Tesla Inc. (NASDAQ:TSLA) CEO Elon Musk – a major backer of the meme cryptocurrency – had attempted to counter supporters of Bitcoin by making the hashtag “WeLoveElon” trend on Twitter.

It was reported in December that NFL player Russell Okung agreed to receive a portion of his salary as Bitcoin, marking the first time a professional athlete in any major U.S. sport will be paid in the apex cryptocurrency.

Earlier this month, San Jose Sharks became the first NHL team to accept cryptocurrencies such as Bitcoin, Dogecoin and Ethereum (CRYPTO: ETH) for large payments. Other professional sports teams that already accept Bitcoin for payments include the Dallas Mavericks and Sacramento Kings of the NBA.

Read Next: Dogecoin Strikes Major Gains As Elon Musk Gives A Shout-Out To Meme Coin And Takes Digs At Bitcoin

El Salvador President and Bitcoin (CRYPTO: BTC) advocate Nayib Bukele has made it to the Time’s List of 100 Most Influential People but his description is less than flattering. read more

Musk, Cook, Buterin And More: 5 Names Investors Would Recognize On This Year's Time List Of 100 Most Influential People

On Wednesday, the Time 100 Most Influential People list was published. The list divides 100 people into the categories of Icons, Pioneers, Titans, Artists, Leader and Innovators. read more

In a recent tweet, the "Doge Whisperer" mentioned the importance of the 1.14.4 Dogecoin (CRYPTO: DOGE) upgrade, referring to a two-week-old  read more