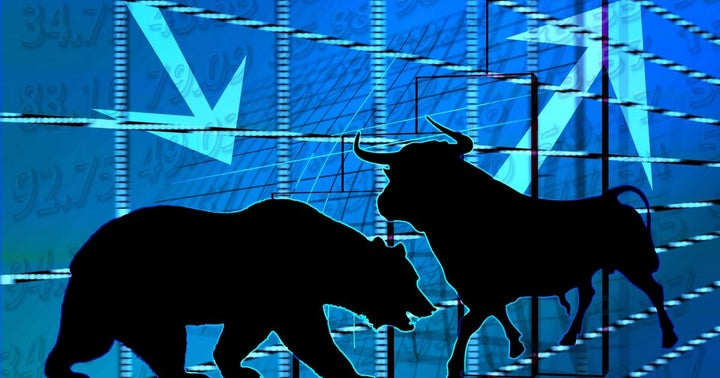 The big three U.S. indexes offered mixed signals last week, with the Nasdaq ending almost 2% higher, the S&P 500 up fractionally and the Dow Jones industrials lagging with almost a 1% retreat.

The S&P 500 did manage to eke out a new record high last week, but overall, Wall Street seemed to be in wait and see mode, with speculation that the reopening cycle may have already peaked, former drivers tech and financials still sputtering and ahead of the coming week's FOMC meeting. The Consumer Price Index came in hotter than expected, though the muted market reaction suggests inflation fears may have already been priced in.

Bucking the low volume trend last week were the meme stocks, which offered retail investors another wild ride. In addition, a notable FDA drug approval gave biotech stocks a bit of a boost. Still, some investment firms are anticipating a muted second half of the year for the markets.

The week also saw the Keystone Pipeline shut down, a major internet outage, the Worldwide Developers Conference and an agreement on a global corporate tax.

Although Amazon.com, Inc. (NASDAQ:AMZN) has lagged other FAANG names over the last year, its growth momentum will continue. So says the investment strategist featured in Adam Eckert's "Stephanie Link Sees Continued Growth Momentum For Amazon Stock."

Be sure to check out Amazon Sidewalk: What Investors, Device Owners Should Know as well.

Phil Hall's "UBS Analyst Upgrades Target: What You Need To Know" discusses why Target Corporation's (NYSE:TGT) valuation is modest compared to its peers and there is more to come from the retailer this year.

For more on Target, see Target Hikes Quarterly Dividend by 32%.

"Apple Will Find It Hard To Recover From Fallout Over App Store Policies, Says Bill Gurley" by Madhukumar Warrier explores how Apple Inc. (NASDAQ:AAPL) could have avoided the mess in which it finds itself.

On the other hand, check out Apple Options Traders Pile In Despite Market Uncertainty.

In Adrian Zmudzinski's "Bitcoin Might Be Entering A Bearish Market, JPMorgan Analysts Suggest," find out what signal one top analyst sees as pointing to a bear market for Bitcoin (CRYPTO: BTC) despite its recent price movements.

See Is The Game Over For Bitcoin? Why Crypto Influencers Think 'It Could Get Worse' for more low expectations for this top cryptocurrency.

Wayne Duggan's "2 Reasons Why Tesla Has Become An EV Stock Laggard" shows that there has been a clear shift in investor sentiment toward Tesla, Inc. (NASDAQ:TSLA)relative to other electric vehicle stocks.

Tesla's Stock Steers Into Triangle And Looks To Choose Direction offers a look at the chart at the end of a week full of good news and bad for the EV leader.

The Moderna, Inc. (NASDAQ:MRNA) stock run could be over as COVID-19 fades from the headlines, according to "Why BofA Is Bearish On Moderna Despite COVID-19 Vaccine Success" by Shanthi Rexaline.

Bitcoin, Ethereum, Dogecoin Bounce Back But These Minor Coins Are Striking Biggest Gains

Major cryptocurrencies traded in the green on Sunday evening as the global cryptocurrency market cap rose 3.17% to $1.44 trillion. read more

Benzinga has examined the prospects for many investor favorite stocks over the past week. Last week's bullish calls included the iPhone maker, a top oilfield services stock and a pharmaceutical giant. read more

The XXXII Tokyo Summer Olympics are special not only because they take place under such difficult circumstances but also because they are happening when our understanding of the definition of money and assets is changing. Here’s why. read more

Tesla (NASDAQ: TSLA) announced record-breaking electronic vehicle (EV) deliveries in Q2 and has continued to outproduce competitors in the midst of a global microchip shortage. But it’s been a bit of a rough ride for the pioneering EV’s share price as competitors rev their engines. read more