After years of discussion about the use cases that would drive blockchain adoption to the mainstream, it seems that in 2021, it’s finally happening. Seemingly even more popular than the price of Bitcoin, NFTs have been making headlines around the world.

And it’s hardly surprising. Christie’s sale of Beeple’s NFT art collection was the first time the auction house had offered a purely digital piece, and it fetched a cool $69 million. Many artists, musicians, and even Sophia the AI robot have jumped on the bandwagon to create their own NFTs.

But you don’t have to be a millionaire or a celebrity to participate in the NFT trend. Anyone can mint their own NFTs, or trade them for fun or profit. So here’s a roundup of the top NFT marketplaces to create, buy, and sell NFTs in 2021.

OpenSea was founded in 2018, following the CryptoKitties craze that ensued when Ethereum launched the ERC-721 and ERC-1551 non-fungible token standards. It now lays claim to being the “first and largest marketplace for user-owned digital goods.”

In terms of fees, OpenSea charges 2.5% on the price of every successful sale. You can also earn bounties if you successfully match a buyer and a seller on the platform.

Recently, the team at Saturday Night Live chose OpenSea as the platform to auction off the NFT of their “What the hell’s an NFT” sketch. The token was purchased by a pseudonymous buyer called Dr_Dumpling for 172 ETH (around $350,000) on April 6, with all proceeds going to charity.

OpenSea also recently concluded a successful raise of $23 million in a round led by Andreessen Horowitz.

SuperFarm is a cross-chain protocol aiming to shake up the NFT space by giving gamers the ability to farm NFT tokens. It’s comparable to the token farming capabilities found in many DeFi protocols.

Having launched on the newly rebranded Polygon (formerly Matic Network) platform in late March, SuperFarm got off to a flying start with a five-day Genesis Drop Event. Participants could earn NFT tokens that would give them special privileges on the platform in the future.

Users can expect more functionality as the beta and full release versions are rolled out over the coming months, including video game integrations and NFT-based voting, rental, and loans.

SuperFarm is the brainchild of renowned crypto influencer Elliot Wainmain, creator and host of the EllioTrades Crypto YouTube channel, which has nearly 300,000 subscribers.

It’s an Ethereum-based DEX for NFTs, operated by decentralized governance by holders of its RARI token. Similar to DeFi protocols like Uniswap, Rarible awards users of the marketplace in RARI tokens, effectively operating a liquidity mining program. Each week until mid-2024, the protocol distributes RARI tokens to anyone who’s bought or sold on the platform.

Currently, Rarible also offers one of the only ways to get your hands on an NFT from global street artist Kiwie. Hailing from Latvia, Kiwie has been traveling since 2006, leaving his trademark monster artwork in cities worldwide.

Another new entrant, Ethernity announced its plan to launch an exclusive marketplace for authenticated NFTs back in February. Since the February announcement, Ethernity has successfully completed a seed round and a public token sale on Polkastarter, and confirmed partnerships and collaborations with NFT platform Terra Virtua and Hong Kong-based investment firm Kenetic.

The project is the brainchild of longstanding Bitcoin investor Nick Rose Ntertsas, who has been involved in crypto since 2011. Along with investing in various blockchain projects, he’s also known for his philanthropic work.

The Ethernity platform is scheduled for launch on April 12. To celebrate the launch, the project has teamed up with digital artist Jason Heuser for an exclusive NFT drop open to holders of Ethernity’s ERN tokens.

Most recently, Jason Heuser, the creator infamous “Welcome to the Internet” piece, has made his way to the Ethernity Platform to mint his unique artwork as NFTs. This is a huge play in the licensing world – where now Heuser can license his viral work and get the credit he deserves.

Hoard offers an NFT marketplace and software development kit, providing an infrastructure for integrating in-game items to the Ethereum blockchain.

The SDK is designed to make it easy for any game developer to mint NFTs for use in their games without having to learn about blockchain coding. The marketplace will facilitate the trading of in-game assets between players, which may include elements like virtual real estate or collectibles. Players can also loan or rent items, as well as sell them.

Hoard supports a couple of innovations in the NFT ecosystem. First, users can also loan, rent and borrow NFTs. Firstly, Individuals with stablecoins who seek extra income could issue loans against collateralized NFTs to borrowers.

Hoard will also support staking on their coin, HRD by becoming liquidity providers on AMMs like Uniswap. For instance, adding ETH/HRD to trading pools will give users UNIV2 tokens. These liquidity providers will be entitled to a small percentage of the trading volume subjected to Uniswap’s fee structure and policies.

According to the current roadmap, the marketplace is scheduled for delivery in Q2 2021, along with the launch of governance features for HRD token holders, so keep an eye out of this one.

Tron-based FansForever is one of the newest entrants to join the NFT marketplace business, meaning users can bypass the eye-watering transaction fees currently suffered by Ethereum users.

Dubbed a “decentralized social marketplace,” FansForever is firmly targeted at the celebrity NFT market and has scored an early win by signing Lindsay Lohan up to the platform. The Hollywood star has released a new song called Lullaby in collaboration with Manuel Riva. At the time of writing, bids were up to around $125,000.

Tron founder Justin Sun has been among the most vocal proponents of NFTs, having participated in the auction of Beeple’s collection and been narrowly pipped by MetaKovan. He later went on to purchase artworks by Pablo Picasso and Andy Warhol for a total price of $22 million in auctions at Christie’s.

One of the grandaddies of the blockchain gaming space, Enjin has recently been whipping up a storm in the world of NFTs. It’s operated an NFT platform for several years now, allowing anyone to mint Ethereum-based NFTs without any code and thus providing a gateway into blockchain for game developers.

In March, Enjin has been beefing up its presence in the NFT space with two key initiatives. In response to Ethereum’s ongoing scalability and cost woes, Enjin announced JumpNet, a private instance of the Ethereum blockchain which uses the Proof of Authority consensus for instant, free transactions involving Ethereum’s ERC-1155 token standard.

At the end of March, Enjin also confirmed it has successfully raised $18.9 million to launched the first NFT blockchain based on Polkadot. Dubbed Efinity, it’s designed to be a cross-chain, scalable network allowing users to port their NFTs across different platforms. Crypto.com Capital, DFG Group, and Hashed led the round, in many other investors also participated.

Rounding off the list is Hic et Nunc, a Tezos-based NFT marketplace that has recently found prominence thanks to the ongoing debate about the environmental impact of NFTs.

The argument from the climate camp is that Ethereum’s proof-of-work consensus is simply too energy-intensive, a point that’s been levelled at Bitcoin many times in the past. The problem is that NFTs can involve multiple transactions throughout their lifetime, and are more complicated smart contracts than the average ERC20 token.

As Tezos operates a variation on the proof-of-stake consensus, it consumes less energy, making Hic et Nunc a less controversial choice. The platform, with a name that translates to “Here and Now” recently found itself in the headlines when AI artist Mike Tyka chose to mint and sell his “Portraits of Imaginary People” there. 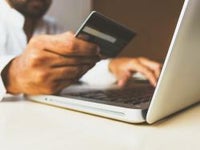 E-commerce giant e-Bay Inc (NASDAQ: EBAY) jumped on the NFT bandwagon, allowing the sale of non-fungible tokens for digital collectibles on its platform for the first time, according to a read more 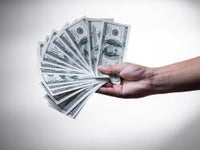 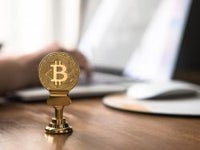 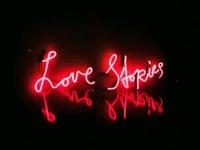