Exclusive: Dogecoin Creator Says What Sets Meme Crypto Apart From 'Thousands Of Failed Coins' Is Being A Meme 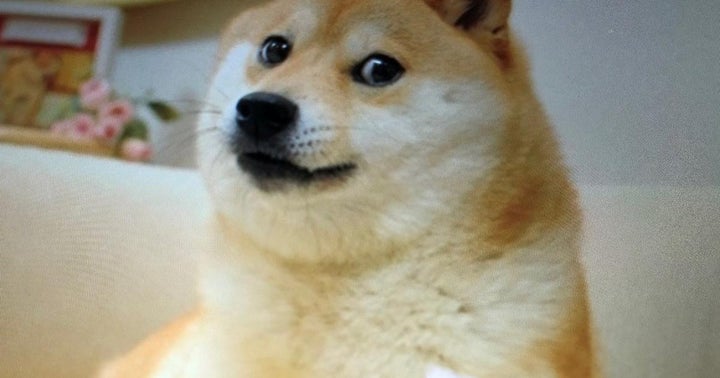 Fast forward to today and the cryptocurrency he helped create is soaring to lunar heights. Since the year began, the joke cryptocurrency has risen 1,165.58% — spectacular gains considering even the apex cryptocurrency Bitcoin (CRYPTO: BTC) has only managed a 109.16% rise in the same period. Markus talked to Benzinga about the year he sold all his cryptocurrency, his views on the ongoing spike, the best use cases for Dogecoin, and shared some advice for investors.

Such Missing Out On Gains, Much Pain! First of all, to make matters absolutely clear, Billy says he never purchased a used car by selling his cryptocurrency holdings.

“I've always said was I sold everything for about as much as it would cost to buy a used Honda Civic.”

“This was all my crypto too, I had Litecoin and Bitcoin and DOGE and a bunch of other ones,” revealed Markus.

Memes Run The Internet: Last week, Kadan Stadelmann, chief technology officer at Komodo, said for DOGE “to genuinely be considered ‘future money,’ the narrative of DOGE as a meme coin will have to erode.” Markus has an alternate view on the story of Dogecoin.

“The meme is a 7 billion dollar brand right now – no one would have heard of it in the first place if it wasn't a meme, Elon [Musk] wouldn't tweet about it, etc.,” said Markus.

“Dogecoin being a lighthearted, friendly, and amusing meme is the main thing that separates it from the pack – taking away its main differentiation and turning it into a generic crypto seems like a pretty bad idea.”

All being said, there are “thousands of failed coins in this space that tried to be serious,” according to him.

Celebrity Interest Isn’t Bad: Despite the utterances of detractors who decry Tesla Inc (NASDAQ:TSLA) CEO Elon Musk’s frequent Dogecoin tweets, or those who have criticized Mavericks owner Mark Cuban for allowing fans to pay for tickets and merchandise in DOGE, Markus thinks their involvement is not a bad thing.

“I think it's pretty cool (and also wild) that Elon Musk and Mark Cuban and others are having fun with the coin.”

When Do We Hit $1? “The price of a coin is literally what anyone wants to purchase it for at a particular time,” according to Markus.

“So if everyone in the world decides that it's worth $1 to them and would buy it for $1, that's what it would take.”

DOGE for Micropayments: Markus said that DOGE has historically been rooted as a tipping currency. “[DOGE was] used to raise money for impactful causes like building water wells in Africa.” Markus said the very nature of DOGE is such that it lends itself particularly well to use by the community.

He revealed he recently hosted a Dogecoin Game Jam and observed that people were tipping the creators with DOGE.

“I liked the celebration of creators as well as showing kudos via Dogecoin tips.” He said that his interest in programming started with making video games and its “valuable to encourage creativity.”

Market Education Is Key: Asked about the developments surrounding Reddit investors which fueled the recent rally in GameStop Corp (NYSE:GME) and others, he said, “market education is key.”

“It's great that more people are learning about the stock market and how these things work, as long as they know what they are getting into and don't over-commit (or if they do over-commit a lot, recognize that it is basically gambling).”

As per Markus, the r/WallStreetBets investor “generally understands and is actually pretty educated about it – there is [a] method to the [madness.]”

His advice to DOGE investors, “I would say holding crypto can be very exciting and also nerve-wracking as it is very volatile, to be careful not to invest more than you are willing to lose, and that it's always good to do your due diligence about what it is you are purchasing.”

Bitcoin Stays Below $60K, Ethereum Marks Key Milestone, Dogecoin and Shiba Inu Trade In The Red As Analysts Warn Crypto Market Not Yet Out Of Woods