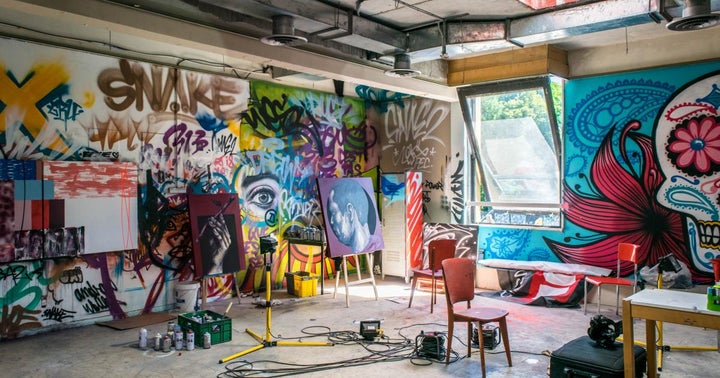 The non-fungible token hype has extended itself to web addresses with DigitalArtists.com selling for a six-figure amount on Thursday, according to Mike Mann, a domain name entrepreneur.

What Happened: Mann revealed on Twitter that the domain was sold by DomainMarket.com for $300,000.

Mann is the founder of DomainMarket.com, as well as a clutch of other companies such as Phone.com, SEO.com, and AccurateAppraisals.com.

Why It Matters:   On the same day, Christie’s sold an NFT-based digital artwork titled “The First 5000 Days”  by the graphic designer Beeple for a whopping $69 million.

Last-minute bids led to the valuation, which has made Beeple among the top-three most “valuable living artists,” as per Christie’s.

Unstoppable Domains earlier this week announced it had sold "win.crypto" blockchain domain NFT for $100,000, which according to the company is the "most expensive domain name NFT ever recorded."

An artwork by Banksy called “Morons” was also sold as an NFT token for $394,000 this week. The original work was burned by cryptocurrency enthusiasts.

Artists such as Grimes — partner of  Tesla Inc (NASDAQ:TSLA) CEO Elon Musk — and Lindsay Lohan have jumped on the NFT bandwagon and so have others such as Yum! Brands, Inc (NYSE:YUM) subsidiary Taco Bell.

The NFT craze has buoyed Ethereum (CRYPTO: ETH), which is the second-largest cryptocurrency in terms of market capitalization after Bitcoin (CRYPTO: BTC).

The non-fungible tokens are mirroring a period in Holland’s golden age known as Tulip Mania — quite literally. What Happened: A collection comprising of 113 “Non Fungible Tulips” is on sale on the Open Sea marketplace. read more

Jason Raznick, the founder and CEO of Benzinga, on Thursday interviewed Kevin O'Leary on the "Raz Report." Among the topics discussed with the "Shark Tank" star and co-founder of O'Shares ETFs were read more