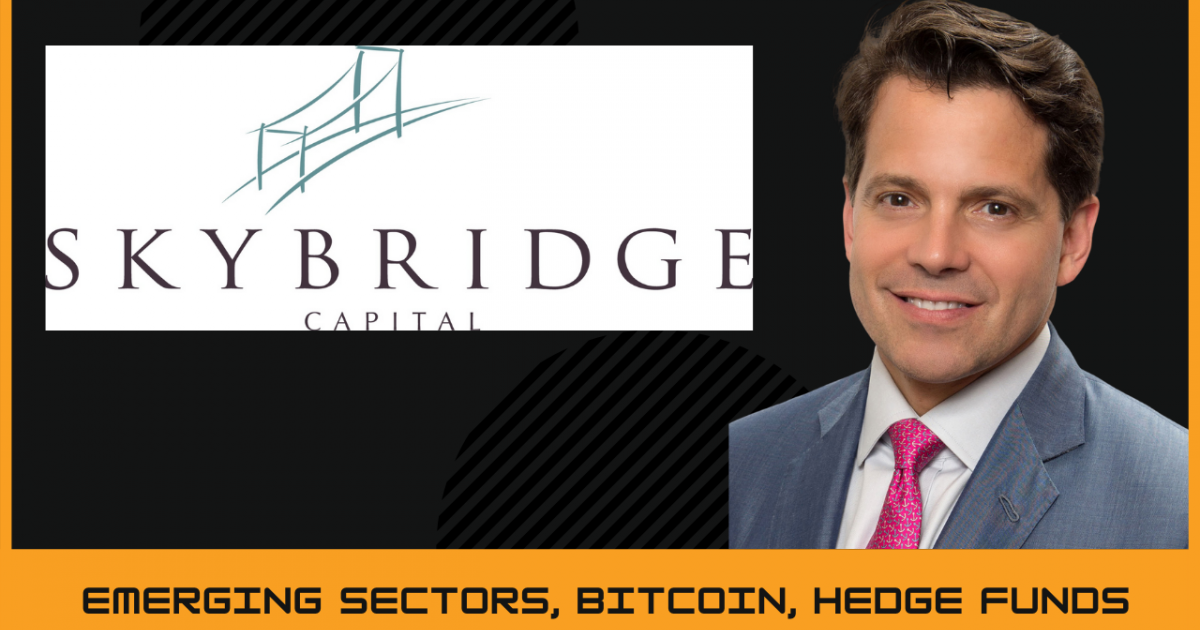 Anthony Scaramucci, who founded the firm in 2005, spoke with Benzinga about why now was the time to explore Bitcoin as an asset class.

"Because of its scarcity, it should eventually trade, in my opinion, to where gold is, if not, a larger market cap than gold," Scaramucci says. "Ultimately, it has everything you would want to have in a ledger and [that's] all money is — a ledger."

About three years ago, Scaramucci wasn't convinced Bitcoin was worth his time. After researching the ins and outs of the digital currency and its mysterious origins (i.e., the unknown true identity of its creator, Satoshi Nakamoto), he's changed his tune.

And after SkyBridge's rough 2020, Scaramucci hopes other investors like it too.

The SkyBridge Bitcoin Fund LP aims to provide mass-affluent investors with an institutional-grade vehicle to gain exposure to Bitcoin. SkyBridge initiated a position, valued at about $310 million earlier this month, in funds investing in Bitcoin during November and December 2020.

To launch SkyBridge Bitcoin, Scaramucci and his affiliates invested $25.3 million.

Fidelity will serve as custodian, and Ernst & Young will audit the fund. Accredited investors can subscribe directly to SkyBridge Bitcoin Fund, which requires a minimum investment of $50,000.

The move comes at a time when Wall Street firms are warming up to crypto, while big name investors like Mark Cuban have typically downplayed the digital currency market. But where they zig, Scaramucci zags, and the former White House Communications Director is confident others will follow.

"It's already happening," he said, citing BlackRock Inc.'s adding Bitcoin futures as an eligible investment to two of its funds.

Scaramucci also pointed to MicroStrategy CEO Michael Saylor, who has invested billions of his firm's cash reserves in bitcoin.

"You're starting to see an exponential liftoff," Scaramucci says. "We're in the world of digital currency now, and, clearly, bitcoin, in my mind, is the one that won the battle."

Scaramucci isn't one to mince words on any topic. Tune in to hear his thoughts on various stocks, hedge funds, emerging sectors, Superman (Action Comics #1), and the future of the Republican Party.