Bitcoin Sails to New Heights on a Wave of Global Uncertainty 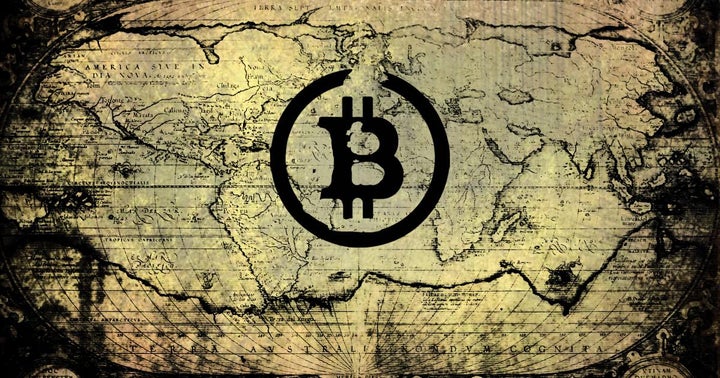 Image by arielmore from Pixabay

Where is bitcoin going and who’s steering the ship?

In the first weeks of the new year, we can all take a moment to congratulate ourselves on having lived through one of the most stressful years in recorded history, alongside the market crash in 1929, the Battle of Antietam in 1862, the Cuban Missile Crisis in 1962, and of course 9/11.

But while it’s rocky seas for just about everyone else across the globe, Bitcoin (BTC) has remained on course and climbing new horizons — surging 12% on Thursday, sailing to a new all-time high of $40,394.87. Contrast BTC performance to USD, which is likely to take a hit based on the events at the Capitol Building.

Bitcoin has risen by nearly 400% in the last 12 months and only seems to be gaining momentum. At peak price, BTC has been compared to having a market cap of $665 billion. (If Bitcoin is to be compared to a stock and not a currency as was intended by its creators.)

Institutional investors are the new whales…

If you have been reading crypto press, you have probably noticed that institutional investors are the new whales — not because they actually have contributed to driving the price of BTC but in that, they are the new popular rationalization behind BTC’s steady rise. In these historically interesting times, it seems unlikely that institutional investors are the only relevant driving force.

“The reason why everyone is focused on institutional investors driving the demand is that, for the first time, a broader swath of institutions and large-brand names are now finally getting involved,” said Brock Pierce, Chairman, Bitcoin Foundation.

“At the same time, retail is still playing as much of a role as ever, with the uncertainty in the economy, the global markets, and the political situation, what we are really seeing is a competition between retail and a large number of institutions over a limited supply.

“It’s notable how much more mature the market is this time around with better liquidity, better fiat on- and off-ramps and more regulatory certainty. PayPal entering the market is great for user education and adoption. I believe it is hugely positive for the industry and something we’ll see continued growth in over the next 12 months. Seeing this progress is heartening for those of us who believe in the long-term power of cryptocurrencies to increase the freedom of money globally,” Zhao said.

There be Monsters (and Supply Shock)…

Despite Zhao’s positive assessment, Bitcoin is being used as a deflationary asset, so what is good for BTC bodes ill for USD.

“The institutions are investing in bitcoin as a hedge against the dollar and to put their cash reserves to better use. Since the covid-19 lockdowns started in mid-March the value of the dollar has been steadily dropping — moving from 103 to below 90 now on the DXY which tracks the value of the dollar versus a basket of currencies…Once (Bitcoin) surpassed its all-time high of $20k on Dec 15, retail investors that were skeptical since the crash became more interested…,” William McCormick, Communications Lead at OKCoin said.

Douglas C. Borthwick, CMO of INX Ltd said, “Of course institutions are driving the run higher, especially as real money institutions begin their start of year portfolio rebalancing. But global unrest certainly plays a part as well, in combination with retail introductions over the holidays… However, investors are not buying to trade. They are buying to hold. And each time they take ownership, the supply of Bitcoin in the marketplace shrinks, causing prices to rise. Coupled with increased adoption by retail, and the OCC promoting stablecoins as a disrupter over SWIFT and ACH and you have a cocktail for parabolic moves higher.”

“With the halvening that occurred in Mid may of last year Bitcoin supply was cut in half while the demand on net basis continued to increase. This event created a supply shock, so as soon as the price broke the 2017 all-time high we saw the exponential jump. Now we are seeing all Altcoins pumping which suggests retail are chasing profits which is further extending the rally. Political instability around the world also is contributing to the rally, Bitcoin price rallied over 3,000 since the riots started in the U.S. Capitol,” said Bilal Hammoud, CEO & Founder of NDAX.

What’s the next wave on the horizon?

“Bitcoin is already proving to change the landscape of finance attracting amateur and competent investors both” said Jason Smith from Courses for Success.

The speculation in late 2020 of Bitcoin reaching $100,000 or more seems far more possible with BTC’s recent rally. Some experts see the latest wave as just an indicator of what is to come.

“So look, there is a whole wave that is coming here… The next Retail flowing in faster than we have ever seen at Bitbuy,” said Jordan Anderson, COO of Bitbuy. “Additionally, the newly announced stimulus in the USA is increasing the narrative around both institutional and retail adoption. The feds added 2.7 trillion USD in 2020….The crazy part is that Google search trends are still not where they were in 2017 which is a sign that we may have room to run.”

In an open market, any gain in one area is likely to be reflected as a loss in another. Bitcoin is an asset tethered to nothing with value founded in belief — but it has filled a desire for a decentralized currency independent of state that has gone from a fringe idea in 2009 to something that feels relevant as one watches smoke pour from the U.S. Capital building.

Dan Jovevski Founder & CEO of Australia personal finance app, WeMoney said, “This rally in Bitcoin is different, you’re seeing a massive change in awareness since the last rally in 2017, this time you’ve got a whole generation of people that have been exposed to Crypto that are more casual buyers. We’ve seen that 20% of our members have some type crypto exposure which is a number that would have been unthinkable only 3 years ago. More regular everyday people see that the excess global money printing is leading to more people to invest into scarce asset prices.”

For the time being, Bitcoin is celebrated for playing a role slightly adjacent to its intended purpose as a currency — people are buying and HODLing, which only drives the sense of scarcity. However, BTC’s viability as a safe haven remains to be proven. It’s fair to say as long as a pandemic, economic hardship, and a weak USD hectored by bad faith politics remain our daily reality, the horizons will continue to be sunny for Bitcoin and those who have had the foresight to buy early.

Which is the better choice — buying regular shares of Tesla Inc (NASDAQ: TSLA) and other companies or buying the securities in a token format? read more