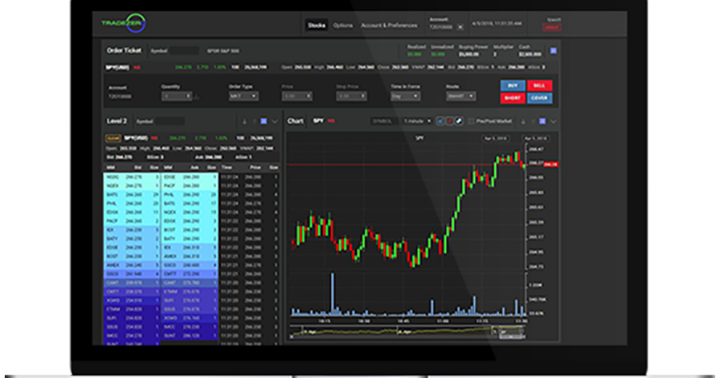 Responding To US Demand

Pipitone, John Muscatella and Giovanni Ferrara opened Noble Trading in 1999. The partners sold the venture to Lightspeed in 2010.

To reduce costs and exploit new tech opportunities, Pipitone began setting the foundation for TradeZero, a platform later commissioned in 2015 by the Securities Commission of The Bahamas.

“We’ve been running and operating TradeZero offshore since May 2015. We had a brick-and-mortar down in Nassau, with a full staff, compliance team, customer service and sales,” he said.

TradeZero leveraged technology Pipitone helped build over the years, he said: everything from the desktop version to the web traders and mobile apps

The interest from the U.S. was so great that it inspired the company to establish a commission-free trading model in the States, Pipitone said.

“In December of last year, we began the process of buying a broker-dealer in the U.S., which was completed in April 2019. We then launched TradeZero America in April of this year.”

TradeZero is in the process of moving its clearing operations to Apex Clearing Corporation.

"That is scheduled to happen in mid-October. Once that happens, we will begin offering commission-free options trading in the U.S. — so right now, it’s equities only.”

The company's recent projects include a new charting package set to be release for the platform's desktop and web versions, as well as upgrades to the mobile Android and iOS apps.

"We have in-house developers on all these platforms, so all of these things are constantly being updated."

TradeZero is not just another commission-free mobile app, Pipitone said.

He credits newer entrants like Webull and Robinhood and said the platforms have done an excellent job of demystifying the stock market.

“A good portion of their users love the commission-free model, but they want more. They want a more active trading experience.”

A quality platform and support team are buoying TradeZero's efforts to create a best-in-class trading experience, he said.

One goal of TradeZero's is to introduce cryptocurrency trading, Pipitone said.

“We expect fully, by the end of this year, to include the four major crypto tokens on our trading experience,” Pipitone said.

Though the funds will appear in one place, the money will be stored in different locations, since cryptocurrency is not SIPC-insured, he said.

“It is technically kept separate, but from the perspective of the user, we are able to combine those balances to show it as one unified buying power, allowing the user to trade equities, options, and crypto from one pool of funds."

Benzinga asked Pipitone what needs to happen for the crypto space to grow.

“It would be super refreshing to have one centralized set of rules for crypto trading, [and] the Know Your Customer (KYC) and Anti-Money Laundering (AML) rules around that," he said.

"It’s sort of like a guessing game, hoping that you’re doing the right thing when there may be other things that are required."

Is Solana Crypto Set To Hit A New All-Time High?

Solana (CRYPTO: SOL) price touched an all-time high of $214.96 in September and it was hovering 3.5% below that level at press time. What Happened: Solana is a token of a high-performance blockchain protocol focused on decentralized applications or DApps.  read more

Yes To Dogecoin, No To Shiba Inu: How Fans On Reddit Are Reacting To This Elon Musk Revelation

Some of the Dogecoin (CRYPTO: DOGE) and Shiba Inu (CRYPTO: SHIB) knockoffs are seeing strong gains as of Sunday night after Tesla Inc. read more