Is Tilray The Next Short Squeeze Candidate? 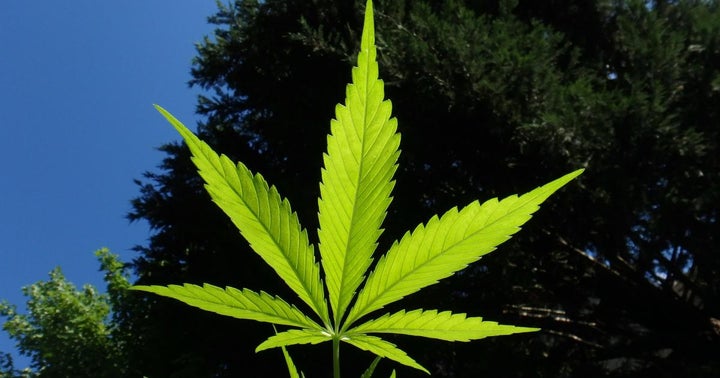 Tilray, Inc. (NASDAQ:TLRY) announced Tuesday the launch of a new medical brand, Symbios, as well as a new line of topical treatments under its Aphria brand. Symbios will offer a range of products including dried flower, oils and pre-rolls while Aphria’s new product line is aimed specifically at patients suffering from inflammatory joint disease.

On Wednesday, Tilray CEO Irwin D. Simon will appear on Benzinga’s “Power Hour” show at 12:30 p.m. ET, in an exclusive interview, to talk about what’s new and share his thoughts on the stock.

In January Tilray squeezed short sellers after having a target placed on it by the Reddit community. Tilray’s squeeze peaked on Feb. 10, 10 trading days after the height of GameStop Corporation’s (NYSE:GME) squeeze.

After months of consolidation, and in some cases steep sell-offs, a number of the same Reddit stocks that were targeted at the beginning of the year are being earmarked again and traders and investors will be watching to see if history repeats on Tilray’s stock.

The Tilray Chart: Tilray found a bottom of $13.41 on May 13, which coincided with the 200-day simple moving average (SMA), and began forming into a triangle pattern on the daily chart. On May 24, Tilray met the apex of the triangle and on May 25 broke up bullish from it and began to trek north. Tilray has since regained the $17.57 level as support and both commonly followed exponential moving averages (EMAs).

Volume in Tilray’s stock has been increasing which indicates more traders have taken an interest in the stock. Positive sentiment may be slowly returning to the cannabis sector as a whole. 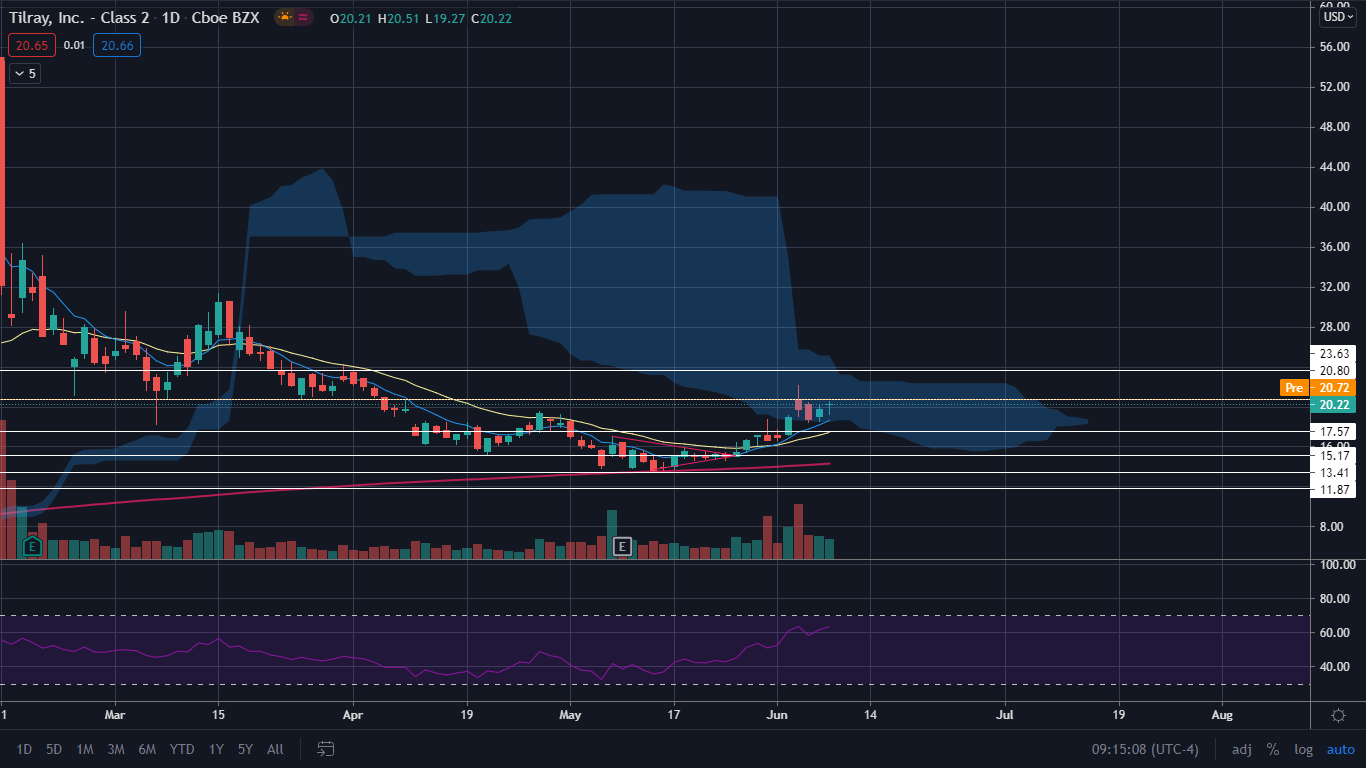 Bulls want to see Tilray’s stock break up over the resistance at $20.80 that it's been consolidating under for the past four trading days. If Tilray can regain that level as support, it has room to move up toward $23.63 before meeting another resistance level.

Bears want to see bearish volume enter Tilray’s stock to drop it back down under the eight-day EMA. If Tilray were to lose that level as support, it could fall toward the $17.50 level and if that support level buckled Tilray could drop to the $15 mark.

TLRY Price Action: Shares of Tilray were trading up 2% to $20.61 at publication time.