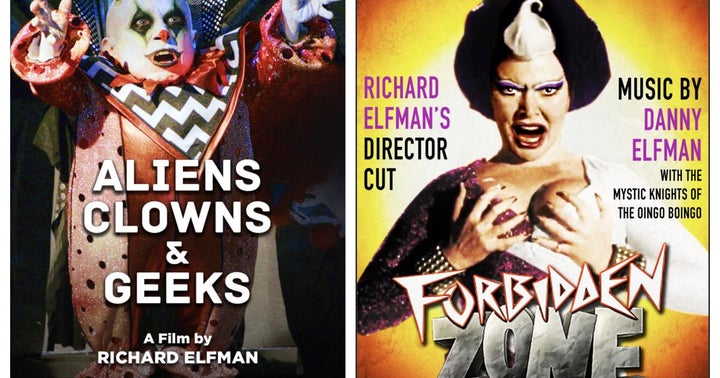 Richard Elfman is going on a double feature drive-in tour.

Tessa Adams, CMO of Moxie said her team is incredibly excited about this partnership.

“Richard Elfman’s films Forbidden Zone and Aliens, Clowns & Geeks make a fantastic and fun double feature promising to be the event of the summer. We are thrilled to be able to offer the drive-in viewers a one-of-a-kind experience with our full suite of Cannabis products via our HighNow delivery service,” she added.

Aliens, Clowns & Geeks tells the story of an out-of-work actor who stumbles upon a key to the universe and is drawn into an intergalactic war between clowns and aliens. The film stars the late Verne Troyer in his final film role, Bodhi Elfman, Rebecca Forsythe, Angeline-Rose Troy, Steve Agee, French Stewart, Nic Novicki and George Wendt. Additionally, there is a musical score by Richard’s brother Danny Elfman, who has been referred to as “Hollywood’s hottest film composer, and Ego Plum.

Forbidden Zone, called the Citizen Kane of Midnight movies, stars Herve Villechaize, Susan Tyrrell, Marie-Pascale Elfman, Viva and the Kipper Kids. This is a humorous musical tale of a girl who travels to another dimension through a gateway found in her family’s basement. The film is an extension of the musical/theatrical troupe, Mystic Knights of the Oingo Boingo founded by Richard and Danny Elfman, (who did the score and plays Satan). The Mystic Knights garnered international attention.

Richard Elfman will be on hand to sign posters and do a Q&A.