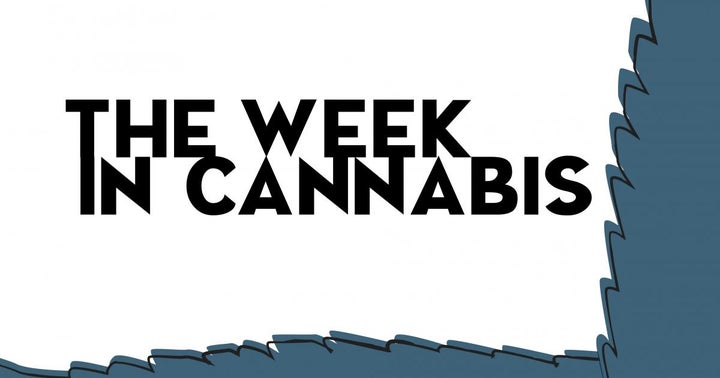 In a week where overall markets traded up, cannabis stocks were in the red, despite a series of big news, M&A and financing announcements.

The deal implies a $1.024-billion equity valuation and an approximate enterprise valuation of $691 million.

In addition, Curaleaf teamed up with an institutional investor to secure $130 million in financing for further expansion of Curaleaf International.

“These cannabis deal numbers just keep getting bigger. Mercer Park is grabbing Glass House Group for over half a billion dollars, while Canopy Growth is picking up The Supreme Cannabis Company for $435 million. These numbers can't help but feel inflated. The revenues make the break-even so far into the future that one wonders if we are having another bubble,” Debra Borchardt, editor-in-chief of Green Market Report, told Benzinga.

ETFs were all down. Over the five trading days of this week:

Trulieve Cannabis Corp. (CSE:TRUL) (OTC:TCNNF) announced a marketed public offering of its shares. The company opted to sell 5 million subordinate voting shares in the United States and Canada in an underwritten public offering, at a price of C$50.00 per share (or $39.63 per share). Total proceeds before deductions, commissions and other expenses, are expected to come in at approximately $198.1 million.

The two bills would create a statutory timeline for the legalization of the commercial cannabis market in the Old Dominion, and also enable the possession and growing of cannabis by adults. The personal use provisions of the law to take effect on July 1, 2021, instead of January 1, 2024, which was originally passed by lawmakers.

Illinois hit another record in marijuana sales, surpassing $100 million in March. According to the state Department of Financial and Professional Regulation, a total of 2,317,315 marijuana items worth $109,149,355 were sold over the period.

Texas lawmakers unanimously voted for a medical cannabis expansion bill in the Public Health House Committee. With the Committee’s passage, the bill is now moved to the Calendars Committee to be scheduled for a vote by the House of Representatives.

The medical cannabis bill, HB 1535, sponsored by Chairwoman Stephanie Klick, proposes adding PTSD (for veterans only), cancer, and chronic pain to the list of health conditions that qualify patients for treatment with medical cannabis. Furthermore, the bill would increase the THC cap for medical cannabis products from 0.5% to 5%.

IM Cannabis (CSE:IMCC) (NASDAQ:IMCC) continues to strategically expand in Canada with its second acquisition of 2021. This week it reached a definitive agreement to acquire MYM Nutraceuticals and its Licensed Producer subsidiary Highland Growth for C$85 million ($67.6 million).

Fyllo raised $30 million via an oversubscribed Series B round co-led by JW Asset Management and Sol Global.

Cansortium Inc. (CSE:TIUM) (OTCQB:CNTMF) secured some $12 million in financing through a sale of roughly 17.14 million of its units at 70 cents per unit.

Green Thumb plans to buy the remaining eight lots, covering around 40 acres, at the Warwick Valley Office and Technology Corporate Park to construct a state-of-the-art cultivation and manufacturing facility.

Cronos Group (NASDAQ:CRON)-backed hemp and cannabis licensed producer NatuEra is exporting THC from Colombia to the United States. The shipment was imported by California’s Biopharmaceutical Research Company and was approved by the U.S. DEA and Colombia’s National Narcotics Control Board.

Subversive Acquisition LP (OTCQX:SBVRF)(TSX:SVX)(NEO: SVX.U) announced that InterCure, an Israel-based company it will be combining with this month, signed an agreement with Berner’s famed cannabis brand Cookies for its European expansion.

Azuca CEO Kim Rael told Benzinga, “We are proud to work with Everest to bring Azuca's chef-quality edible products to the New Mexico market. With our patent-pending TiME INFUSION™ technology, we are able to deliver consistent, trustworthy and fast-acting edibles consumers can rely on. As adult use cannabis legalization in New Mexico looks imminent, we believe Everest is the perfect partner to allow us to continue our expansion and fulfill the demand for high-quality infused products.”

Veriheal announced a $20,000 Innovation in Cannabis scholarship to fund students pursuing degrees in the cannabis industry to support upcoming talent and bring fresh perspectives to the field. The scholarship launched last year and has been doubled to offer 20 grants in the amount of $1,000 each to qualifying student applicants.

The Emerald Cup will honor hemp activist and Native American leader Winona LaDuke with the 2021 Willie Nelson Lifetime Achievement Award. LaDuke will be honored on this Sunday, April 11, 2021 at 4:20PM PDT during the virtual “The Emerald Cup Awards Show'' broadcast  live on Social Club TV.

Tilray's Stock Just Lost A Key Level, But There May Still Be Hope

Raúl Elizalde On The Benefits Of Cannabis Legalization In Mexico, Potentially The Biggest Market In The World

Want To Study Cannabis Chemistry? You May Even Get The Scholarship

Mexico's Cannabis Legalization And The Potential Boom Of Wellness Travel: What It Means For Investors

Weed's THC Makes You Paranoid? Heres What You Can Smoke Instead | Benzinga

Does Consuming Marijuana Help You Lose Or Gain Weight? | Benzinga