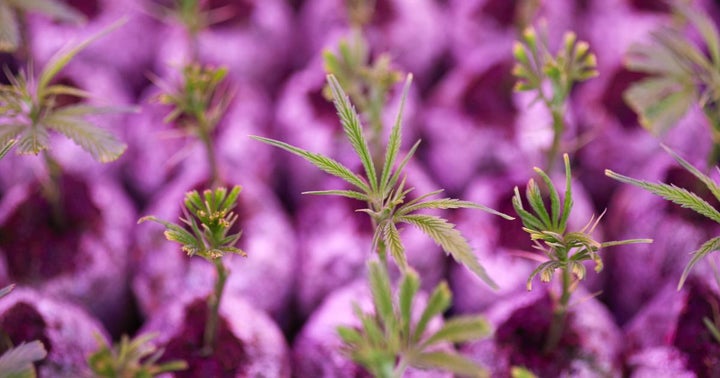 The meeting will be held Friday, April 16. 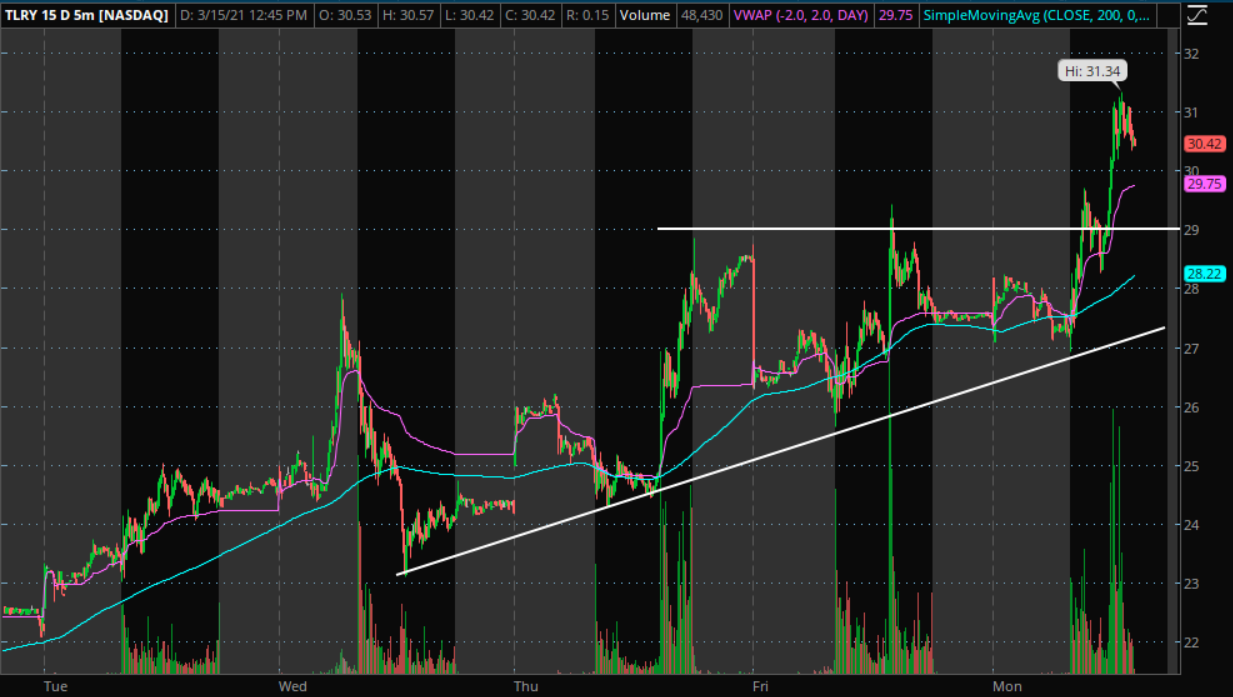 Tilray Technical Levels To Watch: The short-term, 5-minute chart above has what looks to be an ascending triangle pattern that was broken out of Monday.

This triangle pattern showed higher lows building up to a resistance level of $29. This level was broken and now may hold as a potential support level in the future.

The stock has also been holding the 200-day moving average (blue) and VWAP (pink) as support. As long as those levels are held, the stock may still be considered bullish on the day. 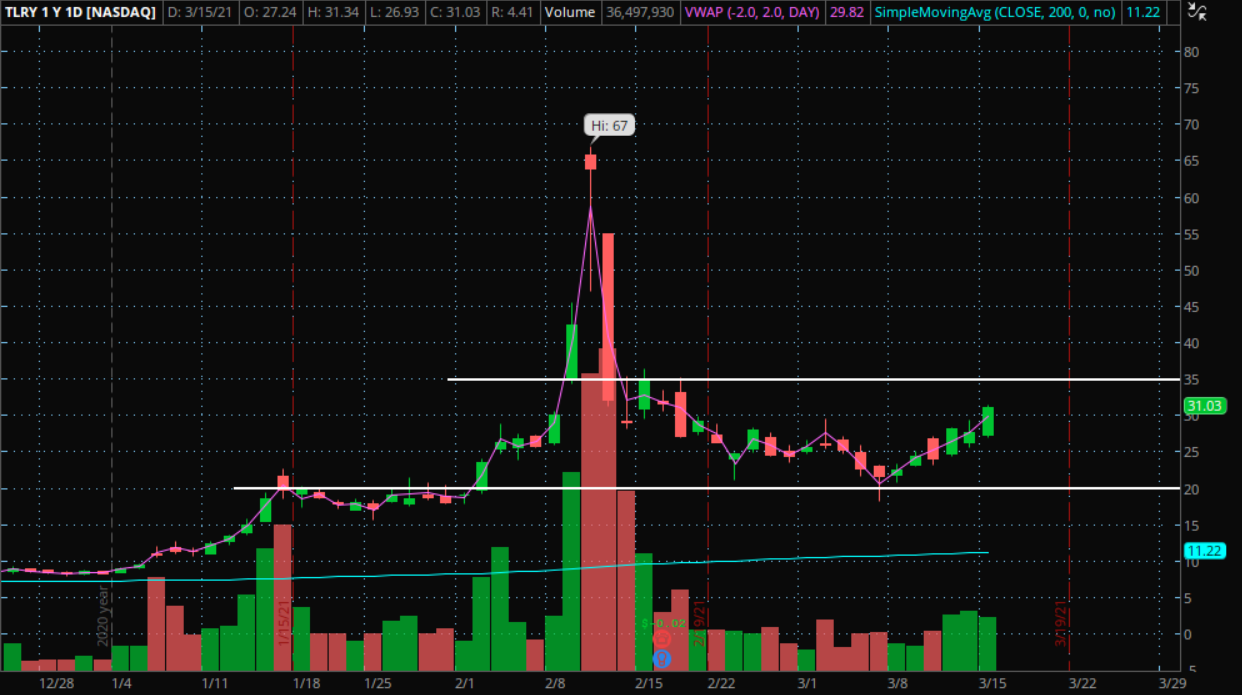 The daily chart shows the stock has been trading in a channel. The support level at the $20 mark comes from old resistance levels that were retested as support and were able to hold. The resistance from previous highs seems to be near the $35 level.

Bulls would like to see the resistance level break with some consolidation before the price may go higher up.

Bears would like to see the opposite occur with a support level break and consolidation before the price may go lower.

Tilray is trading with a market cap of $4.8 billion and a public float of 143.8 million shares.

Benzinga’s “Get Technical” is all about engagement. Ask for the stock analysis that you want to see! Learn about indicators such as MACD, Fibonacci retracement, RSI and moving averages. Watch today’s show in the video below: