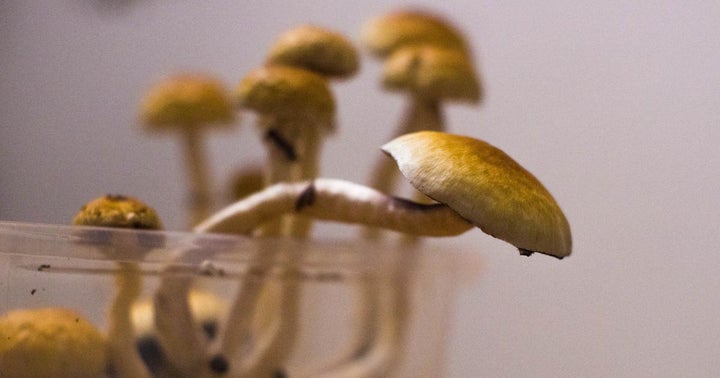 Last month, a group of Hawaiian legislators introduced a bill that would legalize and regulate psilocybin, the active compounds in “magic mushrooms.”

“The reason I wanted to introduce this measure is because, as you know, in the 2020 election, a number of jurisdictions across the country, including Oregon, Oakland, Sacramento, Denver, Somerville, have moved forward with different legislation on psilocybin and further research and application of its mental health properties. And I believe that Hawaii should be part of that movement,” said Hawaii Senator Stanley Chang, one of the bill’s proponents.

Last November, Oregon became the first state to legalize and launch a program for the therapeutic use of psilocybin. A number of other jurisdictions are currently looking into developing similar programs.

Chang introduced his bill, SB738, with Sens. Laura Acasio, Les Ihara, Jr. and Maile Shimabukuro. The goal is to remove psilocybin and psilocin from the list of Schedule I substances and require Hawaii’s Department of Health to establish treatment centers for the therapeutic administration of these compounds.

Will The Bill Pass?

The bill could have a significant effect on the Hawaiian population when it comes to providing access to alternative mental health treatments. However, according to Chang, the bill is not a sure victory yet.

There are over three thousand bills introduced every year in Hawaii’s legislature. Only less than 10% make it through both houses and get signed into law.

“The odds are that it is relatively not likely,” said the senator. “A big part of the legislative process is not just actually passing a bill, but taking part in a community discussion about what the issues are, what the priorities should be."

Psilocybin may not be at the point today where there's a community wide-consensus of its therapeutic value, he explained.

“That's our job as legislators and policymakers, to engage in that conversation, to determine what is valuable, what's not valuable," Chang said. "And, you know, that's an ongoing conversation that we need to have.”

A Growing Emphasis On Mental Health

For Chang and his colleagues, the psilocybin bill is part of a larger process to improve mental health treatment across the state. Chang sees mental health as one of his legislative priorities.

Despite decades of activism, mental health continues to be placed behind physical health when it comes to policy-making priorities.

Psilocybin could also be a key element in a shift towards achieving a balance between mental and physical health coverage.

“At the policymaking level, we're finally catching up to a process that's been going on for years in the medical community. And we're finally starting to understand that the research shows that there are significant benefits to this type of treatment and that, at the very least, we should be conducting a lot more of this research.”