Why Medical Marijuana Should Be Legal 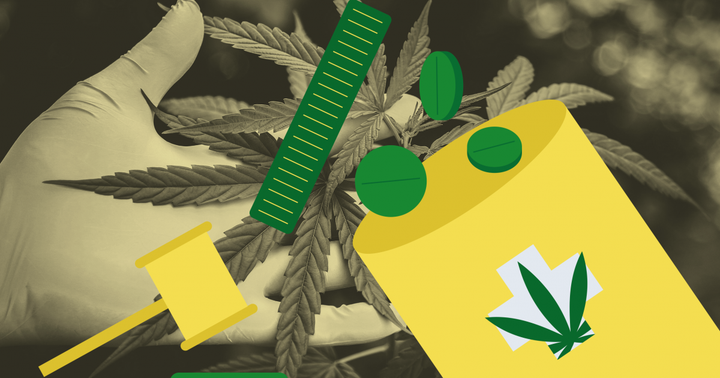 Medical marijuana is slowly becoming more accepted across the globe. Here's why that's a good thing.

Medical marijuana is now legal in some form in 30 countries across the globe, as well as in 35 U.S. states. The medical use of cannabis is becoming increasingly accepted among doctors and patients alike, and legislators are starting to legalize and regulate medical marijuana as a result.

However, the War on Drugs hasn't ended entirely, and medical cannabis remains illegal throughout a majority of the world. As you can see from the map above, across virtually all of Africa, and much of the Middle East and Europe, medical marijuana remains prohibited.

Due to the efforts of the U.S. Government under President Nixon in the '70s, cannabis was made legal virtually everywhere in the world, and many of its effects can still be felt today. Funnily enough, while it was the U.S. that enacted the War on Drugs and pushed it to other countries, the U.S. has since become one of the most supportive of cannabis legalization, while foreign countries maintain their anti-marijuana stances.

But the tides are certainly turning, and as they do, we want to illustrate precisely why the legalization of medical marijuana and cannabinoid medicines is a good thing.

Admittedly, the War on Drugs placed a muzzle over research surrounding medical cannabis and its potential benefits for many years, as researchers were simply unable to gain access to plant materials without wading through a sea of red tape.

This created a catch-22 surrounding the legalization of cannabis, as cannabis has been kept illegal under the pretense that it has "no accepted medical benefits," and yet it is precisely this same legal classification that prevents research that might find such benefits.

Despite this, research surrounding medical cannabis and its uses has been accelerating, with 2020 seeing more research carried out on cannabis than any prior year.

Moreover, of the research that has been carried out in recent years, the majority of it was focused on the harms of cannabis use, rather than its benefits.

The largest amount of money came from the U.S. National Institute for Drug Abuse.

Having said all of this, there are still plenty of positive signs that cannabis can indeed serve as a medicine or a complementary therapy while patients are on other medicines.

Firstly, for those that are interested in medical marijuana, but are reluctant to get "high" like they would when smoking a THC-rich joint, there are cannabidiol (CBD) medications that provide many of the same benefits of cannabis without the intoxicating effects.

That said, cannabis is believed to have an "entourage effect," which means that you may get greater medical benefits when combining the various cannabis components such as THC or CBD, as compared to having them on their own.

Cannabis is becoming an increasingly popular treatment for chronic pain and is being adopted by many athletes across a range of sports, as well as to help minimize inflammatory issues due to its anti-inflammatory effects.

These benefits are also enjoyed by cancer patients going through chemotherapy, who often report that medical marijuana helps them to manage their pain and sleep through the night.

Medical cannabis has been documented to alleviate symptoms of Parkinson's disease and epilepsy, as well as helping with insomnia, anxiety, PTSD, and a host of other conditions.

Why Medical Marijuana Should Be Legal

In our view, medical marijuana should be made legal wherever it currently isn't, for a wide array of reasons.

The first reason is that cannabis, in many cases, can serve as a viable alternative to opioids for pain relief. This is critically important given the addictive and potentially fatal impacts of opioids.

According to drugabuse.gov: roughly 21 to 29 percent of patients prescribed opioids for chronic pain misuse them. Between 8 and 12 percent develop an opioid use disorder. An estimated 4 to 6 percent who misuse prescription opioids transition to heroin. About 80 percent of people who use heroin first misused prescription opioids.

While medical cannabis can't provide the same pain relief as an opioid can, it can give patients a better, and more manageable quality of life without the same risks that come with opioid use and misuse.

We do want to stress that we aren't saying there aren't risks associated with cannabis use, as medical cannabis can be addictive and lead to withdrawal symptoms if used too regularly, however, the risks are certainly more minimal when compared to other medications.

Additionally, as we mentioned earlier, it is precisely the prohibition of cannabis that is preventing research from being carried out on its potential benefits, and so legalizing the plant would allow for a deeper understanding of what it is capable of.

For example, there are pre-clinical trials that demonstrate that the cannabinoid compound CBG, or Cannabigerol, can impede the proliferation of glioblastoma, the most common form of brain cancer, and can also enhance glioblastoma cell death, even in therapy-resistant glioblastoma stem cells.

Had medical marijuana been made legal and accessible to researchers sooner, perhaps we'd already have the answers to whether it could help brain cancer patients, as well as those suffering from other conditions.