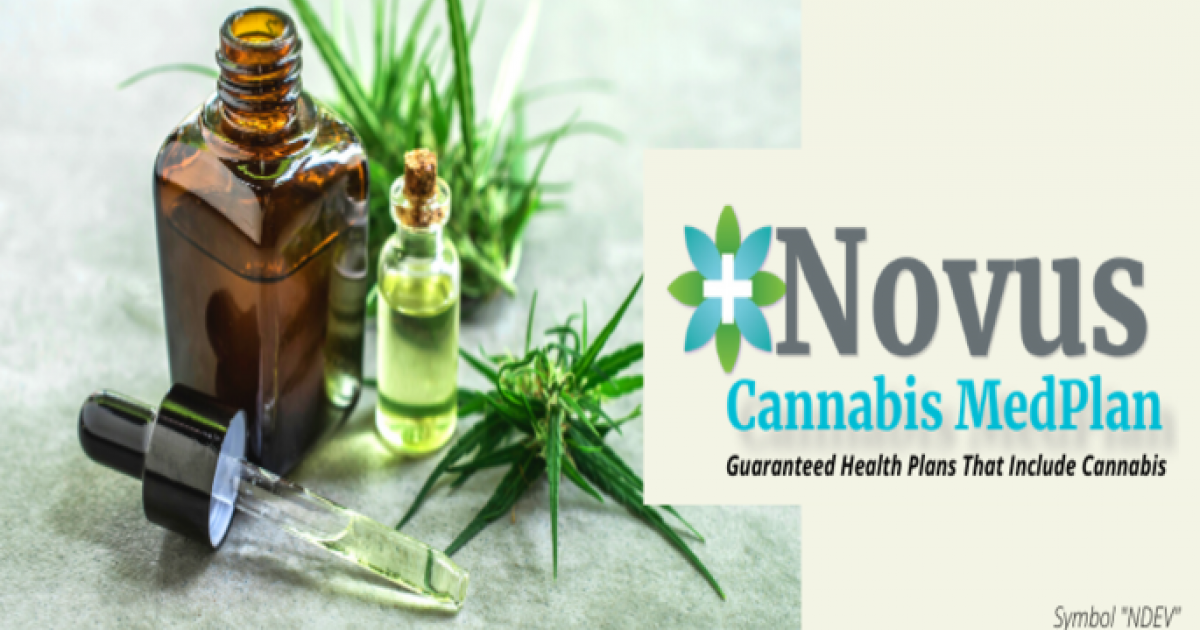 Cannabis is legal in some form in 34 U.S. states, with five more pending legalization. Of those states, most have legalized all forms of cannabis for medicinal purposes, though a handful have only legalized CBD oil.

Despite increased legalization, there remains a major void in the medical cannabis market: health insurance.

The reason major health insurance carriers won’t cover cannabis is they require their drug formulary approved by the FDA before it can be covered in their medical plans. With cannabis still classified as a Schedule I drug at the federal level, no such drug has been approved with exception of Epidiolex, an FDA-approved CBD-based epilepsy medication developed by GW Pharmaceuticals.

One in ten Americans who seek cannabis included in their health plans can turn to one such company, Novus (NDEV), which offers its proprietary health benefits to both medical and recreational cannabis users similar to prescription plans offered by major carriers through Novus Cannabis MedPlan.

Founded in 2015, Novus has built a sales distribution base of 1,000 insurance agents, brokers, and wellness companies who sell their plans. We have a customer base of 2,000 who pay on average of $24.95 per month, with an additional 3,000 patient members on standby that are located in underdeveloped markets. Our in-network provider base includes close to 325 cannabis verticals that offer pre-negotiated discounts on THC Plans (which are state-specific) and CBD Plans (which are drop-shipped nationwide).

Novus has a first-mover advantage in the health insurance sector with plans that are compliant with Health Savings Account (HSA) and Health Reimbursement Accounts (HRA). These are savings and reimbursement accounts used by employees with a high-deductible health insurance policy, allowing them to save money tax-free as long as it is applied to medical expenses and premiums.

Late in the fourth quarter, we finalized an agreement with insurance wholesale carrier Elevate Wellness with 92,000 patient members on their insurtech platform to sell carrier-based fully guaranteed health plans to be implemented late in the first quarter of 2021.

As cannabis moves toward federal legalization, Novus is approved to offer its plan in all 50 states and will transition to User-Based Insurance (UBI), a calculation of user’s consumption behavior and offer tiered premium schematics, making a win-win for both Novus, dispensaries, and the consumer.

The smaller health carriers are inclined to focus primarily on niche markets but still can provide strong growth as their larger competitors. Even with the obstacles presented in the effort of full legalization, Novus Cannabis MedPlan is committed to developing a boost in consumer participation in the near term through insurance.

Frank Labrozzi is the CEO of Novus Cannabis MedPlan