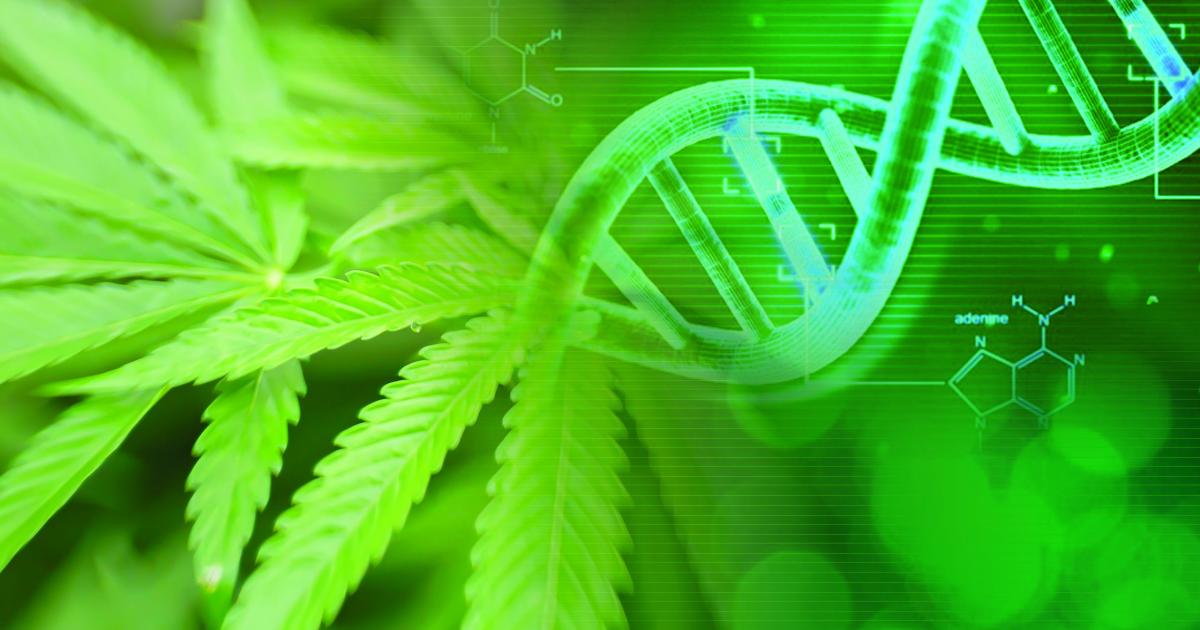 In commercial production, marijuana plants are all genetically feminized, as female plants accumulate far larger amounts of several cannabinoids in the trichomes than male plants, which are often removed or killed. Moreover, the presence of male plants among females often leads to the fecundation of female plants; a fecundated female plant will lead to seed formation, reducing flower quality (as they become hermaphrodites) and buds/cannabinoids yield.

Both genetics and environment play a role in the determination of the sex of a cannabis plant. Many growers focus on the growing conditions to ensure that hermaphroditism (when you have both male and female flowers on the same plant) does not take place, but genetics play just as important a role.

Scientists have already identified which genes are responsible for flower formation and sex development in other plants in the past.

For instance, loss or gain of function of those genes, due to environmental conditions or genetic manipulation, can have deleterious effects, including elimination (when the plant doesn't develop any flower) or conversion of floral parts (changes from female to male plants, for example).

As previously mentioned, sex determination in the cannabis flower is controlled primarily at the genetic level. Therefore, mapping the genes responsible for sex differentiation and understanding the molecular basis of male flower development in cannabis is extremely interesting in a marketing perspective.

Male flower poses a problem for farmers growing drug-type female plants for cannabinoids since male flowers have fewer trichomes and lead to limited amounts of cannabinoids.

Nowadays, the rapidly growing hemp farming industry requires sex determination genetics for seed and fibre quality, as even feminized seeds can develop male flowers due to environmental conditions and mutations in the plant's DNA.

In this study, headed by Soheil S. Mahmoud from The University of British Columbia, feminized plants were treated with silver thiosulfate (Ag2S2O3) complex, a chemical compound capable to induce masculinizing effects and development of male flowers in female plants, and employed a comparative RNA-Seq study (a technique that can examine the quantity and sequences of RNA, and analyzes the gene of the plant) to identify who are the genes involved in sex modification and flower development.

The investigation highlighted a number of genes with potential roles in floral development and sex determination.

Among these are genes involved in flower development, and plant hormone signalling.

The results suggest that stamen (the pollen-producing part of a flower, usually with a slender filament supporting the anther) development in female cannabis plants can be associated with complex networking of diverse genes involved in floral development, phytohormone signalling, sugar/lipid metabolism and other sex-related pathways.

Although the exact roles of these genes must be further investigated in plants, this study could be useful for the understanding of a plant's predisposition to produce opposite sex flowers and help growers to regulate this trait depending on the purpose of the cropping.

Moreover, this could be one step forward into specifically genetic modified cannabis, in order to manipulate certain features of the plant, such as increasing the percentage of female flowers, complete deletion of male flowers and enhanced trichome production per plant.

But the amazing word of Cannabis Genetic Modification does not stop there, and we may face a steep growth on the field, leading to the development of Cannabis plants that are pest resistant, drought resistance, improved yields and with selective phenotypes.

Studies such as this not only produce outstanding knowledge about the plant biology but also creates amazing market opportunities for those seeking for specific traits in their cropping production.