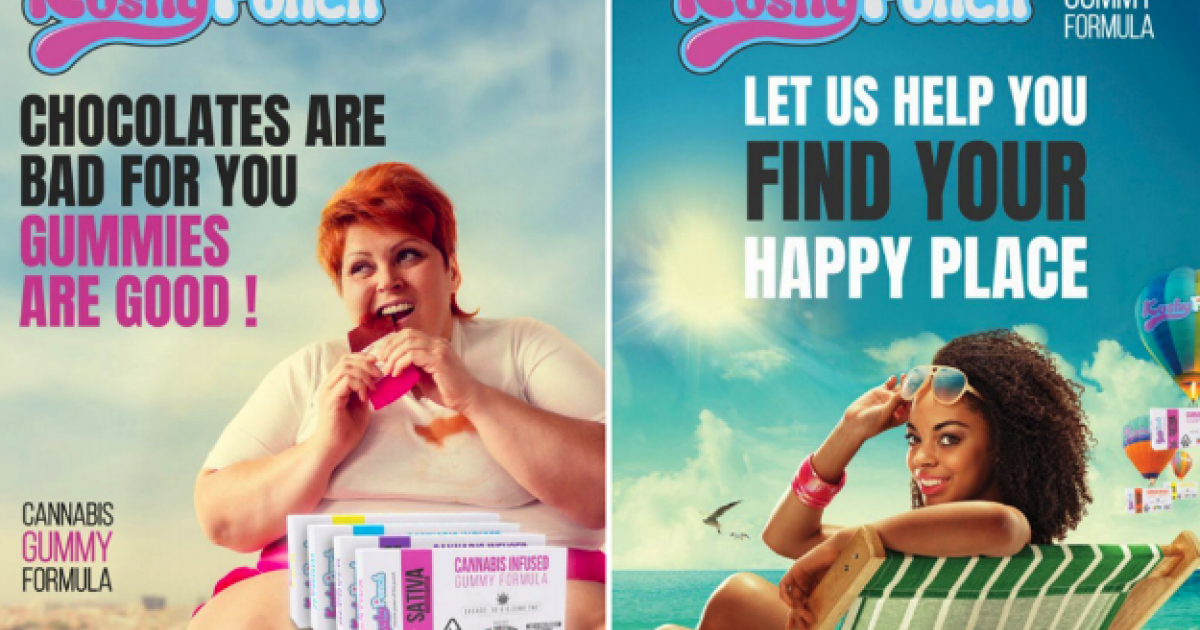 Kushy Punch, a cannabis edible brand that had already attracted attention from California regulators, is now targeted in a wrongful death lawsuit filed by the family of a 28-year-old woman who allegedly died hours after consuming the brand’s THC-infused gummies.

The lawsuit, which charges Kushy Punch and several related enterprises with multiple counts of negligence and product liability claims, could have broad implications for cannabis operators if the defendants are held liable. It also highlights how federal legalization could bring about increased protections both for consumers and businesses, according to an attorney uninvolved in the case.

“If these [cases] stick, it would be quite damaging for the industry,” said Tom Downey, an attorney with the Denver-based Ireland Stapleton firm.

The parents of Le’Sharia Bre’aun Steele, who died in October 2018 after allegedly eating the Kushy Punch gummies she purchased from a San Diego dispensary, filed suit Oct. 20 in California state court. The lawsuit names as defendants Vertical Bliss, Kushy Punch’s parent company, and several related businesses and their representatives. It calls for punitive damages and a jury trial.

Steele was a health-conscious woman who rarely drank alcohol, according to the suit, and had only tried marijuana a small number of times. She was working as a flight attendant when she tried the Kushy Punch gummies, the suit says, due to them being misleadingly advertised as a safe, healthy product.

“Contrary to defendants’ misrepresentations,” the suit states, the gummies took Steele’s life “after she ingested them and experienced acute severe symptoms that lasted for hours, including cardiovascular, respiratory, psychiatric, and dysphoric symptoms that manifested as uncontrollable movements, terrifying heart racing, trouble breathing, and mental and physical uncharacteristic outbursts and severe panic attacks.”

In September, California regulators filed suit against Vertical Bliss, alleging the company manufactured and distributed $64M worth of infused gummies at an unlicensed facility. State regulators began investigating the company in October 2019 after receiving a tip about it running an illegal operation in a separate facility from its licensed operations.

Vertical Bliss is facing civil penalties from that case that could amount to nearly $500M.

In the lawsuit filed by Steele’s family, the plaintiffs allege Vertical Bliss and the other defendants gave no regard to safety in developing and selling their products and were instead motivated only by profits.

The suit alleges the defendants knew or should have known the health risks associated with marijuana edibles, which are not regulated by the Food and Drug Administration due to cannabis being federally illegal. On top of that, the suit alleges, the defendants “consistently bragged” about the gummies being “potent, strong, heavyweight, and ‘punch[es] you in the face.’”

“These companies disguise and market their products as safe, fun and healthy, going so far as to represent to consumers that the products ‘deliver(ed) the wellbeing and relief to all those that seek it,’” said Robert J. Francavilla, an attorney with the CaseyGerry firm who is representing the plaintiffs. “What they do not tell consumers is that the use of their products carry extreme risk of serious injury or even death.”

“If these [cases] stick, it would be quite damaging for the industry,” said Tom Downey, an attorney with the Denver-based Ireland Stapleton firm.

While overconsumption of cannabis edibles can cause intense distress, incidents of them being directly fatal are vanishingly rare. Most medical professionals indicate that THC consumption cannot be fatal on its own, but there is no consensus on the subject. Consumers could also be potentially harmed by other substances found in edibles.

The issue could be complicated by the Kushy Punch lawsuit, which alleges that the gummies contained several harmful chemicals left behind by the process of extracting the THC from its source plant.

The THC in the Kushy Punch gummies was extracted using an ethanol method, according to the suit. While ethanol is drinking alcohol, its byproducts when used to extract THC can be hazardous, states the suit, which noted that trace amounts of ethanol were found in the gummies consumed by Steele.

The suit also alleges the gummies were tested as one large 100 mg sheet, instead of having an individual test for each individual gummy, which could show the dosage for each. The legal limit in California is 100 mg per package with individual morsels limited to 10 mg each.

“This shows not only were Defendants likely selling a sheet of gummies with unknown dosages, but the overall content was also inaccurate,” the suit states.

In addition to ethanol, the lawsuit states that the tested sample of gummies contained small amounts of acetonitrile with traces of butane and other solvents.

The lawsuit also takes issue with the gummies’ packaging which it says contains either no or insufficient warnings about the risks of consuming cannabis vs. smoking it, as well as a lack of information related to dosing, side effects and other health risks.

“We are determined to fight for justice and set the platform for safer practices, full disclosure and clear warnings from the marijuana industry,” said Meagan L. Verschueren, an associate with the CaseyGerry firm.

Downey, the Ireland Stapleton attorney who previously served as director of Denver’s cannabis licensing, said he has not personally litigated a wrongful death case involving cannabis, but he suggested that the industry would be wise to take cues from the alcohol industry.

Dram shop liability laws, which were enacted across the U.S. following the end of alcohol prohibition in 1933, are used to impose civil liabilities against bars or restaurants that overserve patrons who then go out and cause injury to themselves or others. Under the dram shop laws, the establishments that served the alcohol can be held liable for those later injuries.

Most states don’t have similar laws for cannabis companies, at least in part because insurers likely won’t cover claims involving federally illicit substances. By ending prohibition, though, insurers would likely be willing to extend such coverage to cannabis companies, Downey said. Further, he noted, consumers would likely be better protected by across-the-board standards on issues like proper dosing and labeling.

“What will come is special insurance for marijuana businesses to account for the marijuana equivalent of dram shop laws,” he said.

That issue is highlighted in what is believed to be the first wrongful death lawsuit filed against a cannabis business.

In that 2016 case, two Denver-based marijuana companies were sued for wrongful death after a man fatally shot his wife after consuming cannabis edibles. The plaintiffs alleged the companies — the brand and the dispensary — failed to warn about the risks of consuming edibles. Richard Kirk, the shooter, pleaded guilty to second-degree murder and was sentenced in 2017 to 25 years in prison.

The wrongful death suit against the business that sold Kirk the edibles is apparently still pending. But the company’s insurance carrier, United Specialty Insurance, maintained that it has no obligation to cover the business since it had a specific exclusion for psychotropic substances, despite the client being a marijuana dispensary.

The status of the suit against the brand is not clear.

That lack of enforceable insurance coverage is just one of the ways that cannabis businesses are exposed to massive financial losses from litigation, Downey said. He noted that even in cases won by dispensaries, the companies must largely foot their own legal bills and can incur significant losses even if a case is thrown out.

What's Next For Cannabis Marketing?

This article by Alex Halperin was originally published on WeedWeek, and appears here with permission. In cannabis, marketing is everything. read more

Endocannabinoid System: What Is It And Why Is ECS Important?

Online CBD shop Deep Six CBD presented Delta 8 THC oil, vapes and edibles at its store in Scranton, Pennsylvania at the Viewmont Mall. Deep Six has several store locations in Pennsylvania, including the one at Viewmont Mall near Dickson City and Dunmore, which opened in the beginning of 2020.  read more