Do Cannabis Investors Need To Know About The Science Behind The Plant? 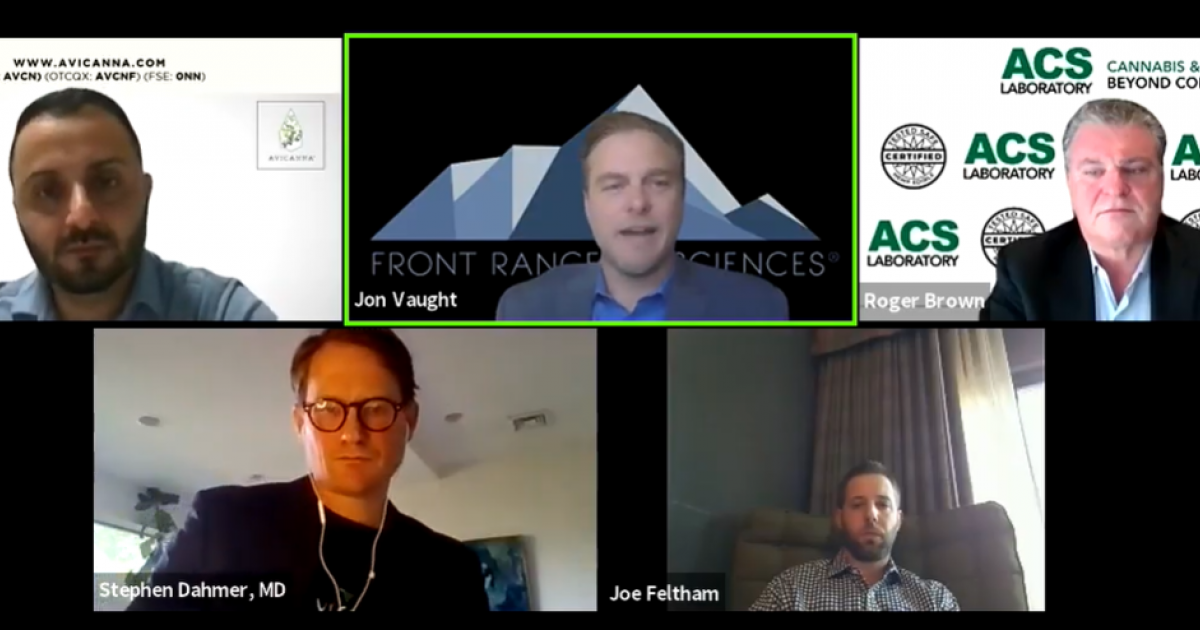 “There’s a huge misconception that everything in cannabis is the same, and every company in cannabis is doing the same thing,” says Aras Azadian, CEO of Avicanna (TSX:AVCN) (OTCQX:AVCNF), a Toronto-based cannabinoid and biopharmaceutical company.

The exec believes that investors first need to understand that “just because a company is working with cannabinoids, that doesn’t make it part of the same sector, same industry or same metrics.”

A vivid discussion about cannabis, cannabinoids and industry categories fired up at the Benzinga Cannabis Capital Conference on Thursday.

Azadian, along with Stephen Dahmer, CMO of Vireo Health (CSE:VREO) (OTCQX:VREOF), Jon Vaught, CEO of Front Range Biosciences and Joe Feltham, COO of 4Front Ventures (CSE:FFNT) (OTCQX: FFNTF) shared their comments on how understanding the basic science behind the plant can be a crucial card in the deck of any investor interested in the cannabis space.

The Cannabis Industry Encompasses Many Sectors: “Right now we talk about ‘cannabis research’ or ‘cannabis’ as such a general term. What are we talking about? There are a thousand different products on the market. Standardization of what we call ‘cannabis’ is probably our biggest challenge from a research perspective,” says Vireo’s Stephen Dahmer.

Dahmer firmly believes that cannabis’ ongoing status as a schedule 1 substance is the single most challenging hurdle against cannabis research and development in the United States.

Among the items investors should keep their eye on include intellectual property positioning, patents, how they’re going to be applied and the data that supports them, Vaught explained.

However, he emphasised that a clear go-to-market strategy is crucial for any company, in order to know how the business is going to monetize and commercialize its IPs. For Vaught, cannabis research companies often get too entangled in the science before figuring out how those developments can turn a profit in the long run.

The Future Role of Minor Cannabinoids: Roger Brown, who heads ACS Laboratory, said he’s seeing a rise in the presence of minor cannabinoids — beyond THC and CBD — on a daily basis in his testing facility.

How can these compounds disrupt the industry?

Front Range’s Vaught said that cannabis and plant medicine present a different therapeutic model to the current dogma of pharmaceutical discovery, which is based on “one compound and one receptor.”

“We’re kind of scratching the tip of the iceberg in terms of minor cannabinoids,” says Vaught.

Cannabis, with over 140 known and identified cannabinoids, can provide a different approach through what is called the “entourage effect”.

Avicanna’s Azadian said that his company has developed a 70% CGB-dominant cultivar, which began cultivation in its Colombia facilities in the first quarter of this year. Many other companies are now producing CBN and CBC formulations, which is something that didn’t happen last year, he said.

Vireo’s Dahmer agrees that there’s so much about the cannabis plant that science still needs to figure out. Market availability of minor cannabinoids can help in this quest.

“The fun part of the United States market is that there can be a product like that launched, patients and customers can choose whether or not to take it, and we can put in, potentially with academic partnerships, the research to study that,” says Dahmer.

In the end, investors first need to figure out which part of the sector is attractive to them, thinks Avicanna’s Azadian.

“Is it the medicine? Is it the recreational use or the adult use? Is it the pharmaceutical applications? Is it the ancillary services? Is it the genetics? There're so many different versions of this sector that I think people need to specialize in, and then to find the industry leaders for those, would be, in my opinion, the best investment,” concludes Azadian.

Is The Cannabis Market Ready For Lab-Grown Cannabinoids?

Much of cannabis’ disruptive potential lies in the plant’s ability to produce cannabinoids like THC and CBD. When it comes to rare cannabinoids, however, a different approach might yield better results. read more