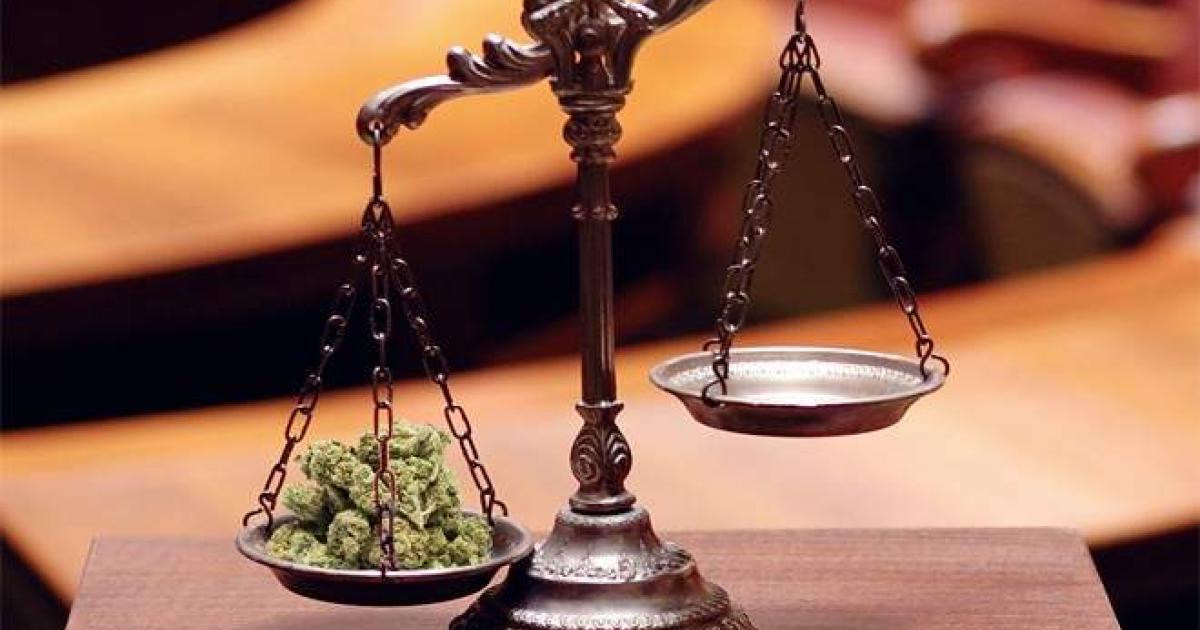 As many legal U.S. marijuana markets experience unprecedented growth, an industry lawyer has sounded the alarm that the federal court system could derail its momentum.

Vince Sliwoski, an attorney with the Harris Bricken law firm, theorized that federal courts are “sliding backward” in regards to honoring contracts involving cannabis companies. He cited several recent decisions to make the case that cannabis litigants might be better served in state courts.

Sliwoski compares several 2020 federal court decisions with those from past years. As recently as last year, both state and federal courts seemed generally open to resolving cannabis contract fights, he says.

“While it was kind of encouraging and they were sort of stepping out and helping people in limited ways,” he said of federal judges, “they seem to have drawn a line in the sand with respect to what kind of relief they can award, even in friendly jurisdictions.”

A landmark federal case involving a cannabis contract dispute is Mann v. Gullickson, tried in California the Northern District of California in 2016. The court ruled a promissory note was enforceable despite the borrower using the funds to operate a cannabis business.

In effect, the court ruled Party A can’t ask a court to force Party B to honor a contract that would require Party B to break federal law. However, significantly, the decision specified that even if a contract involves illegal aspects – such as marijuana – the court is not barred from providing relief if that relief can be obtained without requiring the parties to break federal law.

Sliwoski compared the dynamic to someone paying another person to start a forest fire, only to watch the recipient of the funds keep the money without starting the fire. The court, in that case, would not require the recipient to return and fulfil the contract by igniting a fire.

The latter part of that Mann v. Gullickson ruling, in which a specific element of a contract is “severed” from the illegal parts, could be used, for example, to require a cannabis start-up to repay a loan.

Sliwoski points to three recent cases as evidence of the courts appearing to rethink that approach.

In one of the cases, Bart St. III v. ACC Enterprises, which was tried in Nevada, the plaintiff alleges he lent the defendant, a cannabis grower, $4.7M as part of a contract. After the grower defaulted on the loan, the plaintiff sued for breach of contract, among other things. The defendant argued there couldn’t be a breach because the entire contract was federally illegal.

The judge denied the plaintiff’s breach claim, writing that the court could not reach a decision as to whether the illegal aspects could be severed from the rest of the agreement.

Another of the cases involved a Washington state man who sued a cannabis company to recover future profits he claimed he was owed. The judge declined to offer those future proceeds on grounds that doing so would involve the court requiring the company to break federal law.

Although the contractor didn’t raise the “illegal purpose” defense, the judge cited it in his own oral argument before dismissing the cultivator’s claims. Sliwoski called the ruling “especially discouraging.”

On Thursday, Sliwoski said he wasn’t sure why federal judges seem to be moving away from the laxer approach, which essentially honored contracts made by cannabis companies. It could have to do with anti-pot policies pushed by the Trump Administration, he said, but he suggested it was more likely that judges were simply being more cautious and interpreting the law in a straightforward way.

Judges, he said, don’t want to do “intellectual gymnastics to somehow fashion a remedy for someone that’s doing something that’s expressly prohibited federally.”

To avoid falling victim to these decisions, Sliwoski said companies and contractors should include severability clauses in their agreements. Severability clauses, which are common in the cannabis industry, specifically state that the contract’s terms are independent of one another, allowing the rest of the pact to stand in the event that a court declares one or more of its provisions void or unenforceable.

But even that isn’t fool-proof, he said.

“I think the scariest thing about this is if state courts start following [the federal courts’] lead,” he said.

“So far, state courts have been pretty good,” he added. “They just skim over the federal law part of it and treat [cannabis companies] like normal businesses. If state courts start picking up on the cue … or if just an attorney or two starts to really push that [federal law argument] in front of the courts … then that would be a problem.”

The only fix for that problem, he said, is to legalize marijuana federally and remove it from the Controlled Substances Act. While some decriminalization proposals have aimed to drop cannabis to a lower schedule on the list, Sliwoski said that approach wouldn’t materially change the current situation, as it relates to contract enforcement.

The gray legal area that cannabis currently occupies in the court system is negatively impacting the industry’s growth and will continue to do so until the laws are changed, Sliwoski said.

“A lot of people are staying on the sidelines,” he said, noting that many big-money investors are leery to enter the industry with so much confusion surrounding the legality of business contracts. “[The federal law] is handicapping the industry.”