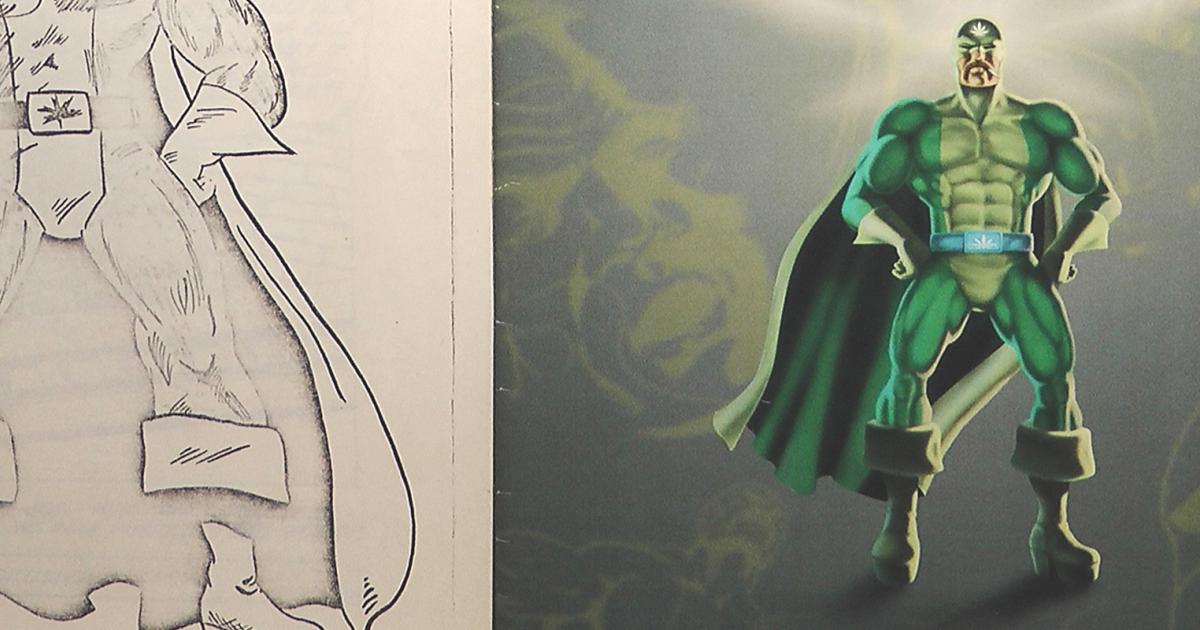 Let's say it loud and clear: Captain Cannabis is the first cannabis superhero in history.

Could it be so?

"To the best of my knowledge, yes," says Canadian illustrator Verne Andru, regarding his creation.

In fact, legend has it that his first Captain Cannabis sketch dates back to 1975 and, apparently, there are no records of a cannabis hero before that.

"The government's copyright certificate is dated 4/20/1977, making it the first link between superheroes, comics and the 420 world," says Andru.

In formal terms, Captain Cannabis is a product of his when and where. 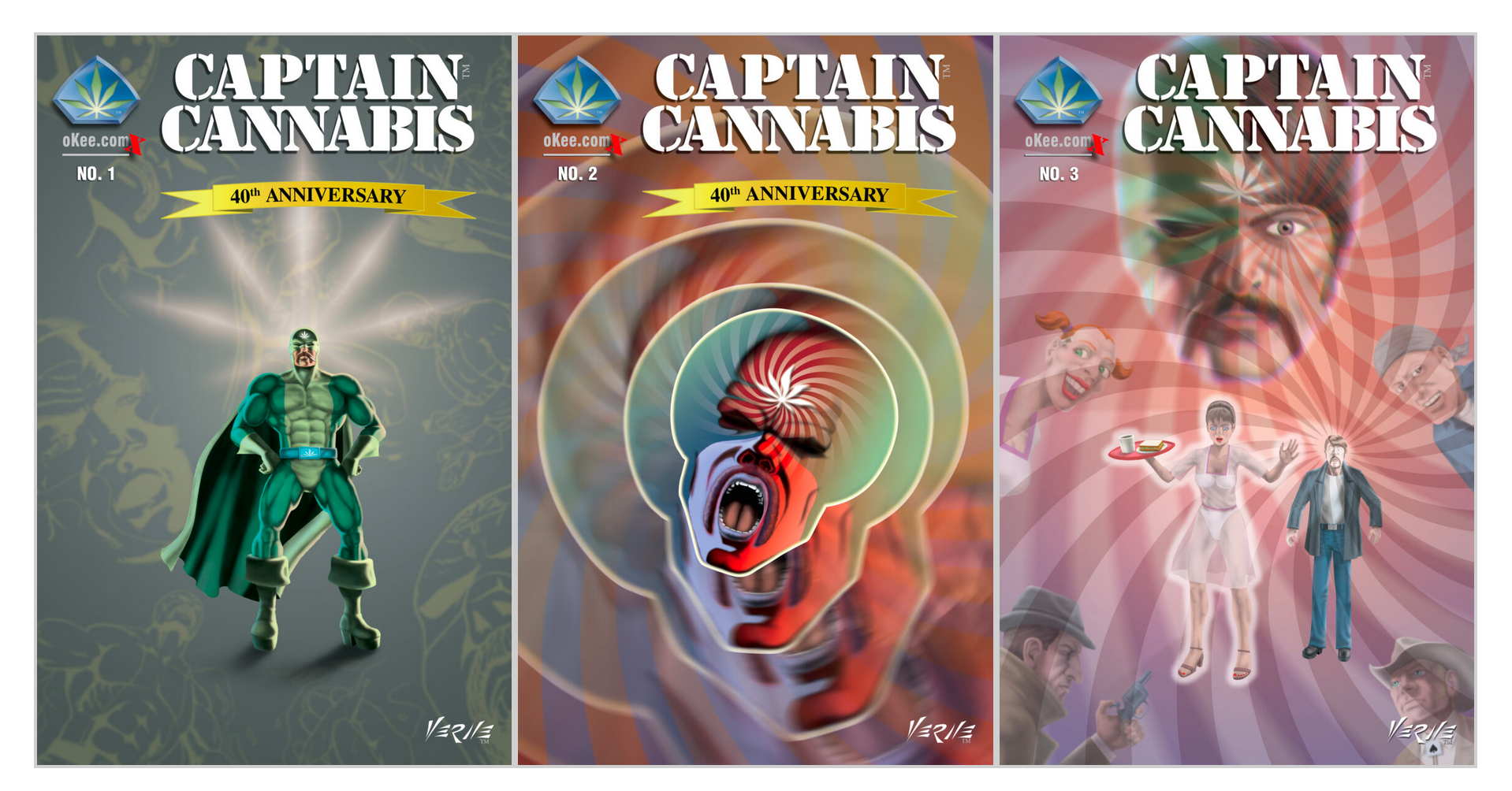 “It was the '60s and '70s. Canadians like me, who live at the edge of the United States, were shaped by the events that happened south of the border. And the Yankee culture filtered through the news, TV, shopping, food and fashion.”

Zoom in to Winnipeg, in the prairies of western Canada, and its harsh -4°F winters: "The truth is that I didn't have too many distractions other than creating a comic strip," he acknowledges.

“When I was a kid, I didn't buy into the mainstream superhero comics. It seemed to me that these stories were narrow and glorified violence. My view on comics changed when I saw a pile of underground comics in a headshop in the early '70s.”

At that time, these stores began to be regarded as the epicenter of the stoner culture, and counterculture in general.

"They were just a bunch of hippies fulfilling their dream of selling lava lamps and dyed T-shirts," he jokes.

Thus, counterculture pushed the Canadian government to review drug prohibition through the Senate. In 1972 the Canadian Senate issued a report recommending the decriminalization of cannabis. The framework was set, inspiration was at hand: this led to the creation of Captain Cannabis.

By 1975, subject to the buzz surrounding legalization and independent comics reaching its boiling point, Verne published the first issue of Captain Cannabis.

“I felt that the story had to be situated in a post-prohibition world. That meant that the traditional antagonists (narcotics agents and / or the police) would not be present in the long run. You can do a number of stories about bashing the police, but I don't like gratuitous violence. That made me dig deep to find the right elements and make a sensitive hero who could stand the test of time,” Andru said.

And how was CC received at the time?

"Everyone instantly loved him and his future seemed assured," states the author. “We had a receptive audience and a distribution network in the headshops."

Around those years, US President Richard Nixon created the DEA.

When Pierre Trudeau was elected Canada’s Prime Minister, under the banner of decriminalization, the United States threatened to close the world's largest unprotected border. The progressive policy would therefore result in a hard blow to the trade between the two countries.

Later came Ronald Reagan's war on drugs. Arrests and bans were at the door. "From the stores to High Times magazine," the artist describes

Without further ado, Verne was hunted down, under constant vigilance of his own government. "This, I discovered decades later through a freedom of information request," he admits.

Andru counts with decades of experience in the animation world. He’s been credited in famous commercials, developed layouts (and a great number of technical details) for the film Rock & Rule (1983) and illustrations for the Captain Canuck comic. 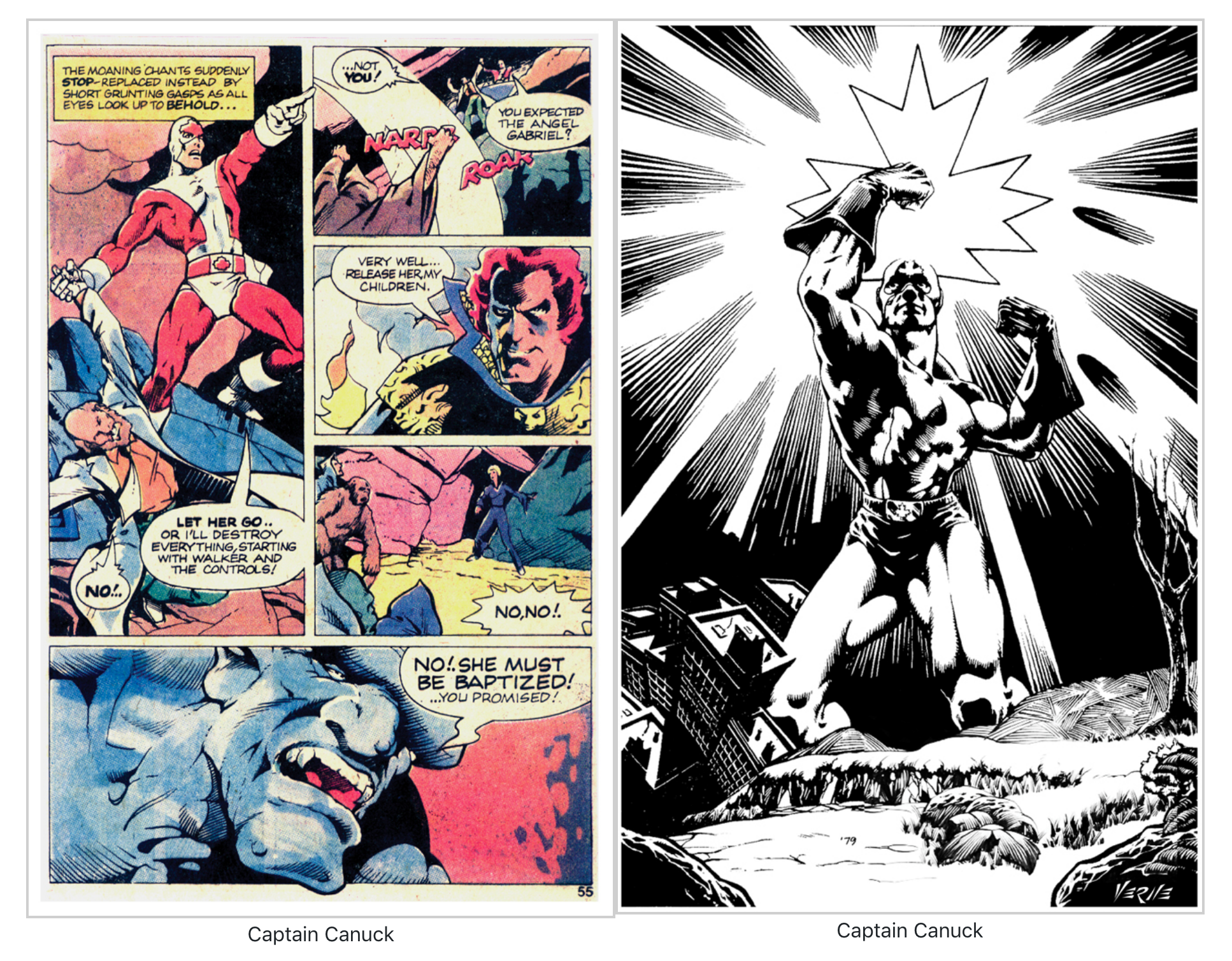 Meanwhile, he regularly attends conventions and comic shows. "There I can see how people's faces light up when they get their first Captain Cannabis," he says.

Before legalization, in 2018, it was very difficult for him to find spaces in the conventions to exhibit his work. “There was a resounding change. Now I have people super excited about my work lining up at my stands and… they even ask for selfies! "

After experimenting with a web series, the rumor of a Captain Cannabis movie began to take flight.

“There are several ideas in the works, but nothing has been launched yet. I finished the first script in 2005 and used it as a base for the 420 comic and web episodes,” he says.

On his YouTube channel you can see some of the concept animations that could be present in a possible superhero movie.

"It’s a raw version that lasts a little over two hours, but it pushes the story forward and is an important step in pre-production," he acknowledges.

He is also working on Captain Cannabis #3. "I finished the pencil drawings a few weeks ago and am about to dive into inking."

"I've lived so long with these characters that they tend to write themselves, so I have many more stories to tell," he adds.

“While creating Captain Cannabis I stayed as close to the cannabis culture as possible. People who smoke are somewhat reluctant to fight anything. They are relaxed, lazy, they empty your refrigerator and pass out on your couch, but fighting is too much nuisance,” Andru warns.

The Captain Cannabis story is about an intergalactic weed strain that transforms a loveable bum into a superhero who saves Earth. To achieve this mission, the Captain must prevent people from mistreating each other and being jerks.

“Captain Cannabis is the first superhero dedicated to peace, love and understanding. He is the superhero that we all have inside of us. He’s a stoner created in the spirit of underground comics. Captain Cannabis is anything but a typical Marvel or DC Comics hero ”, he adds.

“In the first place, cannabis should never have been criminalized. Contrary to what happens with alcohol, cannabis has shown physical and mental health benefits," Verne warns.

And how does he see the global landscape?

“In general, I am seeing a progressive movement. However, it is still uncertain to what extent things will change.”

By and by, Andru is happy that, after so much struggle, after so much arguing, his books are available for sale around the world. "It was something impossible long ago," concludes the author.

His material is available at http://www.captaincannabis.com