People across the world have using cannabis to treat a host of illnesses — or just to gain a little bit of relief from everyday life — for thousands of years. Yet as marijuana’s medical value gains greater acceptance with each passing day, it can be easy to overlook its status as a  counterculture staple: a beloved inspiration for countless musicians and artists, and the source of an entire lexicon of its own.

The insider lingo of marijuana culture has long filtered into the mainstream, and chances are, you’ve heard or seen the numbers “420” or “4:20” — perhaps even at your medical dispensary.

Put simply, “420” is an international marijuana code word for “let’s go get high.” It’s usually said with a knowing grin, as one friend looks at their phone or watch and says “hey, it’s 420. You wanna…..?”

It’s printed on countless lighters, ashtrays, water pipes, and t-shirts sold in head shops around the world. In the Netherlands, it’s featured in the name of “coffee shops” (cafes where you can purchase and smoke cannabis). It’s the title for at least one dating site for marijuana fans, and it makes for simple branding for countless marijuana products. It’s also just a byword for marijuana in general. That way, when someone says that they or something are “420 friendly,” you know exactly what they mean.

It has even made its way into the more straight-laced environs of politics.

When US Congressman Earl Blumenauer (D-Oregon) introduced a bill to take cannabis off the federal controlled substances list and regulate it like alcohol in 2019, he timed it so that the bill would carry the title “H.R. 420.” On the other side of the world, when Israel Prime Minister Benjamin Netanyahu tweeted ahead of a recent election that he intends to explore legalization and expunging the records of people convicted of cannabis-related offenses — he did so exactly at 4:20 p.m.

Even a fair number of medical marijuana clinics, dispensaries, and growers have adopted the phrase as a way of identifying and marketing their services.

And like many a slang term, there are countless theories for where exactly it came from. Some say it’s the number of chemicals in cannabis (it isn’t). Others believe it’s the police code for a marijuana bust (nope). Some say it’s the date that Bob Marley died (he died in May, 1981), and the list goes on. So, why is it 420?

You need to go back all the way to the early 70s in northern California, when it was coined — by accident — by a group of classmates at San Rafael High School. They’d set off on “safaris” — goofball but largely harmless adventures, that started with a rendezvous at a statue of Louis Pasteur on campus at 4:20.

The code word “4:20 Louis” eventually became 4:20 and the slang made its way around the Bay Area by way of one of the student’s later connections to the Grateful Dead. The rest is history. 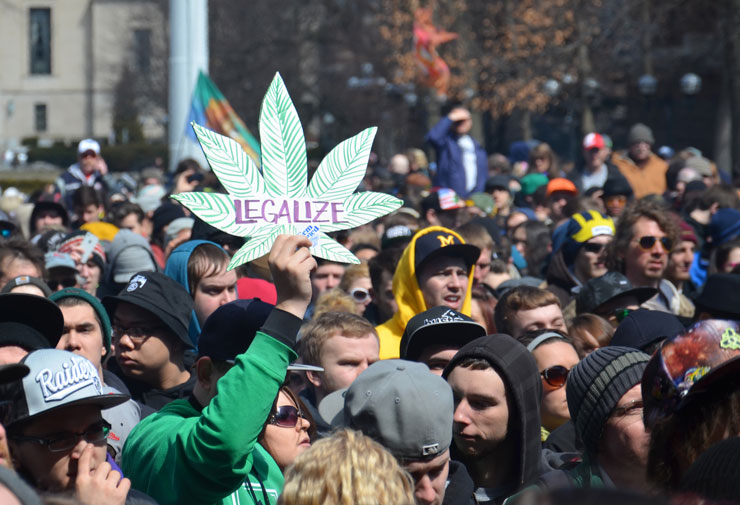 So maybe you’re wondering: What’s to do on 420? Well, on a normal day, 4:20 pm is considered by some as the international time to smoke marijuana, though most avid smokers don’t really need a set time or excuse to partake. And on 4/20, April 20th? Typically, it’s the day for marijuana festivals and pro-legalization rallies — and combinations of the two.

This year, as 4/20 was set to be held on 4/20/2020, the marijuana culture was geared up for a 4/20 celebration for the ages. Unfortunately, plans changed — to put it lightly. The coronavirus outbreak and the need for social distancing meant countless 4/20 festivals, smoke-ups, and jam sessions were cancelled across the world. Instead, 420 fans and all those who are 420 friendly will have to make do with virtual 420 sessions, held online with their friends on quarantine across the world.

Like everything else in our suddenly, radically different reality, 420 has changed. But the spirit remains the same.