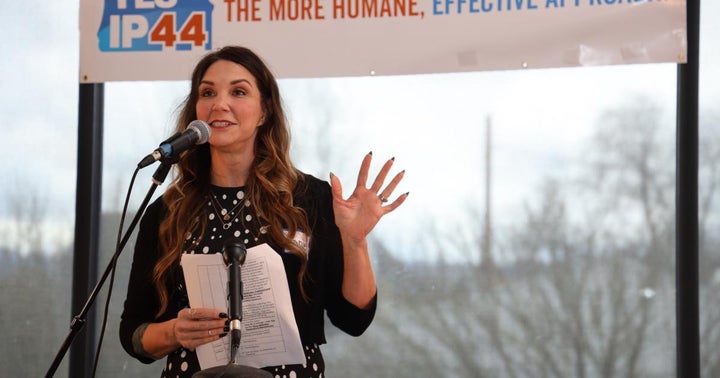 According a new, independent government research report released by the Oregon Secretary of State, racial disparities in drug arrests will drop by an astounding 95% if Oregon voters pass IP44, the drug treatment and decriminalization measure backed by Drug Policy Action, in November.

The analysis was conducted and written by the Oregon Criminal Justice Commission, a state agency tasked with providing data analysis, planning and grant administration expertise to public safety officials and working with stakeholders to improve Oregon’s criminal justice systems.

The initiative, IP44, would expand access around the state to drug treatment, harm reduction and other health services, paid for with a portion of taxes from legal marijuana sales, and decriminalize low-level drug possession.

In addition to a reduction in arrest disparities, conviction disparities would be “narrowed substantially” if Initiative Petition 44 passes, the Criminal Justice Commission said, and overall convictions would fall. For example, convictions of Black and Indigenous Oregonians would drop by 94%.

“This drop in convictions will result in fewer collateral consequences stemming from criminal justice system involvement, which include difficulties in finding employment, loss of access to student loans for education, difficulties in obtaining housing, restrictions on professional licensing, and others,” the report says.

The actual impact on disparities could be even more dramatic, the report notes. “Other disparities can exist at different stages of the criminal justice process, including inequities in police stops, jail bookings, bail, pretrial detention, prosecutorial decisions, and others.” However, the Criminal Justice Commission could not obtain local data on such disparities.

“This research by the Criminal Justice Commission is evidence of what we have known all along – drug arrests are not equal, despite drug use patterns being nearly identical across racial groups,” said Theshia Naidoo, Managing Director of Criminal Justice Law and Policy at Drug Policy Action. They have been used for far too long to surveil, harass and even brutalize communities of color—robbing them of their freedom, their families and economic opportunity.”

About 8,900 Oregonians are arrested every year in cases where drug possession is the most serious offense, according to the latest numbers from the Oregon Criminal Justice Commission. That’s the equivalent of about one arrest an hour. Black and Indigenous Oregonians are disproportionately targeted.

“Removing criminal penalties for drugs is a first step in repairing the harms of the drug war,” added Naidoo. “In 2018 alone, over 1.6 million people in the United States were arrested on drug charges, over 86% of which were just for possession. That’s one drug possession arrest every 22 seconds. These arrests can have impacts that last a lifetime, often preventing access to employment, housing, financial aid for college, and even jeopardizing parental rights or immigration status.”

In addition to decriminalizing drug possession, Initiative Petition 44 would specifically provide funding for treatment, peer support, housing and harm reduction. Marijuana tax revenue that’s in excess of $45 million a year would help pay for it. Oregon expects to collect roughly $284.2 million in marijuana tax revenue during the 2021-2023 biennium, or roughly $140 million a year.

Initiative Petition 44 has received more than 70 endorsements from organizations across the state, including Unite Oregon, the Coalition of Communities of Color, NAACP Portland, Eugene-Springfield NAACP, Central City Concern, the Confederated Tribes of Grand Ronde and more.

The More Treatment campaign, led by Oregonians to pass Initiative Petition 44, does not face an organized opposition.

The OCJC report follows a new federal legislative proposal, Dismantling the Federal Drug War: A Comprehensive Drug Decriminalization Framework, released by the Drug Policy Alliance last week, which provides a roadmap for policymakers to effectively end the criminalization of people who use drugs and begin repairing the harm drug law enforcement has caused on communities of color.

While drug decriminalization cannot fully repair our broken and oppressive criminal legal system or the harms of an unregulated drug market, shifting from absolute prohibition to drug decriminalization helps restore individual liberty, protect against some police abuses, better assist those in need, and save tax dollars.

Drug Policy Alliance has long advocated for drug decriminalization as a critical first step in ending the drug war, including in its 2017 report, It’s Time for the U.S. to Decriminalize Drug Use and Possession, resulting from a comprehensive review of public health and criminology literature, an analysis of drug policies in the U.S. and abroad, and input from experts in the fields of drug policy and criminal justice.