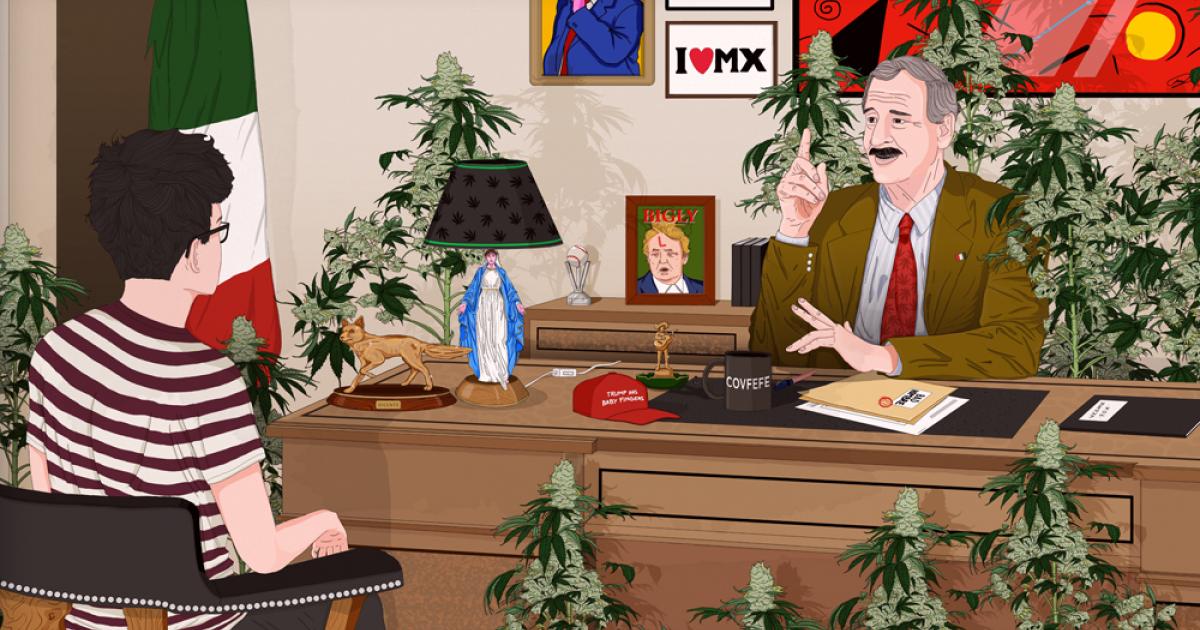 From businessman to the 55th president of Mexico to current cannabis activist, Vicente Fox has become one of the most influential figures in Latin America.

The former president and Coca-Cola Co. executive went from being very conservative on marijuana to becoming one of its more notable supporters. He firmly believes that after fighting the so-called war on drugs in Mexico, that legalization is the only way to stop the consequences of it.

During his presidency, this was not the case as he wanted to reinforce the battle against organized crime. In the first months of his term, Fox bragged of having eradicated 17,000 hectares of marijuana — 12% more than the previous year.

Despite his efforts against drug trafficking, his term was marked by increased violence, and the first escape of the infamous Chapo Guzman.

After witnessing how the drug war brought death and injustice to many Latin American countries, Fox, now 78, eventually changed his mind. He now promotes cannabis as an industry believing it could improve the region's economy once it is put it in the hands of entrepreneurs, investors, farmers and small producers.

Hear from high-level speakers at the upcoming Virtual Benzinga Cannabis Capital Conference. The event is set to take place on October 15-16, 2020, and will feature an array of presentations from cannabis investors. The conference will also feature keynote quick fires and panel discussions with top cannabis entrepreneurs.

“We’ve seen so much violence, hundreds of thousands of young people die in the hands of drug-related violence over the last decade," Fox said in 2018. "It makes no sense. I am an intense believer in freedom. I think all prohibitions should disappear off the face of the earth – except for those limiting anything that affects a third party."

According to MJ Biz Daily, Mexico’s deadline to legalize cannabis has been extended to Dec. 15, 2020. The original deadline was April 30. Mexico's Supreme Court accepted a request from Senators to postpone the bill's approval. The Senate’s next ordinary session period begins next month.