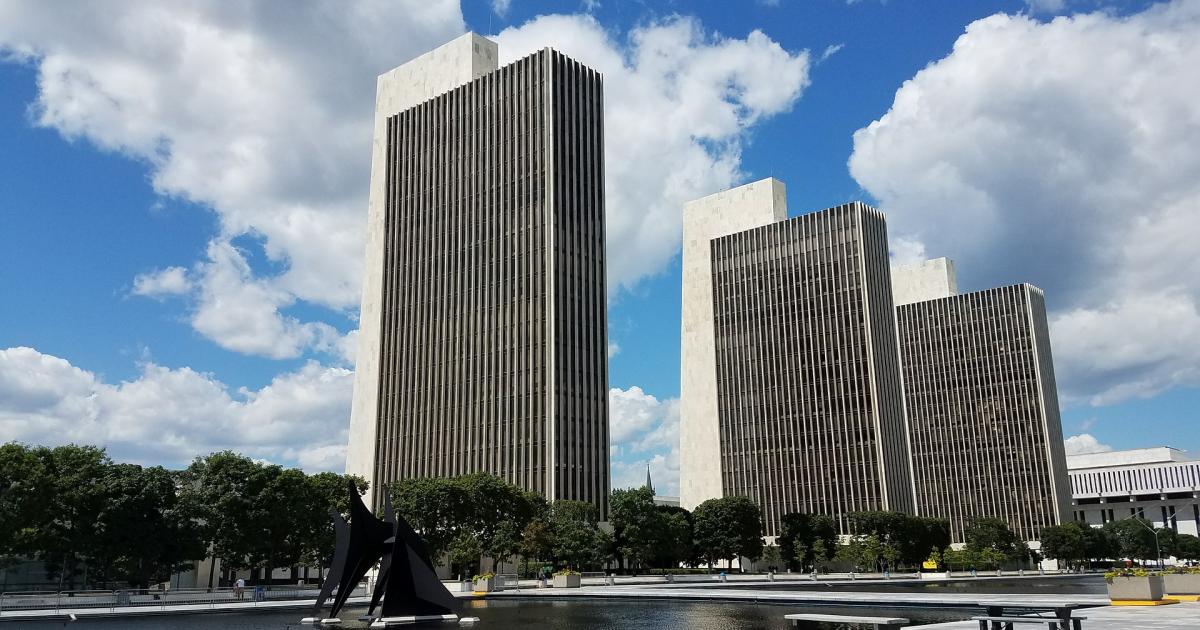 New York State is a cannabis market that has teetered on the verge of adult-use legalization for two years now.

The Empire State's medical cannabis program was signed into law in 2014. Since then, it has been revamping its image from restrictive to accessible, but many advocates want more done.

"The state of New York’s medical cannabis program sets high standards for the products distributed through its markets," explained Gretchen Schmidt, faculty program director of criminal justice programs at Excelsior College in Albany. "However, it remains one of the most restrictive programs in the nation and access is severely limited."

Data from the state Department of Health found that New York's enrollment has grown to over 121,200 patients and nearly 2,900 registered practitioners. The expanded program has seen spending increase, according to BDS Analytics and Arcview Market Research.

A Growing Yet Disconnected Market

Despite the growth potential, many in New York feel that the market could do more for patients and businesses alike.

Jake Plowden is a longtime cannabis activist, spending five years as part of Baruch College's Students for Sensible Drug Policy. For the past four years, Plowden has served as deputy director of the 501(c)(3) Cannabis Cultural Association (CCA).

Plowden called the current issues "a multilevel disconnect" that often focuses on profits rather than patients.

Ryan Lepore, a New York City activist with NYC NORML, said the state's nearly 20 million population — compared to those registered — is a sign alone that the medical market isn't serving patients adequately. He noted other access concerns, namely the limited licenses the state has offered — only 10 to date over two licensure periods.

"[New York] needs to expand the number of businesses that are practicing in the state,” Lepore said. “They need to be able to give locals the ability to take control of this."

There are very few dispensaries to serve patients, creating stock-outs of certain products, stated Kym Byrnes, a co-founder of the CBD brand TribeTokes.

The cannabis patient and business owner elaborated on the lack of available options, namely flower, citing her support of the whole plant profile.

“There is no actual flower available, which in itself is a disservice to sick patients as the whole plant has the most medicine," Byrnes added.

Gia Morón, president of the cannabis community Women Grow, expanded on the impact omitting flower has on patients and state revenue.

"Omitting flower from our in-state program is limiting patients and their medical consumption options," stated Morón. "New York could see a more significant return from taxes with flower on the market."

Similar examples can be found in Florida, where 22,000 pounds of smokable flower were sold in the first six months of sales in 2019.

"Access is further limited by the quantity and location of dispensaries and geography of the state, which impacts access in the vast rural areas of the state," stated Excelsior College's Schmidt, further adding to the list of shortcomings.

Summing up the predicament, Schmidt added, "The highly regulated nature of the state also increases price, in part driven by costly production involved in meeting the state’s medical quality standards, but also the lack of demand caused by hurdles to patient certification."

A Flurry Of Activity But No Adult Use

2020 began in a similar fashion to 2019 for New York, with Governor Andrew Cuomo vowing to pass adult-use cannabis legislation. While 2019 failed to pass due to a series of legislative hurdles and revenue allotment, this year’s effort has largely stalled because of the COVID-19 pandemic.

Despite the latest blow to legalization proponents, New York lawmakers continue to strengthen the market and protect patient rights. Efforts include legislation aimed at protecting housing rights for patients, which passed the state Senate in July.

Around the same period, the Senate approved legislation expanding expungement opportunities for those with low-level cannabis convictions.

While expanding criminal record reform is welcomed by advocates, many cite the state's long-running disproportionate arrest rates of Black individuals and other people of color.

The alarming trend has continued in 2019 and 2020 in cities like Albany, the state capital, despite New York decriminalizing possession under two ounces in 2019.

As such, activists like CCA's Plowden believe change has to come on a substantial scale, including an overhaul of state resource allocation and a philosophical transformation from lawmakers, to see needed change occur.

"New York needs a massive cultural revival in order to really look at how cannabis can be a larger part of [the state's] rejuvenation," he said.

Women Grow is one group taking part. Morón told Benzinga that the pandemic delayed the group's planned Women in Cannabis Lobby Day at the capital on March 8. That said, the group continues to call on lawmakers to advance the measure.

While impacted by COVID-19, Morón sees an opportunity to advance the market from some of its measures.

"We do believe an adult-use market could help bring New York State back to a stronger economy, but we would need to ensure allowances made during this time may need to be considered as permanent — such as curbside pick up or delivery service," Morón added.

With several issues pressing on what is believed to be one of the largest eventual markets in the space, current patients and businesses appear poised to remain underserved.

Legalization could provide an eventual respite if it addresses the myriad of concerns posed by various groups in the state. For now, 2021 appears to be the next closest opportunity for that to come.

The United States continues to have the largest prison population globally. Some 2.1 million Americans were incarcerated as of November 2018. read more