How Is Marijuana Different From Hemp? 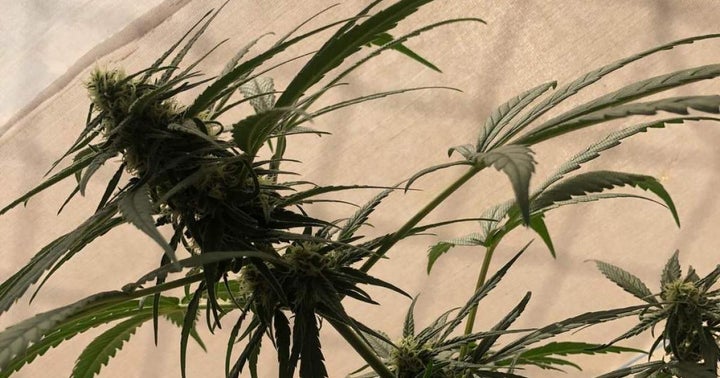 Hemp and cannabis both belong to the Cannabis sativa genus. In order to understand one of the major differences between hemp and cannabis, you should be aware of the generally accepted (although somewhat limiting) nomenclature used by botanists to distinguish between the two most common varieties of Cannabis sativa.

Cannabis can be a sativa, indica, or a mixture of the two, referred to as a hybrid. Hemp will only be a sativa.

Is Hemp Really A Sativa?

While hemp is typically classified as a sativa, a new study from a team of Canadian researchers found evidence to the contrary. Their findings showed that the notion of “pure” sativas or indicas is erroneous because both types of Cannabis sativa have admixture from the other type, even in cultivars assumed to be exclusively 100% indica or sativa. Contrasting with conventional wisdom in the cannabis space, the researchers found that hemp draws from a broader genetic base than cannabis.
While this is only one study, further research on the genetics of Cannabis sativa is needed because these findings have seemingly led to more questions than answers.

Related: 6 Things To Know Before Buying CBD For The First Time

One of the primary ways to distinguish between hemp and cannabis is through their amount of THC. Hemp, unlike cannabis, does not possess psychoactive properties. This is because hemp has far fewer THC cannabinoids than cannabis.
In the United States, this distinction has been codified into law. All varieties of the Cannabis sativa plant with under 0.3% THC are designated as hemp; all varieties with over 0.3% THC are designated as a Schedule I narcotic labelled “marijuana,” a problematic term which we try to avoid using because of its inaccurate and historically-biased connotations.
Cannabis has an average of between 5-45% THC, depending on the cultivar. The presence of large amounts of THC is what leads people to get “high” when they smoke, vape, or otherwise consume cannabis.
Conversely, CBD is present in large amounts in hemp and in lower amounts in cannabis, although cultivators servicing the medical cannabis community have bred numerous cultivars that are rich in both THC and CBD. Both hemp and cannabis possess over 113 cannabinoids, including many that have yet to be studied extensively.

Differences in Appearance and Scent

Hemp and cannabis often have distinctive looks.
Hemp tends to look tall, skinny, and durable. Its leaves are mostly concentrated at the top of the flower, rather than down the stem.
Cannabis has a “bushier” appearance, with far more flowers than hemp. Its leaves are pretty evenly spread throughout its branches.
Despite these differences, many untrained observers find it hard to distinguish between hemp and cannabis because of their similar leaf structures. This has led to truck drivers transporting federally legalized hemp getting arrested and charged with transporting cannabis across state lines. The similar olfactory properties of hemp and cannabis present a further challenge for law enforcement.

Perhaps the most important point of contrast between cannabis and hemp is their treatment under law.
Cannabis is federally illegal, yet 11 states and the District of Columbia have legalized recreational cannabis; in only 8 states is cannabis fully illegal, i.e. not permitted for recreational or medicinal purposes, or decriminalized to some extent.
Hemp, unlike cannabis, is now federally legal to purchase or ship within or between states. However, in Idaho, Mississippi, New Hampshire, and South Dakota, hemp production and transport remains illegal. This odd status is the result of a compromise allowed in the 2018 Farm Bill, the bill passed by Congress which included provisions to legalize and regulate hemp at the federal level.
Clearly, the laws regarding both hemp and cannabis remain extremely muddled.

Related: How The 'War On Drugs' And Foster System Harm Minorities And Low-Income Families

With differences based on genetics, appearance, the presence of certain cannabinoids, grow style, and several other factors, it’s clear that major distinctions between hemp and cannabis exist. However, their many similarities should not be disregarded.
Español: Cáñamo vs. Marihuana: ¿Cuál es la Diferencia?