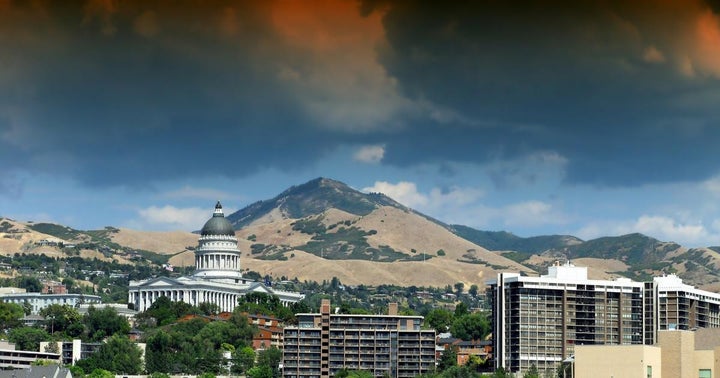 March 1, 2020, marked the launch of Utah's medical cannabis program and its marketplace.

Spending in the new market could reach $84 million by 2024, according to data from BDS Analytics and Arcview Market Research.

The state health department began accepting applications March 1, and the state's first dispensary — referred to as a pharmacy in Utah — opened the following day.

The state's list of qualifying conditions covers a range of conditions, including HIV/AIDS, cancer, post-traumatic stress disorder and terminal illnesses. The list also covers people with autism, people living in hospice care and those with a rare condition or disease affecting less than 200,000 people in the United States.

Smoking marijuana is prohibited, as are dabbing products and edibles.

"We feel that the politicians reacted quickly once they saw the will of their citizens and are doing everything possible to provide patients with needed medical products and assistance," Feldman told Benzinga.

"Their focus on getting products into the hands of those that need them and will benefit from them — with geographic diversity — is impressive," he said, singling out St. George Mayor Jon Pike for praise. Terrascend has obtained a medical cannabis processor license in the city, according to the St. George News.

Lawmakers took a "smart approach to making sure that the program works," the exec said.

Amendments were made to the law just before the market launch that made positive improvements, Goers said, that touched on packaging, security and transit, while allowing cultivators and processors to use CBD in their products.

Those seeking to qualify for a cannabis card in Utah must work with a qualified medical provider, or QMP.

If approved, an applicant receives one of four types of cards:

Cardholders can buy up to a 30-day supply designated by the patient's QMP. Alternatively, over 28 days, license holders can purchase and possess up to 113 grams of flower or products with 20 grams of total composite THC.

Four zones segment the state, with the capital, Salt Lake City, in Region 2.

The city has three licenses altogether, along with one in West Bountiful and Park City to round out the region. The third region, comprising of the eastern and some central counties of Utah, also has five licensed pharmacies slated to open.

Regions one and four have two licenses each. However, Region 1 will receive a third pharmacy when a location is determined for a permit granted to Beehive's Own, which has another site in Salt Lake City.

Columbia Care plans to open a location in Springville at a date to be determined, the company's Goers told Benzinga.

In the meantime, Columbia Care is in the final stages of obtaining a processor license to make its range of medicinal products, he said.

While not sharing any company expectations, Goers told Benzinga that he expects Utah to be a strong market.

“The state has done the things that are necessary to make sure that companies are willing to invest,” he said.

“I think it’s going to be a win-win because I think that it’s not just going to be a real good situation for companies, but it's going to set up a market structure … that the benefit is going to go to patients.”