Prohibition Is Expensive: Sit Or Get Off The 'Pot' 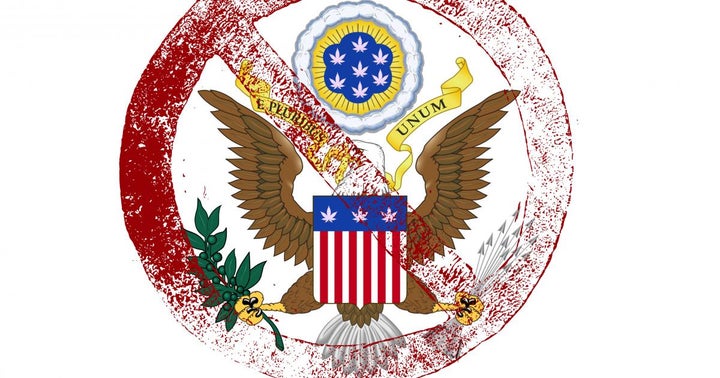 GreenWave Advisors' recent GreenWave Buzz entitled "Prohibition is Expensive: 'Sit or Get off the Pot'" analyzyes the impact of Section 280E and highlights other costs associated with prohibition.

“Many cannabis businesses are struggling, though not all the blame resides in faulty management decisions”, explains GreenWave Advisors Founder Matt Karnes.

“The cost of federal prohibition is expensive and continues to erode cash flows at a time when sources of capital are increasingly more difficult to access. This, coupled with the ongoing top line pressure from a robust illicit market, among other factors, has brought into question the forward-moving abilities of many companies to remain viable. Compounding these concerns is the lack of bankruptcy protection afforded to these business due to the federal illegality of cannabis.”

GreenWave’s analysis  suggests that of 8 publicly held MSOs examined from Q1:18 – Q3:19, total net losses reached ~$(542)M yet were still on the hook to pay ~ $135M in income taxes and will potentially lose ~$114M in tax credits .  In any other industry, entities don’t pay taxes on net losses which can also be used to offset income in subsequent years thus reducing future income tax liabilities – in the case of cannabis, this benefit is generally not permitted. Karnes estimates that while most of these firms have paid its tax bills, MedMen still owes the IRS ~$17M  for the past 2 years.

While the federal corporate income tax rate is 21%, the findings showed that effective tax rates ranged from ~30% – 59% (for those firms that posted a profit in 2018).

The briefing also notes the added costs for acccounting and compliance associated with 280E and monitoring those businesses that deal in all cash (banking is restricted for most cannabis businesses).

Other headwinds related to prohibition include:

A Limited Talent Pool. In the past, the industry has generally not been able to attract the depth of talent that would otherwise be necessary to support a fully functioning executive team — one obvious reason for this may be a perceived stigma of working for a business that remains federally illegal.

Continued Losses in Restrictive Medical Markets in Anticipation of Exercising a “call option” on the Conversion to Recreational Use.   In the early stages of the industry’s growth, the appeal of “first mover” in a limited license medical marijuana state, has largely been predicated upon the perceived “first right” for license conversion that would at some future point, permit serving a more lucrative, recreational use marketplace.   With ongoing state regulatory changes in limbo and restrictions in allowable form factors (i.e. capsule only etc) an illicit market has continued to thrive.   Karnes believes that “losses in some markets will continue until restrictions are further eased and/or recreational use is legalized”.  He sites New York State as an example, and in particular, Manhattan, in which medical marijuana licenses are highly coveted.   With limitations on allowable form factors (among other challenges) and high operating costs,  Karnes adds that those storefronts are likely losing money but the silver lining remains in the conversion to recreational use.  Bloomfield Industries is a clear example that

was not able to sustain its losses after winning one of the five original licenses in New York State.  In January, 2016 it announced its sale (likely at a distressed valuation) to MedMen.

The Potential for Dilution as Each State Looks to Expand the Number of Licenses Issued.  In some limited license states, we have seen a steady increase in the number of license awards, i.e. New York State and Florida. These regulatory moves result in dilution to existing business owners which could continue as each state continues to evaluate the profitability and effectiveness of its legal cannabis market.

How the Industry will be Regulated Once Prohibition Ends.  Even if Prohibition were to end tomorrow, uncertainly remains as to how the industry will be regulated and under what timeframe.  A business that may appear as a sound investment today, may not be permitted to operate in the same capacity tomorrow, if at all. Also, the rescheduling of hemp may prove a cautionary tale as many companies remain in limbo awaiting rulings from various regulatory agencies.

Looking back, Karnes indicates that “Legalization may have been somewhat predictable in some of the liberal minded western states but the growth extrapolations that we previously assumed would catapult the industry nationwide have undervalued the nuances of regional politics and the ability of opposition forces to bog down the clarity of regulatory reforms.  The notion that a few states would lead with “best practices” for others to follow simply did not materialize.”   He notes the firm had previously provided a medium term industry outlook over 5 years predicated upon an estimated trajectory of new states legalizing cannabis.  “As the structures of current laws are not conducive to industry growth and sustainability, we believe it only practical to assume that federal legalization occurs within 3-5 years – to point to a projection in 5 years that is based upon the status quo is not meaningful in our view.”   Going into 2020,  GreenWave expects a meaningful revenue ramp as newly established state markets are implemented (preliminary estimates +58% YoY ~ $12B ’19 to ~$19B 2020).

Despite these headwinds, GreenWave remains bullish on the long term prospects of the industry, and predicts that passage of the SAFE Act this year could serve as the catalyst necessary to shift investor sentiment in a more favorable direction.  Ultimately, he believes that patient investors will be rewarded,  but continued volatility into this year may persist due to the aforementioned circumstances and risk factors.