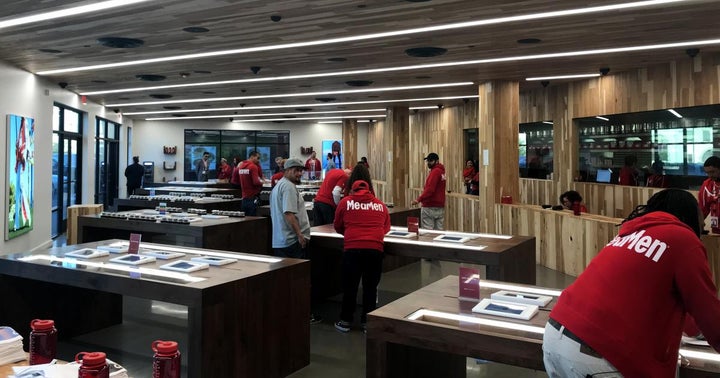 By Natan Ponieman and Javier Hasse.

CEO Adam Bierman and his team announced a new, 90-day strategy to start generating profits, with plans to achieve positive EBITDA by the end of calendar 2020.

Unfortunately, part of this strategy was celebrated by investors but was negative for many others: a 20% reduction of the company's workforce, or 190 layoffs.

A few days later, the company announced an additional round of layoffs affecting another 20% of its employees. “

In total, over the past 30 days, MedMen has strategically reduced its corporate headcount by over 40%, representing approximately 20 million in annual salary-related savings, the company said in a Dec. 11 release.

MedMen is moving to a new chapter focused on profitability after 10 years of targeting growth, Bierman told Benzinga in a recent conversation.

The new plan was “the bow around last chapter and it really was the catapult into this new one,” Bierman said. “So It feels good to be on the other side of it. We're on chapter two, where execution means profitability.“

The move was needed to continue to build on MedMen’s name as a premier brand in the space, with a preeminent footprint in U.S. cannabis, the CEO said.

“I think that, for the most part, the market recognizes that we did do what was necessary to be able to thrive for tomorrow.”

The investor reaction was mixed, with the stock hovering around the 44-cent-per-share mark for a few days.

Consequences For The MedMen Workforce

The people who worked for MedMen over the last nine years were in an environment where a new industry and a new company were on parallel growth tracks, Bierman told Benzinga.

“At the end of the day, MedMen comes before everything. I think that the people that have been part of this family bought into that, and I think it's hard to deny that we've done what's best for the long-term health of the organization,” he said, adding that he hopes everyone who was laid off understands that “the organization is healthier than it was yesterday and more set up for success than it ever has been.”

The change was made with a heavy heart, Bierman said. Yet he said MedMen helped to seed the industry with talent.

“To see people that started here that are now leading and driving other organizations fills me up with pride. I would only assume that out of the people that were part of these layoffs, a good amount of them will end up doing the same.”

Last year was a lesson in anticipation and planning ahead, the cannabis CEO said.

“The learning for the future would be that, when it starts to even become clear that a next chapter is ahead, we have to be more proactive in preparing for it.”

The company waited too long to make the spending cuts, as evidence of an industry shift was clear more than six months ago, Bierman said.

The company became too set on a “growth at all costs” mentality, when the industry as a whole was already preparing for a new stage, he said.

“Now it is about four-wall performance, profitability at the corporate level and everything else that we've been working on. We waited way too long, and I think that's why it feels so harsh.”

MedMen shares were down 3.64% at 52 cents at the time of publication Friday.

Stay tuned for more on our latest interview with Adam Bierman.

Why Tilray Bears Could Go Up In Smoke If History Repeats

Tilray Inc (NASDAQ: TLRY) gapped up over 5% higher on Wednesday before dropping down to fill the area and bouncing. read more

New York Gov. Andrew Cuomo signed recreational marijuana into law Wednesday, making the Empire State the 15th in the U.S. to legalize cannabis. The legislation allows adults 21 and older to possess up to 3 ounces of cannabis or 24 grams of marijuana concentrates and to buy recreational cannabis from licensed retailers. read more

Cannabis Reform: Is The Biden Administration Going To Move On It? | Benzinga