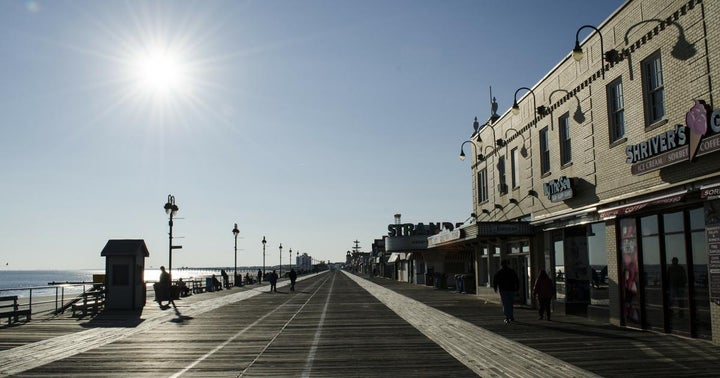 Medical cannabis came to New Jersey on the final day of then-Gov. Jon Corzine's term in 2010.

Corzine's successor, Gov. Chris Christie, saw the program much differently, as as a staunch opponent of all cannabis.

By the end of Christie's term, the state had long been considered one of the most restrictive programs, with roughly 11,000 patients registerd by 2017.

Democratic Gov. Phil Murphy was inaugurated in 2018 after running a pro-cannabis campaign.

Adult use laws were not passed in Murphy's first 100 days in office, as promised during his campaign.

The state drastically expanded its medical programs as plan B of sorts. Many in the state continue to hold onto hope that adult use laws will pass before the end of 2019.

Under Murphy, New Jersey has tripled its enrollment to 51,000 patients.

Regardless of whether adult use becomes law in New Jersey, Bridget Hill-Zayat, an attorney at Hoban Law, said medical laws need to be improved in the Garden State.

The program "languished" under Christie, the attorney said, noting struggles with access, among other issues.

“The addition of the new dispensaries and the broader patient qualifications were a necessary infusion for the market,” Hill-Zayat said of the changes made under Murphy.

An emphasis on social justice and expungement efforts would please the public and help with the progression of any bills, she said.

Jared Mancinelli is a private practice attorney and cannabis advocate. He voiced a concern regarding home cultivation in the state's proposed adult use measure.

"I fear that lack of home grow will artificially increase the price of flower and may price medical patients out of the market once adult use is passed," he said.

Price is already a concern for patients in the state.

Tori Rusko, a four-year enrollee in the program, said pricing is the most significant drawback.

Other facets of the market seem to be improving for business owners.

During a tour in September of Secaucus-based Harmony Dispensary, CEO Shaya Brodchandel said the state’s program has evolved over time.

When asked about improvements under the current governor, Brodchandel said businesses have experienced a reduction in product testing wait times.

In the past, there was a cap on how many strains Harmony could send for testing at any given time, Brodchandel said.

"It used to be where we could wait four or five weeks until we could reserve a spot … and then another four weeks or so until we got the strain results back."

Now, results tend to arrive around a week’s time, the CEO said.

While price is an issue, expansion of the medical program has been heralded by cannabis supporters.

Milestones for the state include being one of the first to add opioid use disorder to its qualifying conditions list.

Patient Rusko agreed that the market has improved.

“After New Jersey expanded its medicinal marijuana program last March, there has been a major improvement with qualifying conditions and dosing.”

The demand for justice reform and the potential for a lucrative tax revenue stream for New Jersey could combine to push state lawmakers to make another attempt at legalization this year.

In recent years, the adult use market has been estimated between a lofty $300 million and a more conservative $39 million.

Reports as of October suggest that the cannabis community in New Jersey does believe that legalization will come to the state soon enough.

Rudick touched on a policing aspect that could also sway the state.

"When you think about the protection against diversion when you have a neighboring state, it's going to be virtually impossible to police. So, then it's just a matter of time before the state that hasn't legalized gets [legislation] together so that they don't miss out on that revenue opportunity."

Adult use may seem uncertain, but locals and businesses appear high on the future of cannabis in New Jersey.

Rudick sees promise in New Jersey, despite its slow growth.

“We had six operators for a while, and then they added an additional six,” the attorney said. “It doesn't really have a robust market to really bring out the best quality medicine.”

That said, she remains like many in the state: confident that New Jersey will figure out its medical and adult use issues soon enough.

DIS: What Are The 5 Drivers That Could Affect Walt Disney Stock?