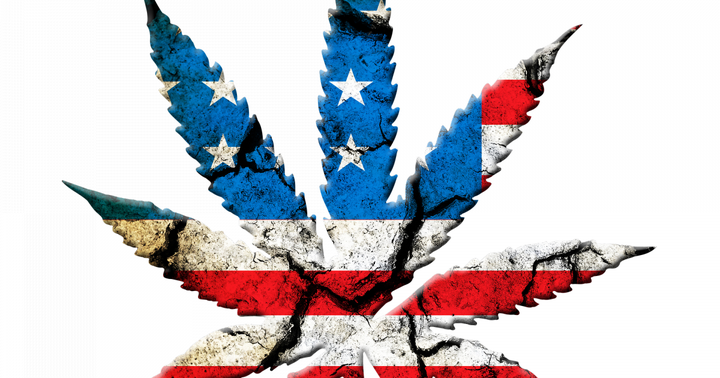 On Wednesday, U.S. Congress held a landmark hearing regarding cannabis legalization and the need to reform. Despite a lot of effort to legalize cannabis, the hearing highlighted that progress is still moving slow, at least on a federal level.

The hearing, titled "Marijuana Laws in America: Racial Justice and the Need For Reform" was conducted by the House Judiciary Subcommittee on Crime, Terrorism, and Homeland Security.

It featured testimony from a number of legalization advocates that stressed out the difficulties faced by cannabis businesses and consumers, despite the fact that more than half of U.S. states have legalized cannabis to some degree.

"It is imperative that we recognize the disparate and ongoing impact of marijuana prohibition on people of color and the barriers it creates for them to take part in the burgeoning legal cannabis market,” Aaron Smith, executive director of the National Cannabis Industry Association, said in a statement.

The need to remove cannabis from the Schedule 1 of the Controlled Substances Act was also highlighted as a necessary step.

"Clearly, the Schedule 1 status of marijuana is intellectually dishonest and has been scientifically debunked. The prospect of maintaining marijuana in the Controlled Substances Act is sheer lunacy in the 21st century," said NORML Political Director Justin Strekal.

Even though more than 60% of Americans support legalization of cannabis, according to a Gallup poll released last October, Congress isn't rushing to legalize cannabis on a federal level.

However, there are several pieces of legislation that aim to address the state of cannabis businesses and consumers in individual states. One is the SAFE Banking Act, which should provide businesses access to banking services.

The Ensuring Safe Capital Access for All Small Businesses Act of 2019, should allow entrepreneurs to apply for Small Business Administration loans.

Then there's the Strengthening the Tenth Amendment Through Entrusting States (STATES) Act, which aims to recognize U.S. state laws related to cannabis legalization.

The testimony from Wednesday's hearing might have an impact on the passage of these bills, which have strong bipartisan support.

"Not since the days of Harry Anslinger has cannabis been such a serious topic on Capitol Hill. With bipartisan support in both chambers, there is no good reason why Congress cannot address this issue before the 2020 election," said Don Murphy, director of federal policies for the Marijuana Policy Project.

"This hearing, which recognizes the racist effects of prohibition, is a positive step forward and we hope it serves as a starting point for real legislative action this year," said Steve Hawkins, executive director of the Marijuana Policy Project.

Never miss a news story in the cannabis world. Click here to check out Benzinga Cannabis for more

Below is a recap of the main news related to the cannabis industry and markets for the week of September 13, 2021. Contents read more

The Week In Cannabis: Tilray, BMW, Teen Use, The Valens Co, Flora Growth, Italy And More

Below is a recap of the main news related to the cannabis industry and markets for the week of September 6, 2021. Contents read more

The Week In Cannabis: $2B+ In M&A And Financings, Hexo, Terrascend, Gage, The DEA, NY, Panama And More

Below is a recap of the main news related to the cannabis industry and markets for the week of August 30, 2021. Contents read more