Hemp Is A $3.7 Billion Global Industry, But Where Does The US Fall In The Blossoming Market?

The cultivation of hemp for industrial use has been a major agricultural product throughout the world for hundreds of years, but the industry has really kicked into another gear in the last few years. According to research presented in the recently released Global State Of Hemp: 2019 Industry Outlook from New Frontier Data, industrial hemp is currently a $3.7 billion industry, with cultivations as large as 100,000 acres dating back to 1998 among European growers.

But in the U.S., onerous regulations kept the domestic market from establishing much of a presence in the global hemp market. While pilot programs introduced over the past decade have encouraged a nascent market to develop, the U.S. hemp industry is set to change drastically with the recent allowances granted to growers in the 2018 Farm Bill.

But where do the new freedoms put the domestic industry in terms of global growers?

The 2019 industry report shed light on just how rapidly U.S. hemp growers have themselves grown, as well as how far ahead countries like Canada and China have developed their cultivation industries. While the U.S. increased its hemp cultivation acreage by nearly 165 percent, the domestic growing industry is still only a fraction that of China or Canada, both of which dedicated more than 100,00 acres to the plant over the course of 2017. 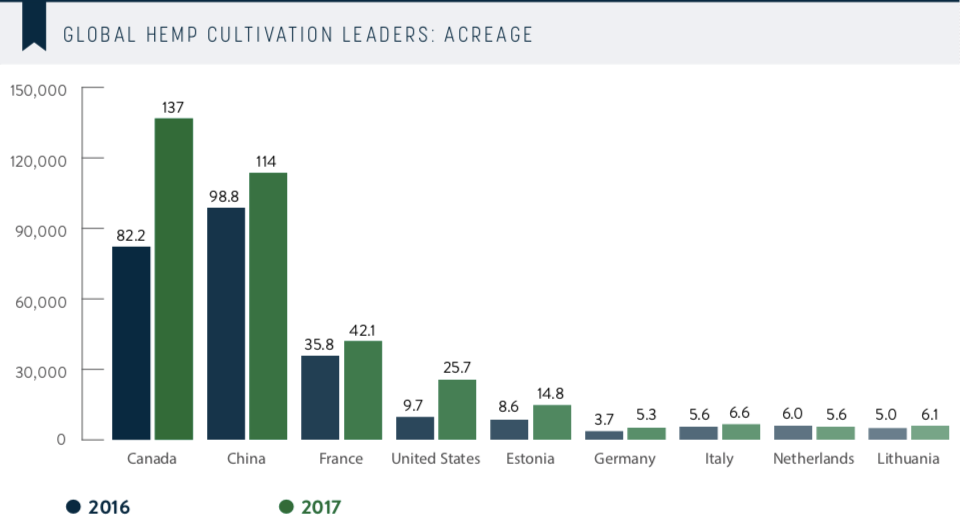 Despite the relatively minor space U.S. growers hold in global hemp cultivation, The U.S. is actually the second largest market for the product in terms of sales, spending about $1 billion throughout 2018. This is only slightly behind China, which purchased roughly 1.2 billion in hemp-based fibers or other products. 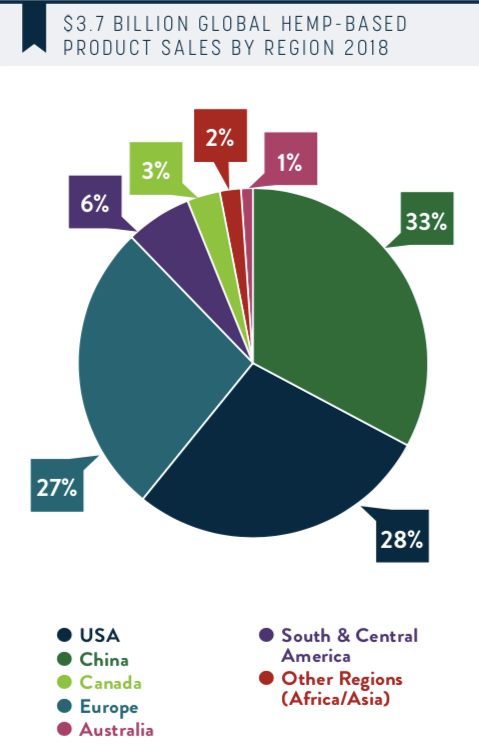 The report further breaks down these sales figures by analyzing what areas of the market each country has focused its buying on. It reports that 2018 sales were “driven by continued strength in Chinese textiles, European industrials, Canadian foods, and the U.S. hemp-derived CBD market.”

The report goes on to predict continued demand in the latter CBD market will be the main driving force behind the global hemp market’s continued growth, which it estimates will reach $5.7 billion by 2020.

Although domestic businesses and investors are just now grappling with the latent practical and medical potential of cannabis in general and hemp in particular, the rest of the world has already reckoned with the plant’s utility and versatility. What now remains to be seen is whether an unbound U.S. industry around the plant can spark new and greater demand for hemp the entire world over.

Green Growth Brands Inc., which has been experiencing shake-ups for months due to the current health crisis, confirmed that Randy Whitaker resigned from the interim chief executive officer's role. read more

2020 Made Me Too Paranoid For THC: Here's What I'm Smoking Instead

This article was originally published on Weedmaps, and appears here with permission. I love THC, but THC doesn't seem to love me back these days. Maybe other low-dose cannabis connoisseurs can relate. My stress has been at an all-time high, but my go-to combos for mellowing out have been backfiring spectacularly.  read more 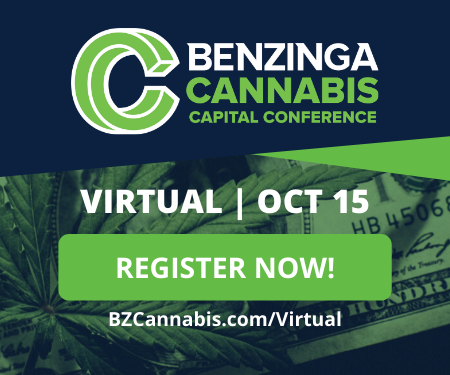