The funding round comprised a $37-million bridge round of preferred equity and $18 million in a senior secured note.

With the addition of Ohio to AWH’s roster, the company will be operational in four limited license cannabis markets: Massachusetts, Ohio, Illinois and Michigan. In addition, the company revealed some of the money will be allocated to the construction of AWH’s adult-use recreational cannabis flagship store in Boston.

The Cannabis Capital Conference is coming back to Toronto April 17-18!

'The Largest Cannabis Markets' In Eastern US

The raise was led by Shire Capital, Three Bays Capital and JM10 Partners. Existing investors including Poseidon Asset Management and Salveo Capital also participated in the funding round.

In just one year of operations, AWH has raised more than $100 million in total capital, making it one of the best-funded private companies in cannabis today.

Interested in learning more about the new funding and the company’s plans, Benzinga reached out to AWH founder and CEO Abner Kurtin.

"Our four states of focus have over 40 million individuals who represent the largest cannabis markets in the eastern part of the United States,” the CEO said.

When asked about the company’s plans for the new capital, Kurtin said AWH has an agreement to partner with Ohio licensees to create a vertically integrated operation.

Ascend Massachusetts plans to build out the flagship Boston location at a 15,000-square-foot, five-story building near Faneuil Hall, TD Garden and North Station.

"It was the first dispensary to be awarded a host community in the city of Boston for recreational sales. and will be a leading dispensary on the East Coast," Kurtin said.

When Benzinga asked about the possibility of international expansion, Ascend's CEO said the company is staying stateside.

“We are focused on limited license states in the United States only." 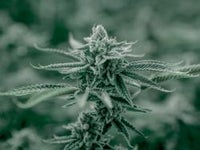 Cannabis REIT Innovative Industrial Properties, Inc. (NYSE: IIPR) is poised to raise up to $200 million through a private placement of its senior notes. read more 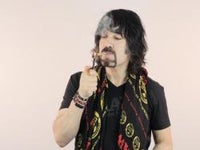 “As a kid, I lived in New York City. My dad, who was a sweater maker, used to do magic tricks during the holidays. He would light a rolling paper on fire and throw it in the air, and, poof, it would vanish. That was the only trick my dad knew, but it blew my mind. read more 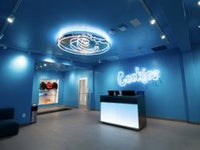